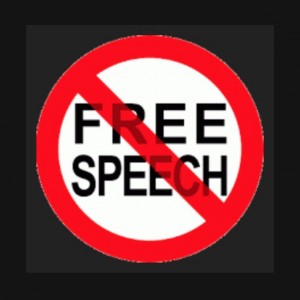 It seems as if the never-ending stream of American plebs being arrested for the most innocuous activities, things that were seen as completely normal just a few years ago, is continuing its irrational march forward toward peak nanny-statism, at which point everything will be criminalized.

This disturbing trend has been a key topic for Liberty Blitzkrieg in 2014. Here are the three most recent absurd cases from July and August alone:

Arguing that free speech is suffering at colleges across the US, an advocacy group filed lawsuits against four universities, seeking to strengthen the rights guaranteed by the Constitution.

The Foundation for Individual Rights in Education (FIRE) has filed lawsuits against four schools – Iowa State University, Ohio University, Chicago University and Citrus College in Glendora, California – that it says disrupt the flow of free speech in a number of ways, including the banning of particular T-shirts, for example, or by refusing to permit certain speakers address the student body on controversial issues.

According to the group’s estimate, about 60 percent of public universities and colleges have restrictions on rights guaranteed by the First Amendment.

“When you think it can’t get any worse, it does,” Cruz said at the FRC’s Watchmen on the Wall 2014 event in Washington, D.C. on Thursday. “This year, I’m sorry to tell you, the United States Senate is going to be voting on a constitutional amendment to repeal the First Amendment.”

It is easy for Google to dig something up if Google really wanted to shut down RT.

How about RT’s coverage of the Ukraine situation, which is definitely not being in line with western media propaganda?

RT America (another Russia Today channel) is still up.

“Recently, what came out with the justices in the United Kingdom … they looked at what happened on Miranda and other things, and they said it’s interesting: journalists have no standing when it comes to national security issues. They don’t know how to weigh the fact of what they’re giving out and saying, is it in the nation’s interest to divulge this.”
– General Keith Alexander, Director of the NSA

Although General Alexander states the above with regard to the UK justice system, he clearly agrees with the assessment. Read the passage above again and think about how scary that statement is. It becomes clear that one of the reasons abuses at the NSA are so egregious is because of the attitude of the person in charge. Alexander genuinely thinks that intelligence officials know best, and should not be subject to any sort of accountability. You don’t need to be a card-carrying member of the ACLU to see how dangerous this perspective is. To endorse this notion that “journalists have no standing when it comes to national security issues,” is to effectively make illegal one of the most important free speech rights in any democracy. This sort of attitude represents the antithesis of American values.

Not only does General Alexander see things this way, apparently he is lobbying for Congressional legislation that would solidify this authoritarian view within the law itself.

For example, the Guardian reported yesterday that:

General Keith Alexander, who has furiously denounced the Snowden revelations, said at a Tuesday cybersecurity panel that unspecified “headway” on what he termed “media leaks” was forthcoming in the next several weeks, possibly to include “media leaks legislation.” 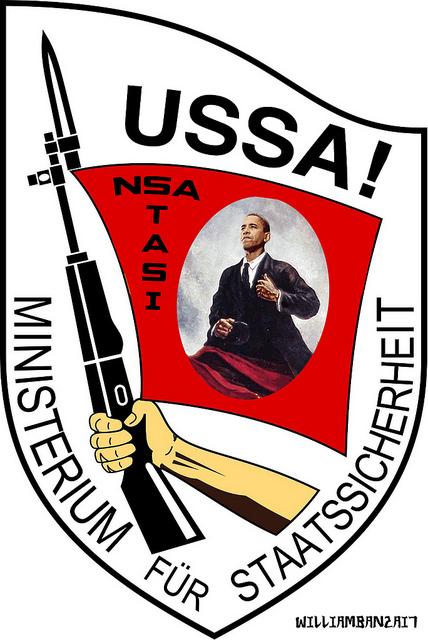 Last week, I highlighted the fact that the latest Press Freedom Index showcased a 13 point plunge in America’s press freedom to an embarrassing #46 position in the global ranking. If the authoritarians in the Obama Administration have their way, this country is set to fall much further in next year’s index.

Incredibly, the Federal Communications Commission (FCC) is set to roll out something called the Critical Information Needs study, which will embed government “researchers” into media organizations around the nation to make sure they are doing their job properly.

No this isn’t “conspiracy theory.” It is so real, and represents such a threat to the First Amendment, that a current FCC commissioner, Ajit Pai, recently wrote an Op-Ed in the Wall Street Journal, warning Americans of this scheme. He writes:

So much for your First Amendment rights!

The US House passed Wednesday two bills that would demand a $5,000 filing fee for any individual that wanted to hold an official protest of a drilling project, and that would give the feds less authority nationwide over hydraulic fracking rules.

HR 1965, the Federal Lands Jobs and Energy Security Act, imposes a $5,000 fee for anyone wishing to file for an official protest of a proposed drilling project. An amendment to the bill offered by Rep. Sheila Jackson Lee (D-TX) that would have clarified the fee to make sure it was not in violation of First Amendment rights was defeated.

In addition, the bill would allow for automatic approval of onshore drilling permits should the US Department of Interior (DOI) take over 60 days to act on an application. DOI would also be required to begin commercial leasing for development of oil shale – not to be confused with “shale oil” – which is rock that must be heated to about 1,000 degrees Fahrenheit to yield crude oil. 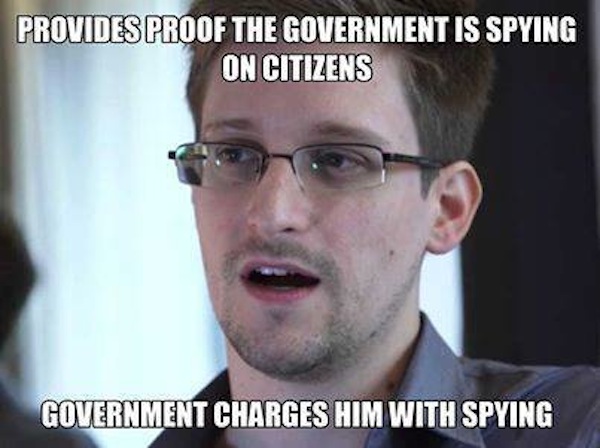 Secure and free web-based email service provider Lavabit shut down today. What makes Lavabit different from countless other email providers who have shuttered over the years is that according to BoingBoing, Lavabit is the email service supposedly used by Edward Snowden. Which would explain the nebulous tone in the farewell letter posted on the company’s front page by owner Ladar Levison. It also explains why Lavabit was shut down by the US government, although that was mostly inferred from the letter which due to legal limitations does not expound on the official reasons for the shut down – one can imagine. It certainly explains the following punchline in Levison’s letter: “This experience has taught me one very important lesson: without congressional action or a strong judicial precedent, I would _strongly_ recommend against anyone trusting their private data to a company with physical ties to the United States.“We wholeheartedly agree.

I have been forced to make a difficult decision: to become complicit in crimes against the American people or walk away from nearly ten years of hard work by shutting down Lavabit. After significant soul searching, I have decided to suspend operations. I wish that I could legally share with you the events that led to my decision. I cannot. I feel you deserve to know what’s going on–the first amendment is supposed to guarantee me the freedom to speak out in situations like this. Unfortunately, Congress has passed laws that say otherwise. As things currently stand, I cannot share my experiences over the last six weeks, even though I have twice made the appropriate requests.