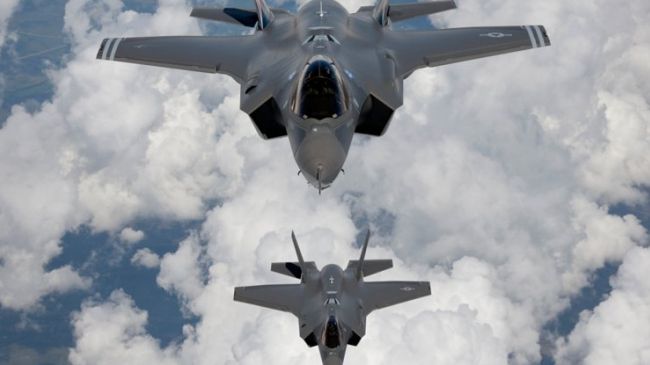 “The F-35 Joint Strike Fighter… is not, in fact, stealthy in the eyes of a growing number of Russian and Chinese radars,” the Aviation Week said.

It said the jet, which the Pentagon hopes would be stealthy, is “having all sorts of shortcomings.”

The report said the jet is not even effective in “jamming enemy radar”, adding the US Defense Department is spending “hundreds of billions of dollars” for a “fighter that will need the help of specialized jamming aircraft.”

It said the F-35 is even “susceptible to detection by radars operating in the VHF bands of the spectrum.” 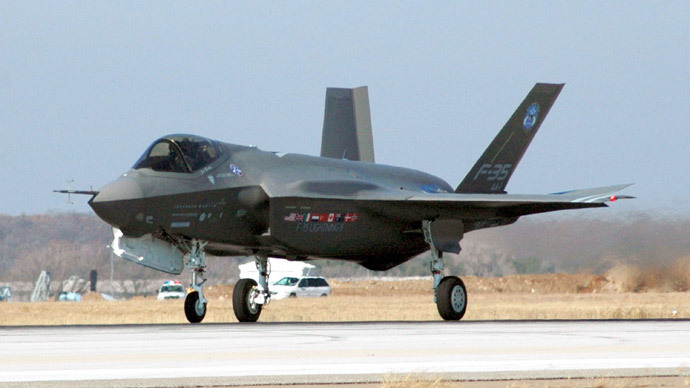 Read moreMoney For Nothing? Boeing Says F-35 Isn’t So Stealth After All 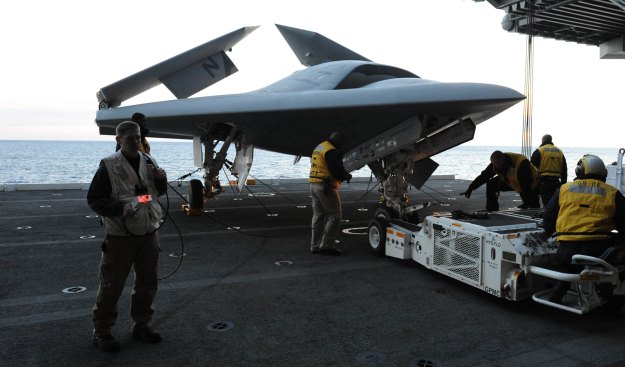 Could the U.S. Navy’s future Unmanned Carrier-Launched Airborne Surveillance and Strike (UCLASS) aircraft have an air-to-air role? The service’s director of air warfare Rear Adm. Mike Manazir posed that it could during a Dec. 20 interview with USNI News.

Manazir contemplated the possibility that that the UCLASS, which is primarily being designed for the intelligence, surveillance and reconnaissance (ISR) and strike roles, could be used as a flying missile magazine which could supplement the firepower of the F/A-18E/F and F-35C Joint Strike Fighter in air-to-air combat as a robotic wingman of sorts.

WASHINGTON (Reuters) – The Pentagon repeatedly waived laws banning Chinese-built components on U.S. weapons in order to keep the $392 billion Lockheed Martin Corp F-35 fighter program on track in 2012 and 2013, even as U.S. officials were voicing concern about China’s espionage and military buildup.

According to Pentagon documents reviewed by Reuters, chief U.S. arms buyer Frank Kendall allowed two F-35 suppliers, Northrop Grumman Corp and Honeywell International Inc, to use Chinese magnets for the new warplane’s radar system, landing gears and other hardware. Without the waivers, both companies could have faced sanctions for violating federal law and the F-35 program could have faced further delays.

“It was a pretty big deal and an unusual situation because there’s a prohibition on doing defense work in China, even if it’s inadvertent,” said Frank Kenlon, who recently retired as a senior Pentagon procurement official and now teaches at American University. “I’d never seen this happen before.”

The F-35′s rearward visibility is limited.

The F-35 Joint Strike Fighter, the military’s expensive main warplane of the future, has a huge blind spot directly behind it. Pilots say that could get them shot down in close-quarters combat, where the flier with the better visibility has the killing advantage.

“Aft visibility could turn out to be a significant problem for all F-35 pilots in the future,” the Pentagon acknowledged in a report (.pdf) obtained by the Project on Government Oversight, a Washington, D.C. watchdog group.

That admission should not come as a surprise to observers of the Joint Strike Fighter program. Critics of the delayed, over-budget F-35 — which is built in three versions for the Air Force, Navy and Marine Corps — have been trying for years to draw attention to the plane’s blind spot, only to be dismissed by the government and Lockheed Martin, the Joint Strike Fighter’s primary builder.

The Pentagon on Friday grounded its fleet of F-35 fighter jets after discovering a cracked engine blade in one plane.

The problem was discovered during what the Pentagon called a routine inspection at Edwards Air Force Base, Calif., of an F-35A, the Air Force version of the sleek new plane.

The Navy and the Marine Corps are buying other versions of the F-35, which is intended to replace older fighters like the Air Force F-16 and the Navy F/A-18.

It’s the world’s most expensive combat aircraft, but don’t expect it to fly in bad weather: The $237-million F-35B has been banned from traveling within 25 miles of a thunderstorm, amid fears that lightning could cause its fuel tank to explode.

The aircraft, which is ironically known as ‘Lightning II,’ is not permitted to fly in thunderstorms until an oxygen gauge in the fuel tank is redesigned.

The most expensive weapons program in U.S. history is about to get a lot pricier.

The F-35 Joint Strike Fighter, meant to replace nearly every tactical warplane in the Air Force, Navy and Marine Corps, was already expected to cost $1 trillion dollars for development, production and maintenance over the next 50 years. Now that cost is expected to grow, owing to 13 different design flaws uncovered in the last two months by a hush-hush panel of five Pentagon experts. It could cost up to a billion dollars to fix the flaws on copies of the jet already in production, to say nothing of those yet to come.

In addition to costing more, the stealthy F-35 could take longer to complete testing. That could delay the stealthy jet’s combat debut to sometime after 2018 — seven years later than originally planned. And all this comes as the Pentagon braces for big cuts to its budget while trying to save cherished but costly programs like the Joint Strike Fighter.