There are highlights of the draft budget proposed by the European Parliament for its own building programme:

Although the member states are working to constrain their expenditure, one item in their national budgets keeps rising: contributions to the EU budget. Recession? What recession?

Read moreHow the European Parliament is spending your taxes 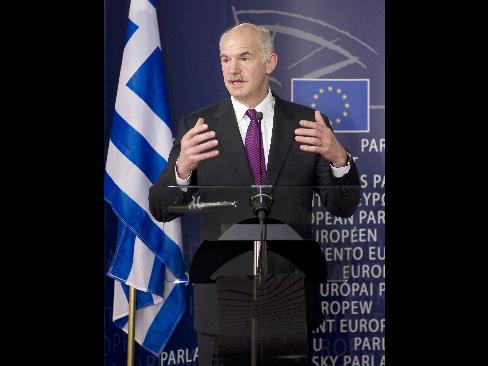 Related article:
– JPMorgan Employee Who Invented Credit Default Swaps is One of the Key Architects of Carbon Derivatives, Which Would Be at the Very CENTER of Cap and Trade

… suddenly politicians “get religion” about making damn sure it has no bullets in it:

“We’re of the opinion that a quick implementation of actions in the area of CDS has to happen,” Merkel said. Citing “ongoing speculation against euro-region countries,” she called for the “fastest possible” implementation of new rules. Europe must “do everything to avoid unhealthy speculation,” said Juncker, who heads the euro-area finance ministers group.

Where ‘ya been Angie?

Oh, and you too Papandreou:

“Europe and America must say ‘enough is enough’ to those speculators who only place value on immediate returns, with utter disregard for the consequences on the larger economic system,” Papandreou said yesterday in a speech in Washington.

And, of course, Sarkozy.

Note that I’ve been calling for these things to be either exchange-traded with central counterparty “blinding” (on purpose) as is the case with the regulated option and futures markets or be torn up since The Ticker began publication.

Why?  Because it is my position and remains so that unless you have this sort of market these contracts are all a scam.

They are a scam because:

Read moreWhen The Gun Is In YOUR Mouth…. (CDS / Merkel) 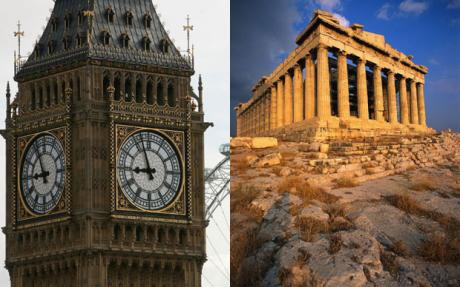 All of that taxpayer money ultimately landed in the hands of the elite criminals, that control the governments, the central banks and banks (and almost all corporations) and that have planned this entire financial crisis.

And as solution to the crisis will be the New World Order.

BRUSSELS, March 8 (Reuters) – The European Union’s executive is considering a new rescue fund for euro zone countries to prevent future financial crises like that in Greece, a spokesman said on Monday.

“Basically the (European) Commission is ready to propose such a European instrument for assistance which will require the support of all euro area member states,” Commission spokesman Amadeu Altafaj told a daily news briefing.

“There is a clear sense of determination to improve economic governance of the euro area.”

The idea of creating a European monetary fund was floated at the weekend by German Finance Minister Wolfgang Schaeuble, who said he favoured a body that commanded “the experience of the International Monetary Fund and similar executive powers”.

Altafaj stressed it was too early to say whether the fund would be just a financial instrument or a new institutional body with a separate staff and budget.

“We are in very open discussions at this point in time, considering ways and means to be more effective both on the intervention side … but also the preventive side,” he said.

“If we created the euro, we cannot let a country fall that is in the eurozone,” said Sarkozy yesterday before a meeting with Papandreou in Paris today. “Otherwise there was no point in creating the euro. We must support Greece because they are making an effort.”

EU leaders have so far refused to give financial aid to Greece and have ordered the government to cut its budget deficit, the EU’s highest, on its own. While Papandreou says steps taken this past week to slash the shortfall warrant more help from the EU, German Foreign Minister Guido Westerwelle said yesterday that his country is “not going to write a blank check.”

Papandreou is visiting Berlin, Paris and Washington after his government passed a 4.8 billion euro ($6.5 billion) austerity package on March 5. A poll published in To Vima newspaper today showed 51.9 percent of voters support him even after the cuts, compared with 47.5 percent who don’t.

EU CHIEF VOWS TO RUN OUR ECONOMY FROM BRUSSELS 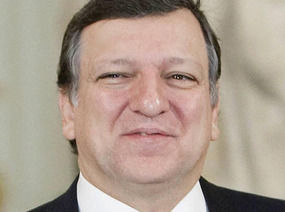 EUROPE’S chief bureaucrat last night provoked fury after threatening to use the “full force” of the Lisbon Treaty to impose economic control over every EU nation.

European Commission President Jose Manuel Barroso claimed that financial stability was so critical that sweeping new powers were needed for Eurocrats in Brussels to meddle in the economies of all EU members.

But his threat sparked an angry backlash from critics of an ever- growing Brussels bureaucracy.

It raised fears that the EU – under unelected (!) new President Herman van Rompuy – is planning a power grab.

Timothy Kirkhope, the leader of Tory Euro MPs, said: “The idea of compulsory economic policies is deeply disturbing. It reflects a very old fashioned ‘command and control’ approach which does not solve problems of the 21st century.” Mats Persson, director of think-tank Open Europe, said: “Economic growth cannot be forced from the centre.

“The unelected Commission is seeking to gain power over one of the corefeatures of democratic politics, deciding how a country’s economy is run. This has no public support and runs the risk of being hijacked by narrow political interests.” 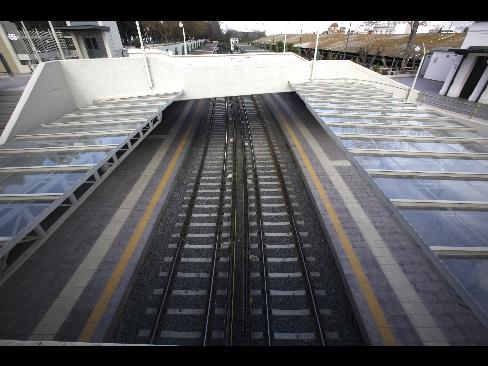 Empty rail tracks are seen at at the entrance to the Thision underground railway in Athens on March 5, 2010. (Bloomberg)

Police with riot shields fired tear gas as demonstrators wearing biker helmets and ski masks pelted them with stones outside parliament in Athens where lawmakers approved the measures. Finance Minister George Papaconstantinou told parliament the cuts will show European Union allies and investors that Greece is making good on its deficit pledges.

“We didn’t create this crisis but now we have to pay for it,” said Manthos Adamakis, who was protesting with other catering workers outside the five-star Grande Bretagne Hotel on Syntagma Square in downtown Athens.

The Fed, creating the US dollar out of thin air, is the real Ponzi scheme here and not gold.

“You see sir, I am a huge fan of yours, but I have a real difficulty here that I’d like you to help me out with. If I’m looking to invest in my retirement, I have a choice of investing in the American stock market, which is basically a play on change, bright people, working internationally in teams, around the world, and chasing the margin every day of their lives… OR… I can do what you’re suggesting and buy an inanimate object that sits in a dark, damp cellar somewhere, that may or may not be in short supply, may or may not glitter in the correct light, but really has no productive power. Isn’t gold the ultimate Ponzi scheme?”

“No, I don’t think it’s a Ponzi scheme, and it’s not a liability of someone else… it’s quantity cannot be increased at the same rate as you can print money… I’m not saying that the dollar will go straight away down because other currencies like the euro are even worse at the present time. But eventually if you print money, the purchasing power will lose.”