While Bitcoin, and recent Chinese and Korean momentum favorite, Litecoin, have been relatively stable for much of the day, Ethereum suffered dramatic losses on Wednesday, sliding from $360 to $260 before rebounding, in the process experiencing what may have been its first flash crash, when it plunged by 96% from $315 to $13 on massive volume, before rebounding.

As tends to happen without fail during volatile crypto-periods, the crash almost immediately took the Coinbase offline. 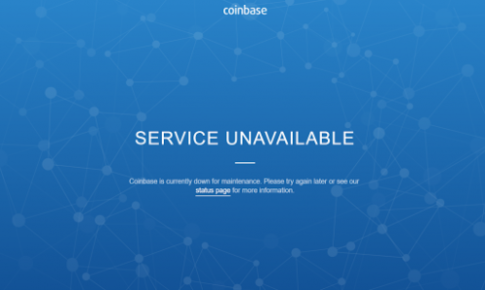 Over the past 24 hours, there were several warnings about “unstable operation” in the Ethereum Network, such as this one from the BTC-E exchange.

Two weeks ago, in our latest comparison of Bitcoin and its up and coming competitor, Ethereum, we said “step aside bitcoin, there is a new blockchain kid in town.” Actually, we said that for the first time back in February when Ethereum was still trading in the low teens (the return on ETH since then is roughly 3000%), but the most recent glance provided some perspective on where the competition between the two largest cryptocurrencies may culminate, because according to at least two venture capitalists, the market cap of Ethereum – currently roughly $35 bilion – and whose share of the market has been soaring, will surpass that of Bitcoin, at ~$43 billion although it changes by the second, sometime before the end of 2018.

Two things: first, at the current rate of gains in Ethereum market share (and loss in Bitcoin’s), the inflection point between the two will come not in months, or weeks, but perhaps days.

– Ethereum Price Surges Over $300 – Has The Cryptocurrency Asset Class Arrived?:

“The Yang of this argument about the two top cryptos is here:~

– Ethereum Forecast To Surpass Bitcoin By 2018:

And here is why we should pay attention:

… I was thinking, what if this is the future new wold currency and we are happily helping TPTB to install the new global currency system?

And when it came out that people, like Bilderberger Peter Thiel, were investing into it, that uneasy feeling about Bitcoin, aside that it is a virtual currency, that is backed by absolutely nothing, was not getting any better.

If you have time, then watch this video (in case you haven’t done so already): 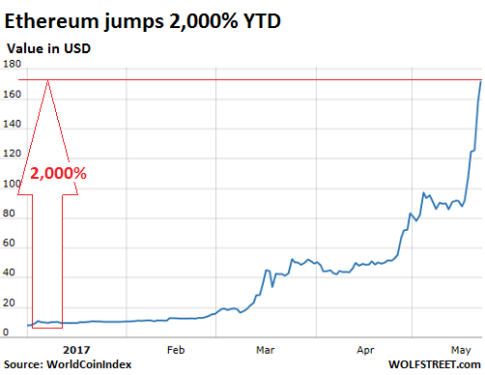 “I’m having a deja-but moment….back to the late nineties and the dot com bubble.
I wonder?”