The more you try to shut them up, the more they have to say…Just out from Egan-Jones

Read moreEgan-Jones Downgrades GERMANY’s Credit Rating From A+ To A, Outlook Negative

“I’m sure you have already guessed the ending: Egan-Jones is banned from for the next 18 months from rating US government debt. They’ve effectively been silenced from telling the truth.”

As I’ve said many times before: Prepare for collapse. 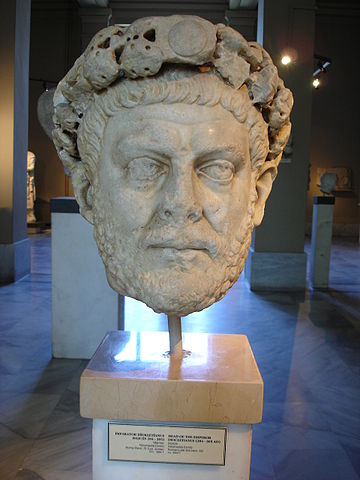 Early in the 4th century, Emperor Diocletian issued an infamous decree to control spiraling wages and prices in the rapidly deteriorating Roman Empire.

As part of his edict, Diocletian commanded that any merchant or customer caught violating the new price structures would be put to death.

This is an important lesson from history, and a trend that has been repeated numerous times. When nations are in terminal economic decline, governments will stop at nothing to keep the party going just a little bit longer.

Read moreSCAM COMPLETE: The US Government Takes A Page From Diocletian’s Book … Bans Egan-Jones From Rating US Government Debt!!!

From Egan Jones, who downgraded the US for the first time ever last July, two weeks ahead of S&P:

Up, up, and away – the FED’s QE3 will stoke the stock market and commodity prices, but in our opinion will hurt the US economy and, by extension, credit quality. Issuing additional currency and depressing interest rates via the purchasing of MBS does little to raise the real GDP of the US, but does reduce the value of the dollar (because of the increase in money supply), and in turn increase the cost of commodities (see the recent rise in the prices of energy, gold, and other commodities). The increased cost of commodities will pressure profitability of businesses, and increase the costs of consumers thereby reducing consumer purchasing power. Hence, in our opinion QE3 will be detrimental to credit quality for the US.

Read moreEgan-Jones Downgrades US Credit Rating From AA To AA-

And so, the little rating agency that could, just gave Spain the triple hooks, downgrading the country from B to CCC+, negative outlook. As a reminder, the Uganda credit rating is B: it sure is no Spain.

Synopsis: KINGDOM OF SPAIN EJR Sen Rating(Curr/Prj) CCC+/ CC Rating Analysis – 6/13/12 EJR CP Rating: C Debt: EUR805.9B EJR’s 1 yr. Default Probability: 18.0% Spain continues to be weakened by high funding costs (6.75% for 10yr today), the gov. deficit of 9.6%, an estimated decline in GDP of 1.7% (per the Economy Ministry), the 24.4% unemployment, the IIF’s recent estimate of additional bank loan losses up to EUR260B, and possible depositor withdrawals. Over the past four fiscal years, that is from 2008 to 2011, Spain’s GDP declined from EUR1.09 trillion to EUR1.07 trillion. Meanwhile, its debt mushroomed from EUR519B to EUR806B. With the EUR100B infusion for Spain’s banks, the debt to GDP will rise to 90% plus future additions for the government deficit, support for its regions and additional support for its banks. Social benefits are a major problem; while payments to the govt have been down EUR 3B (2008 to 2011), payments from the government have been up EUR 29B). As a result, Spain is short about EUR50B per year for social payments, EUR35+B per year for interest, and an additional EUR 30B for asset growth; hence the EUR110+B per annum increase in debt. As we expected, Spain requested support for its banking sector and will probably need cash for weaker provinces. Assets of Spain’s largest two banks exceed its GDP. We are slipping our rating to ” CCC+ ” ; watch for more requests for support from the banks and money creation.

– Nigel Farage: ‘Once Greece Leaves The ECB Is Bust’ – ‘The Euro Titanic Has Now Hit The Iceberg And Sadly There Simply Aren’t Enough Lifeboats’ (Video) 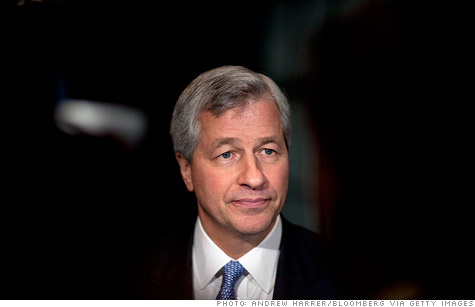 NEW YORK (CNNMoney) — The closing bell brought no relief for JPMorgan Chase on Friday, as a major credit rating agency moved to downgrade its debt almost exactly 24 hours after the bank revealed a $2 billion trading loss.

Fitch Ratings downgraded both JPMorgan’s short-term and long-term debt, with the latter falling to A+ from AA-. The bank, the country’s largest by assets, was also placed on ratings watch negative.

Fitch said it views the $2 billion loss as “manageable” but added that “the magnitude of the loss and ongoing nature of these positions implies a lack of liquidity.”

Update: now S&P is also one month behind Egan Jones: JPMorgan Chase & Co. Outlook to Negative From Stable by S&P. Only NRSRO in pristinely good standing is Moodys, and then the $2.1 billion margin call will be complete.

So it begins, even as it explains why the Dimon announcement was on Thursday – why to give the rating agencies the benefit of the Friday 5 o’clock bomb of course:

What was the one notch collateral call again? And when is the Morgan Stanley 3 notch cut coming? Ah yes:

So… another $2.1 billion just got Corzined? Little by little, these are adding up.

Oh and guess who it was that downgraded JPM exactly a month ago. Who else but SEC public enemy number one: Egan-Jones:

… but not from us: after all we are known for being biased, which in the mainstream media parlance means calling it like it is. No – instead we leave it to none other than Bloomberg’s Jonathan Weil who does as good a job of being “biased” as we ever could: “Egan-Jones, which has been in business since 1992, could have continued operating as an independent publisher of ratings and analysis, not subject to government oversight or control. Instead it chose to play within the Big Three’s system, exposing itself to regulation and the whims of the SEC in exchange for the government’s imprimatur. Now it’s paying the price.” And not only that: as the most recent example of Spain just shows, where Egan Jones downgraded Spain 9 days ago and was ignored, but well ahead of everyone else, only to be piggybacked by S&P, and the whole world flipping out, it has become clear: calling out reality, and the fools that populate it, is becoming not only a dangerous game, but increasingly more illegal. Then again – this is not the first time we have seen just this happen in broad daylight, with nobody daring to say anything about it. In fact, this phenomenon tends to be a rather traditional side-effect of every declining superpower. Such as the case is right now…

The first time I wrote about Sean Egan and his small, independent credit-research firm, Egan-Jones Ratings Co., was in December 2007 for a column about the bond insurer MBIA Inc. (MBI) And man, did he nail it.

The three big credit raters — Moody’s Investors Service, Standard & Poor’s, and Fitch Ratings — all had AAA ratings on MBIA’s insurance unit, their highest grade. Egan said it deserved much lower. Anyone reading MBIA’s financial reports could see the company was losing money and needed billions of dollars of fresh capital.

By mid-2008, the Big Three had cut their ratings. Once again, Egan, a lonely voice of reason who saw the financial crisis coming, had shown his larger competitors to be incompetent or compromised. It was one of many great calls to come for Egan-Jones. As for MBIA, which had no revenue last quarter, it’s still struggling.

So if you had told me back then that the Securities and Exchange Commission’s enforcement division more than four years later would be accusing Egan, and his firm, of securities-law violations — but not any of the big rating companies — there’s no way I would have believed you. That’s what happened this week, though.

The iconoclastic rating agency, and fully recognized NRSRO to the dismay of some tabloids, which just refuses to play by the status quo rules, and which downgraded the US for the second time last Friday, to be followed soon by other rating agencies as soon as US debt crosses the $16.4 trillion threshold in a few short months, has just done the even more unthinkable and downgraded Fed boss JPMorgan from AA- to A+.

Germany maintains its position as the European Union’s top economy. However, Germany has been shouldering the burdens of other EU countries via its exposure to the EFSF and indirectly via the ECB’s hefty exposure to the weaker banks and the weaker sovereign credits. The country’s debt to GDP of 83% as of 2010 (expect near 86% for 2011) and a deficit to GDP of 4.6% is weak (and getting weaker) for a top-tier country. On the positive side, unemployment was only 6.8% but will probably increase as many EU countries implement austerity measures. Other positives were the positive (EUR133B) balance of trade and the positive (EUR193B) current account as of the end of 2010. Inflation has been fairly moderate at 2%, but we expect an increase as a result of the decline in the euro relative to the dollar.

German chancellor Angela Merkel continues to create tension with EU member states by pushing for ratification of changes to the Lisbon Treaty. The government insists that private investors bear more of the costs of further European bailouts. Note, the cost of the bailouts is likely to be absorbed via increased support for the EFSF, the ESM, the ECB and a rise in the number of euros. The fallout from a likely Greek default needs to be monitored.

Prone to controversial actions, ratings agency Egan-Jones axed Germany’s sovereign rating from AA to AA- and kept it on negative credit watch. While remaining the Eurozone’s strongest economy, German tax payers will be footing a significant portion of the bill for the different bailout mechanisms in place, from the EFSF to the ECB and even the IMF’s funding facilities.

“Germany does benefit from flight to quality flows,” explained Egan, adding that mathematics doesn’t lie, and eventually, someone will have to pay the bill. “The major positive German has realized over the past year has been the significant decline in its funding costs, […] the two-year debt yield has declined from 2% to near 0 while the 10-year has declined from above 3% to below 2%,” read the report.