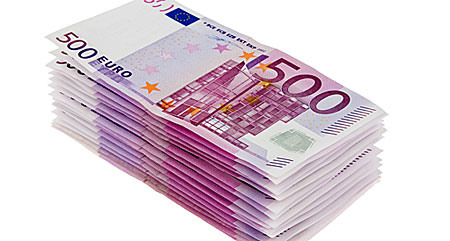 International drug cartels have abandoned the US dollar for high denomination euros to launder millions in illegal profits, Europol has revealed. The gangs no longer use $100 bills because €500 notes – the largest denomination of euro – take up less room when transporting large amounts of cash across the world.

In a single consignment on a British Airways plane bound for London from the United States, US police found £11m worth of drug profits in €500 bills. The Colombian and Mexican cartels’ conversion to the European currency is even acknowledged in popular culture: American rapper Jay-Z’s video for his single, Blue Magic, features a suitcase full of €500 notes as he sings about “the kilo business”.

Rob Wainwright, director of Europol, said last week police forces across continental Europe were tracking the movements of smuggled and laundered euros and had traced much of it back to large drug gangs.

“We have seen examples of high denomination notes hidden in cereal packets, tyres, concealed compartments in lorries, and so on,” he said.

Evidence has emerged that the Texan who bankrolled English cricket may have been a US government informer.

Sir Allen Stanford, who is accused of bank fraud, is the subject of an investigation by the BBC’s Panorama.

Sources told Panorama that if he was a paid anti-drug agency informer, that could explain why a 2006 probe into his financial dealings was quietly dropped.

Sir Allen vigorously denies allegations of financial wrongdoing, despite a massive shortfall in his bank’s assets.

Related information:
– Kucinich: Who Told SEC to “Stand Down” on Stanford Probe?
– US authorities had been investigating Allen Stanford for 15 years! (Times)
– FBI tracks down Texas financier in $8 billion fraud case (AP):
Stanford is not under arrest and is not in custody.
– Past probes sought to tie Stanford to drugs (Houston Chronicle)
– Former Assistant Secretary of Housing: The U.S. is the Global Leader in Illegal Money Laundering

But the British receiver of his failed Stanford International Bank – based in Antigua – told Panorama that the books clearly show the deficit.

The $6.7bn (£4.4bn) black hole in Sir Allen’s off-shore bank affects 28,000 depositors – 200 of whom are British, who have collectively lost $80m (£53m) – and raises serious questions for the British Foreign Office and the American authorities.

Secret documents seen by Panorama show both governments knew in 1990 that the Texan was a former bankrupt and his first bank was suspected of involvement with Latin American money-launderers.

Read moreBBC: Allen Stanford may have been a US government informer 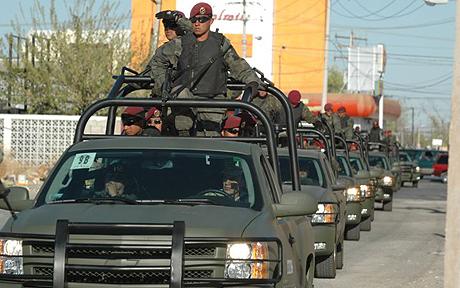 The new addition to the world’s most bloodthirsty gangs are sicaritos, or child assassins.

As guerrilla forces have discovered in Africa, 13 and 14-year-old children on the margins of society make fearless killers. In Juarez, now Mexico’s drug addict capital, they are almost certain to be high on crack cocaine.

The city of 1.8 million people, separated by just a bridge over the Rio Grande from El Paso in Texas, sits on a major drug route and has been the epicentre of the brutal drug violence gripping Mexico and increasingly creeping over the border into the United States.

In a city now empty of the Americans who used to flock here for the lively bars and flea markets, taxi drivers can instead offer visitors a macabre tour of the many murder spots as well as streets where drug deals can be seen being conducted within yards of the local police.

In one street alone, home to a strip of non-descript, cartel-owned bars, 16 people have been killed in the past two months.

Usually, the gunmen – teenagers among them – will saunter in and spray indiscriminately with AK-47 assault rifles, hitting both their targets and innocent bystanders. Few suspects are ever arrested as the local police are often working for the same cartels.

In an alarming dispatch from Afghanistan, the Conservative MP reveals the rampant corruption that has infected public life and threatens to destroy Nato’s hopes of bringing peace to this traumatised country 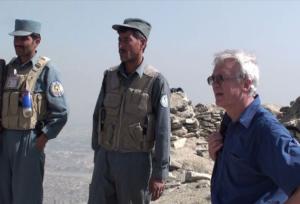 ‘We need a new strategy,’ says Tory MP David Davis, on a factfinding mission to Afghanistan

It is time to face facts in Afghanistan: the situation is spiralling downwards, and if we do not change our approach, we face disaster. Violence is up in two-thirds of the country, narcotics are the main contributor to the economy, criminality is out of control and the government is weak, corrupt and incompetent. The international coalition is seen as a squabbling bunch of foreigners who have not delivered on their promises. Although the Taliban have nowhere near majority support, their standing is growing rapidly among some ordinary Afghans.

In Kabul, foreign delegations huddle behind concrete and barbed wire, often with the Afghans’ main roads shut. That causes jams throughout the city, exacerbated by convoys of armoured four-wheel drives loaded with bodyguards that push their way through the traffic. These vehicles carry warning signs telling ordinary Afghans that the occupants reserve the right to shoot anyone who comes within 50 metres. Afghans veer between resentment of the high-handed foreigners and fear of the Taliban, who appear to be inexorably seizing the provinces around the city.

In Britain’s area of responsibility, Helmand, the governor admits the Taliban control most of the province. While we were, properly, celebrating the delivery of the turbine to the Kajaki dam, we were being forced out of one of the richest poppy growing areas, and the Taliban fought their way to within 12km of Lashkar Gar, the provincial capital. Time after time, our soldiers win tactical victories, only to have the advantage lost because of a lack of coherent international strategy.

The regime we are defending is corrupt from top to bottom. While the President’s brother faces accusations of being a drug baron, some three-quarters of the Afghan National Police actively steal from the people. The irony is that Afghan expectations of government are traditionally low, and their faith in President Hamid Karzai was initially high. 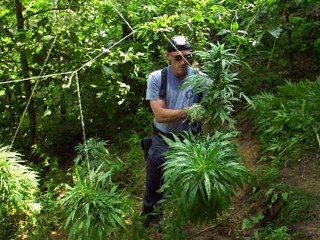 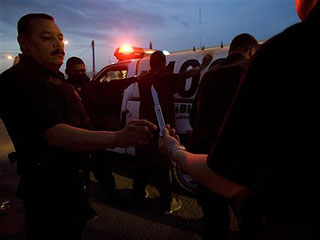 Drug cartels are sending a brutal message to police and soldiers in cities across Mexico: Join us or die.

The threat appears in recruiting banners hung across roadsides and in publicly posted death lists. Cops get warnings over their two-way radios. At least four high-ranking police officials were gunned down this month, including Mexico’s acting federal police chief.

Mexico has battled for years to clean up its security forces and win them the public’s respect. But Mexicans generally assume police and even soldiers are corrupt until proven otherwise, and the honest ones lack resources, training and the assurance that their colleagues are watching their backs. Here, the taboo on cop-killing familiar to Americans seems hardly to apply.

Police who take on the cartels feel isolated and vulnerable when they become targets, as did 22 commanders in the border city of Ciudad Juarez when drug traffickers named them on a handwritten death list left at a monument to fallen police this year. It was addressed to “those who still don’t believe” in the power of the cartels.

Of the 22, seven have been killed and three wounded in assassination attempts. Of the others, all but one have quit, and city officials said he didn’t want to be interviewed.

“These are attacks directed at the top commanders of the city police, and it is not just happening in Ciudad Juarez,” Mayor Jose Reyes Ferriz said at the funeral of the latest victim, police director Juan Antonio Roman Garcia. “It is happening in Nuevo Laredo, in Tijuana, in this entire region,” he said. “They are attacking top commanders to destabilize the police force.”

The killings are in response to a crackdown launched by President Felipe Calderon, who has sent thousands of soldiers and federal police across the nation to confront the cartels. Drug lords have hit back by sending killers to attack police with hand grenades and assault rifles.

Police are increasingly giving up. Last week, U.S. officials revealed that three Mexican police commanders have crossed into the United States to request asylum, saying they are unprotected and fear for their lives.

Read moreDrug Cartels to Mexican Police: ‘Join Us or Die’