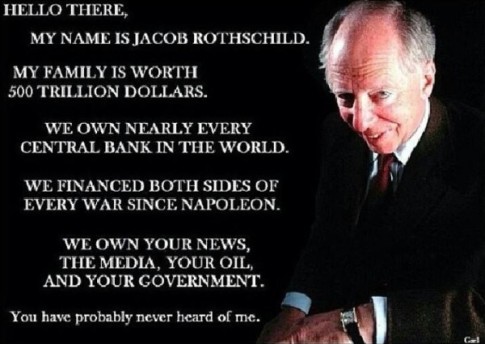 – Where Have All The Dollars Gone?:

Lobro and Arnold reflect on the vast wealth of the Jews and ask,  “Where have all the missing dollars gone?” I once asked economist Ellen Brown the same two questions asked by a commenter on this site a couple of days ago: (1) What percentage of the world’s wealth is in Jewish hands?  (2) What percentage of America’s wealth is in Jewish hands?  I don’t remember her exact words, but her response went something like this: “There are no figures giving these details; and if there were, they would be suppressed.”  (LD)

ARNOLD:  The Jews control all three branches of our government with bribes and blackmail. They control the media. They took over our government for one purpose alone: to control America and exploit it in the service of Israel and the Jewish people.

50% of the campaign contributions to the Democratic party comes from the Jewish lobby (40% for Republicans). Ten times as much money flows under the table in secret bribes and secret deals.

Read moreWhere Have All The Dollars Gone?