With NATO’s top military commander, General Breedlove, proclaiming that fighting in Ukraine is worse than pre-truce levels(and noting he could not confirm Poroshenko’s Russian force numbers accusations), the news overnight, as The Telegraph reports, that Ukrainian forces appeared to withdraw from Donetsk airport last night, ending an 8-month battle in a bitter blow for pro-Kiev forces and apparent triumph for the Russian-backed separatists they are fighting. While the Pro-Russian separatists’ Pyrrhic victory over the completely destroyed (as we noted here) airport may be a blow, a Ukrainian military spokesman on Thursday played down the surrender of the terminal buildings, saying it was simply a tactical withdrawal. Additionally, Russia has denounced an attack on a bus in separatist-held Donetsk which killed civilians as a “monstrous crime.” 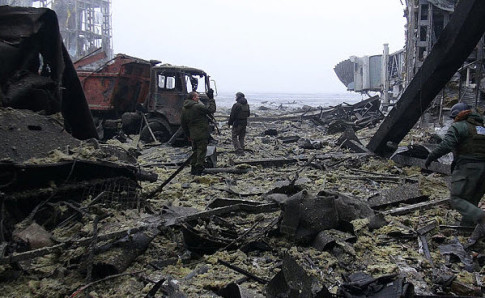 Ukrainian forces appeared to withdraw from Donetsk airport last night, bringing to an end an eight-month battle in what will be seen as a bitter blow for pro-Kiev forces and a triumph for the Russian-backed separatists they are fighting.

Over the past few days there has been renewed, large-scale fighting over the airport in Donetsk. Now, after months of almost non-stop shelling there is almost nothing left of what was a previously a new, modern facility. As Conflict-News reports, this video shot by a Ukrainian activity group using a multicopter drone gives the viewer a birds-eye view of the ruins of what was once Donetsk International Airport.

It shows not just the damage to the buildings and planes housed there, but also the scars of months of battles, including ruined amoured vehicles.

And there are no signs of it easing tonight…

– Eyewitness Report from Donetsk: Is There a Peaceful Solution? (New Eastern Outlook, Jan 16, 2015)

MOSCOW, October 1 (RIA Novosti) – Russian Foreign Minister Sergei Lavrov said Wednesday that more than 400 bodies have been discovered in mass graves near the city of Donetsk in eastern Ukraine, in what he described as “horrific” evidence that pointed to a war crime.

“This is obviously a war crime. Already more than 400 bodies have been discovered in [mass] graves outside Donetsk and we hope that western capitals will not hush up these facts [because] they’re horrific,” Lavrov said, adding there was an apparent blackout of the incident in Western mass media.

Kiev and self-defense forces signed a memorandum aimed at effectively halting all fighting in eastern Ukraine after talks in Minsk. It creates a buffer zone, demands a pullback of troops and mercenaries, and bans military aviation flybys over the area.

“The first [point] is to stop the use of weapons by both sides; the second is to stop all military and militia units in their positions as of September 19. The third is to ban the use of all types of weapons and offensive action,” former Ukrainian president Leonid Kuchma, who represents Ukraine at the talks, told journalists. 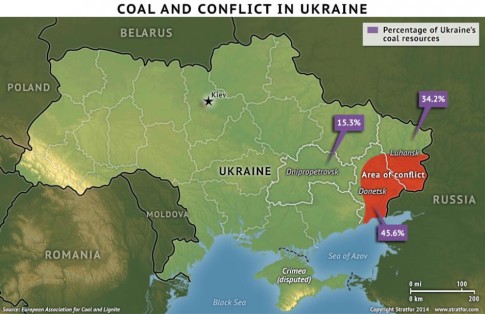 – More Than Just Gas: Is This Natural Resource The Reason For The Ukraine Civil War? (ZeroHedge, Sep 18, 2014):

Earlier today, we got a definitive confirmation that when Obama was talking about “costs” when jawboning on the ongoing Ukraine civil war, he envisioned not only Germany, and thus Europe, both of which are teetering on the edge of a triple-dip recession due to Russian sanctions, but Ukraine itself. The reason: the Ukraine economy appears to have ground to a halt following an overnight report that the war-torn country’s industrial output plummeted 21.4% Y/Y in August, above the 18% estimate, and some 12.7% on a monthly basis. As the chart below shows, this was the biggest drop in industrial production since the global crisis of 2009 and followed a 12% fall year-on-year in July.

Read moreMore Than Just Gas: Is This Natural Resource The Reason For The Ukraine Civil War?

– Ceasefire Over: Shelling Resumes In Mariupol And Donetsk (ZeroHedge, Sep 6, 2014):

Journos set off to Mariupol E checkpoint got across bridge by Azovstal, saw cars shot up – unclear by who – people dying from bullet wounds.

As far as I understand from what officials there have said, the @press_dnr account is official. So DNR officially admits breaking ceasefire.

Read moreCeasefire Over: Shelling Resumes In Mariupol And Donetsk 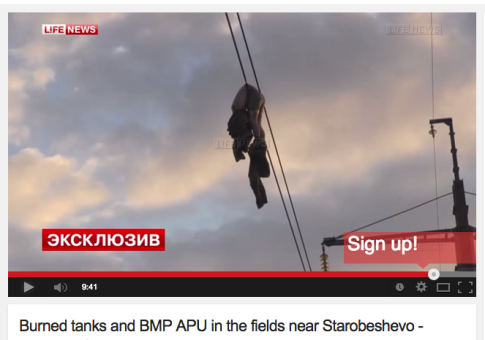 “all the signs are that the JRF [Junta Repression Forces]  have reached their breaking point: this is the moment when a military force suddenly and completely collapses, like a dam which blows out under the pressure of water.  The JRF is not retreating on one, two or even three directions, it is retreating everywhere (except north of Lugansk).  Entire battalions are leaving the front under orders of their battalion commanders and without the approval of the Junta leaders.  At least one such battalion commander is already being judged for desertion.  The entire Ukie [Ukrainian Government] leadership seems to be in a panic mode, especially Yatseniuk and Kolomoiski, while the Nazis are mad as hell at the Poroshenko administration.  There are constant rumors of an anti-Poroshenko coup by outraged Nazi nationalists.  And then, there are the absolutely staggering Ukrainian losses..

Read moreThe State of the Battle in Eastern Ukraine

As Russia’s 300-strong ‘humanitarian’ convoy of white trucks slithered towards the Ukraine border, it appears, according to The Guardian, that, in spite of the market’s exuberance at this morning’s comments of “avoiding conflict,” Vladimir Putin sent a real ‘green’ military Russian convoy across the Ukraine border late Thursday evening.

So @RolandOliphant and I just saw a column of APCs and vehicles with official Russian military plates cross border into Ukraine.

.@shaunwalker7 and I just witnessed a not insubstantial column of APCs and trucks slipping across the border into Ukraine.

Didn’t even turn off their headlights. Saw Russian military plates on support vehicles, but no markings I could make out on APCs.

While the white trucks came to a halt well short of Ukraine’s border, a different Russian convoy did cross into Ukrainian territory late on Thursday evening.

The Guardian saw a column of 23 armoured personnel carriers, supported by fuel trucks and other logistics vehicles with official Russian military plates, travelling towards the border near the Russian town of Donetsk. 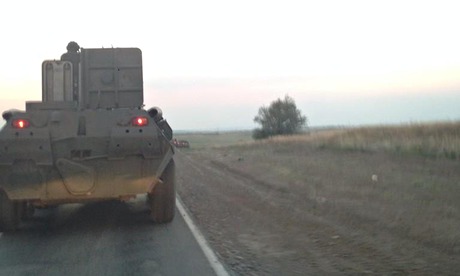 After pausing by the side of the road until nightfall, the convoy crossed into Ukrainian territory, using a rough dirt track and clearly crossing through a gap in a barbed wire fence that demarcates the border. Armed men were visible in the gloom by the border fence as the column moved into Ukraine.

Kiev has lost control of its side of the border in this area.