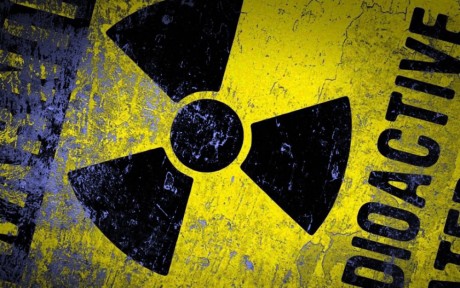 Dirty bombs are radiological weapons combining radioactive material with conventional explosives. On detonation, they contaminate the affected area. The US Energy Department says radiation exposure is “fairly high” but not fatal.

Nuclear expert Helen Caldicott explains no amount of radiation is safe and amounts exposed to are cumulative. Cell mutations result causing cancer and other diseases.

Read moreDarth Cheney: Next Attack On US Will Be ‘Something Far More Deadlier’ Than 9/11 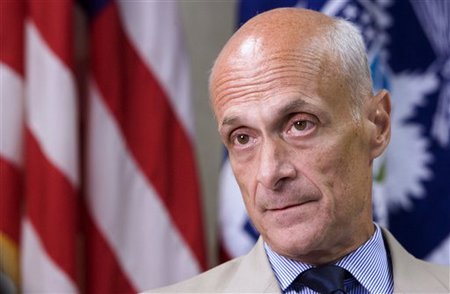 On a cloudless spring day, the NYPD helicopter soars over the city, its sights set on the Statue of Liberty.

A dramatic close-up of Lady Liberty’s frozen gaze fills one of three flat-screen computer monitors mounted on a console. Hundreds of sightseers below are oblivious to the fact that a helicopter is peering down on them from a mile and a half away.

“They don’t even know we’re here,” said crew chief John Diaz, speaking into a headset over the din of the aircraft’s engine.

The helicopter’s unmarked paint job belies what’s inside: an arsenal of sophisticated surveillance and tracking equipment powerful enough to read license plates — or scan pedestrians’ faces — from high above the nation’s largest metropolis.

Police say the chopper’s sweeps of landmarks and other potential targets are invaluable in helping guard against another terrorist attack, providing a see-but-avoid-being-seen advantage against bad guys.

“It looks like just another helicopter in the sky,” said Assistant Police Chief Charles Kammerdener, who oversees the department’s aviation unit.

Police Commissioner Raymond Kelly has said that no other U.S. law enforcement agency “has anything that comes close” to the surveillance chopper, which was designed by engineers at Bell Helicopter and computer technicians based on NYPD specifications.

The $10 million helicopter is just part of the department’s efforts to adopt cutting-edge technology for its counterterrorism operations.

The NYPD also plans to spend tens of millions of dollars strengthening security in the lower Manhattan business district with a network of closed-circuit television cameras and license-plate readers posted at bridges, tunnels and other entry points.

Police have also deployed hundreds of radiation monitors — some worn on belts like pagers, others mounted on cars and in helicopters — to detect dirty bombs.

(“More than 1,820 tons (3-million, 640 thousand pounds) of radioactive nuclear waste uranium were exploded into Iraq alone in the form of armour piercing rounds and bunker busters, representing the worlds worst man made ecological disaster ever. “)

According to U.S. media reports, there are well below 5,000 U.S. soldiers who have been killed in Iraq. However, this data appears to be very misleading. Why? Because many tens of thousands of American soldiers have apparently been killed to-date, as a result of being exposed to radiation poisoning from the indiscriminate killing machines of U.S. military weaponry. Ironically, the only Weapons of Mass Destruction (WMD) that Americans soldiers have found in Iraq are “Made in America”.

U.S. investigative researchers have discovered an official U.S. Department of Veteran Affairs official, but not well publicized count, of 73,846 U.S. soldiers who have perished as an apparent result of Depleted Uranium based bio-chemical warfare exposure. This exceeds an estimate of 58,000 U.S. soldiers who had been killed in relation to the Vietnam War.

Over One million U.S. soldiers have apparently been disabled from Depleted Uranium based biochemical exposure. Over one million Iraqis have also been documented to have been killed.