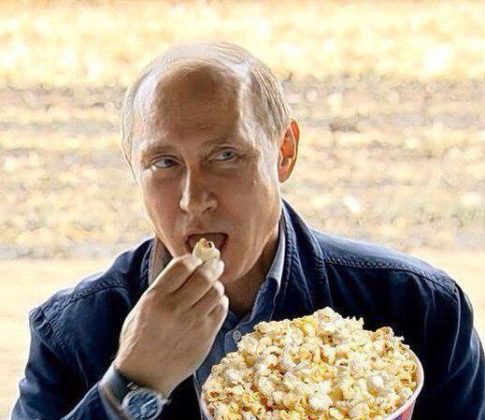 – In Stunning Reversal, DHS Says Russians Were Not Behind Attempted Wisconsin Vote Hacking:

In an email to Wisconsin’s elections administrator, the Department of Homeland Security said that initial notice that the Russian government scanned the state’s voter registration system was made in error.

– DHS is Giving Colleges Millions to Stoke a Nation of Fear and Grow the Police State:

The majority of the corruption in the United States—from warrantless surveillance to endless wars, to unregulated spending—can be tied back to a number of government agencies that operate with no oversight, and face no accountability. One of the most important factors that is often ignored is where this influence begins, and how these agencies find their recruits.

“The odious stench of George Soros pervails in all of this.” 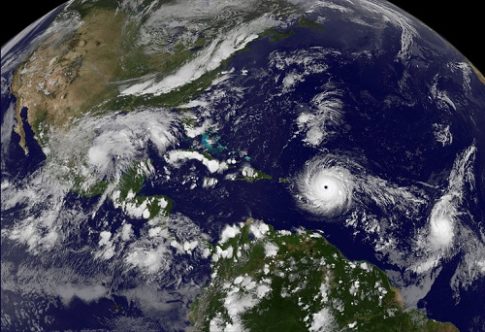 – FEMA Expected To Run Out Of Money By Friday As Superstorm Irma Approaches Florida:

The Federal Emergency Management Agency (FEMA) has suffered from a shoddy reputation for quite some time, particularly after its failed response to Hurricane Katrina in 2005. As the Gulf coast recovers from Hurricane Harvey and Hurricane Irma approaches Florida, FEMA faces further failure as its funds near depletion.

Bloomberg reported Tuesday that the agency is nearly broke and is expected to run out of money on Friday, according to a Senate aide. According to the outlet:

President Trump was crucified by the mainstream media a few weeks back after hosting an improvised press conference and saying there was “blame on both sides” for the violence in Charlottesville that resulted in the death of a counterprotester.  The comments resulted in most of Trump’s advisory councils being disbanded, as CEO’s around the country pounced on the opportunity to distance themselves from the administration, and heightened calls from CNN for impeachment proceedings.

The problem is that while Trump’s delivery probably could have been a bit more artful, the underlying message seems to be proving more accurate with each passing day and each new outbreak of Antifa violence.

As Politico points out today, previously unreported FBI and Department of Homeland Security studies found that “anarchist extremist” group like Antifa have been the “primary instigators of violence at public rallies” going back to at least April 2016 when the reports were first published.

What at first seemed like creeping tip-toe incrementalism toward the use of biometric ID for travel is quickly becoming a warp-speed reality.

– FEMA Is Preparing For A Solar Storm That Would Take Out The Grid:

FEMA (Federal Emergency Management Administration) is planning for a massive solar storm that would be so strong, it would take down the power grid.

Noting that the rare, yet “high-consequence” scenario has “the potential for catastrophic impact on our nation and FEMA’s ability to respond.”

According to unpublished FEMA documents obtained by Government Attic, a FOIA (Freedom of Information Act) database and non-profit organization, the Department of Homeland Security agency once mapped out a disaster plan for the occurrence of another geomagnetic “super storm” like the one the occurred in 1859. 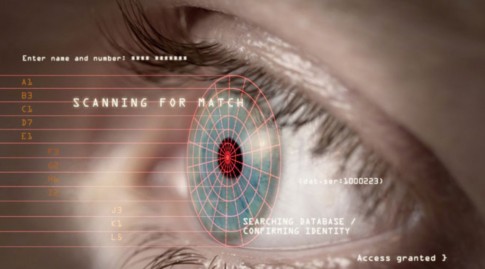 – Welcome Aboard, But First US Marshals Will Scan Your Retina:

For some 15 years, airport security has become steadily more invasive. There are ever more checkpoints, ever more requests for documents as you make your way from the airport entrance to the airplane. Passengers adapt to the new changes as they come. But my latest flight to Mexico, originating in Atlanta, presented all passengers with something I had never seen before.

We had already been through boarding pass checks, passport checks, scanners, and pat downs. At the gate, each passenger had already had their tickets scanned and we were all walking on the jet bridge to board. It’s at this point that most people assume that it is all done: finally we can enjoy some sense of normalcy.

This time was different. Halfway down the jetbridge, there was a new layer of security. Two US Marshals, heavily armed and dressed in dystopian-style black regalia, stood next to an upright machine with a glowing green eye. Every passenger, one by one, was told to step on a mat and look into the green scanner. It was scanning our eyes and matching that scan with the passport, which was also scanned (yet again).

Read moreWelcome Aboard,… But First US Marshals Will Scan Your Retina