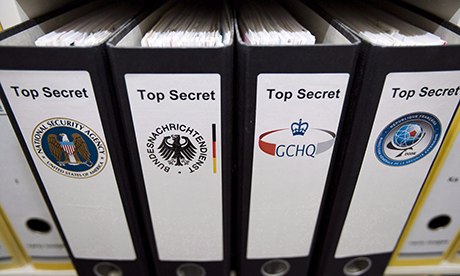 It said the DGSE intercepted signals from computers and telephones in France, and between France and other countries, although not the content of phone calls, to create a map of “who is talking to whom”. It said the activity was illegal.

“All of our communications are spied on,” wrote Le Monde, which based its report on unnamed intelligence sources as well as remarks made publicly by intelligence officials.

The activities described are similar to those carried out by the U.S. National Security Agency, as described in documents leaked by former NSA contractor Edward Snowden.