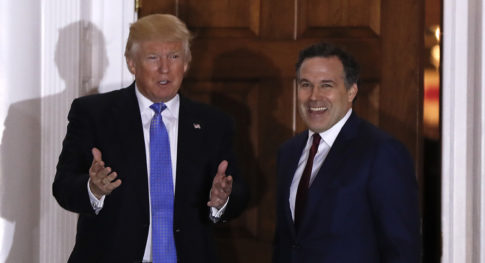 For those who collect stats about how many billionaires will be represented in Donald Trump’s administration, prepare to make some extra room because according to Bloomberg, David McCormick, president of the world’s biggest hedge fund Bridgewater, is the front-runner for the post of deputy defense secretary, according to three people familiar with the presidential transition.