“The people who have criminal offences can expect no mercy,”…

… unless you are a BANKSTER!

Jailing those involved in the riots for longer than they deserve risks undermining confidence in the justice system, lawyers and campaigners said today.

The warning that the rush to send out a tough message and to make an example of those involved in violence was leading to “some very bad sentences” came as members of the coalition Government appeared split over the issue.
Prime Minister David Cameron defended a court’s decision to jail two men who tried to incite riots on Facebook for four years, even though the riots they tried to plan never happened, but senior Liberal Democrats urged caution.

Human rights lawyers and criminal barristers also warned against a “knee-jerk response” by the courts over the violence and looting following “the public’s anger and the politicians’ rhetoric”.

But Mr Cameron said: “What happened on our streets was absolutely appalling behaviour and to send a very clear message that it’s wrong and won’t be tolerated is what the criminal justice system should be doing.

Liberal Democrat deputy leader Simon Hughes admitted there were “two strands of political opinion” in the coalition and so there were bound to be “different voices” on what response there should be to the riots.

“The people who have criminal offences can expect no mercy,” he told Sky News.

Magistrates are being advised by the courts service to disregard normal sentencing guidelines when dealing with those convicted of offences committed in the context of last week’s riots.

The advice, given in open court by justices’ clerks, will result in cases that would usually be disposed of in magistrates courts being referred to the crown court for more severe punishment.

It may explain why some of those convicted have received punitive sentences for offences that might normally attract a far shorter term.

In Manchester a mother of two, Ursula Nevin, was jailed for five months for receiving a pair of shorts given to her after they had been looted from a city centre store. In Brixton, south London, a 23-year-old student was jailed for six months for stealing £3.50 worth of water bottles from a supermarket.

If there’s one thing America knows how to do, its police. British Prime Minister David Cameron recognizes that, and as England finds itself in times of trouble, he’s looking towards an American super-cop to come to Scotland Yard.

Cameron has reportedly been hoping that Bill Bratton, former police chief of New York, Los Angeles and Boston, would hop the pond in order to help out with London’s Metropolitan Police Service. The News Corp phone hack scandal has led to the resignation of two top officers on the Met, and coupled with the inability to effectively counter rioters on the streets of the city, Cameron is said to be looking abroad for a solution.

In regards to applying for the position, Bratton told the Daily Beast, “I don’t know that there’s a major police chief in America or Canada, or for that matter in the British Commonwealth, who, given the opportunity, would not consider it.”

“It’s one of the most prestigious positions in democratic policing in the world,” Bratton adds.

Bratton says that he’s been interesting in the position and was hoping that it would be made available to people outside the UK. He adds that he has been long-aligned with Scotland Yard, and says his affiliation with England, the Met and “their role in democratic policing” dates back to almost 20 years ago.

British government officials approached nuclear companies to draw up a co-ordinated public relations strategy to play down the Fukushima nuclear accident just two days after the earthquake and tsunami in Japan and before the extent of the radiation leak was known.

Internal emails seen by the Guardian show how the business and energy departments worked closely behind the scenes with the multinational companies EDF Energy, Areva and Westinghouse to try to ensure the accident did not derail their plans for a new generation of nuclear stations in the UK.

“This has the potential to set the nuclear industry back globally,” wrote one official at the Department for Business, Innovation and Skills (BIS), whose name has been redacted. “We need to ensure the anti-nuclear chaps and chapesses do not gain ground on this. We need to occupy the territory and hold it. We really need to show the safety of nuclear.”

Detectives are hoping toxicology results will shed light on the death riddle of a senior Tory in a Glastonbury Festival VIP toilet.

Christopher Shale, 56, a close friend of David Cameron, was discovered slumped in a cubicle in the backstage area on Sunday morning. The Prime Minister’s constituency chairman had been reported as missing by worried family members at 900-acre Worthy Farm on Saturday.

It is feared his body may have lain undiscovered for up to 10 hours.

Please let me know when videos do not work. 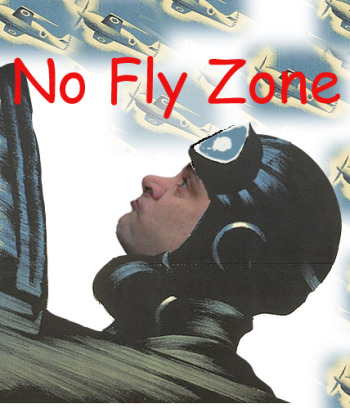 “Even the Israelis in Gaza, when they moved into the Gaza Strip, they moved in with tanks to fight such extremists. It’s the same thing here” Muammar Gaddafi (France 24)

In the last few days the UN have paved the way for a no-fly zone in Libya.

David Cameron and Barack Obama have also agreed to draw up “the full spectrum” of military responses to the crisis in Libya.

British PM David Cameron outlined his conversation with Obama, saying “We have got to prepare for what we might have to do if he [Gaddafi] goes on brutalising his own people…”

I find myself overwhelmed by Cameron’s humanist stand — it seems he really cares about the Libyan people.

And yet, I am left puzzled, for I have never observed Cameron, Obama or the UN being so touched in the same manner by the death of Palestinian civilians, who are also butchered on a daily basis by Israeli air raids. As it seems, in the quote above, Muammar Gaddafi performs far more integrity than Cameron, Obama and the UN. Gaddafi clearly manages to question the Western moralist agenda. If the UN is so enthusiastic to bomb Libya, shouldn’t it really start with Israel?

I would contend that for a moral interventional argument to be justifiable, it must be primarily grounded on moral integrity.

If America and Britain are, indeed, ‘morally driven’ why do they fail to protect the people of Palestine? Why do they allow Israeli airplanes decorated with Jewish symbols to drop bombs in Gaza? Is it because Israeli bombs are kosher somehow?

Read moreGilad Atzmon: What About A No Fly Zone for The Palestinians?

Feb. 9 (Bloomberg) — Britain’s coalition government will pull back from demands that banks specify how they will cut bonuses, according to three people with knowledge of the policy.

With banks including Barclays Plc and HSBC Holdings Plc set to announce bonus payments this month, the softening is an acknowledgement by the government that it can’t force banks in which it doesn’t have a stake to cap pay. The government will now only ask banks’ remuneration panels to take into account a need for restraint, and explain how they are responding to popular anger over pay without illustrating where or by how much pay will be cut, one person said.

The change of tone came as Chancellor of the Exchequer George Osborne yesterday increased a tax on U.K. bank balance sheets to raise an extra 800 million pounds ($1.3 billion) this year. Britain’s major lenders were angered by the way Osborne made the announcement without informing them, according to a person involved in the discussions, even though they’ve been in talks since December on bonuses and lending targets, known as Project Merlin. The people declined to be identified because the discussions are private. 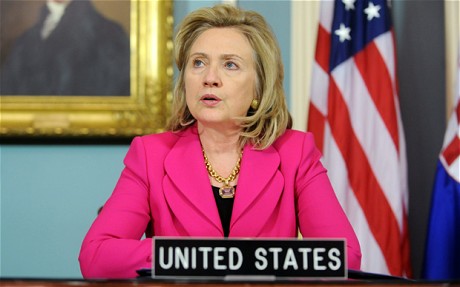