“As Far As People Who Ran The Show, It Was The Highest Levels of NATO, the U.S., MI6, CIA And The Pentagon”

Sibel Edmonds has just released her fantastic spy thriller,  The Lone Gladio.     Here’s our review, comparing it to the best of Clancy or Ludlum … but with a twist.

In the real world, Edmonds is a former FBI translator who translated terror-related communications for the FBI right after 9/11. In that capacity, she read communications between terrorists and other radicals.

Edmonds has been deemed credible by the Department of Justice’s Inspector General, several senators (free subscription required), and a coalition of prominent conservative and liberal groups.

The ACLU described Edmonds as:

The most gagged person in the history of the United States of America.

Famed Pentagon Papers whistleblower Daniel Ellsberg says that Edmonds possesses information “far more explosive than the Pentagon Papers”. He also says that the White House has ordered the press not to cover Edmonds:

– Daniel Ellsberg: Snowden Kept His Oath Better Than Anyone in the NSA (The Atlantic, July 25, 2014)

A much different country!

Daniel Ellsberg is a former US military analyst who in 1971 leaked the Pentagon Papers, which revealed how the US public had been misled about the Vietnam war

In my estimation, there has not been in American history a more important leak than Edward Snowden’s release of NSA material – and that definitely includes the Pentagon Papers 40 years ago. Snowden’s whistleblowing gives us the possibility to roll back a key part of what has amounted to an “executive coup” against the US constitution.

Since 9/11, there has been, at first secretly but increasingly openly, a revocation of the bill of rights for which this country fought over 200 years ago. In particular, the fourth and fifth amendments of the US constitution, which safeguard citizens from unwarranted intrusion by the government into their private lives, have been virtually suspended.

Read moreDaniel Ellsberg (Who Leaked The Pentagon Papers In 1971): PRISM Whistleblower Edward Snowden Saves Us From The ‘United Stasi Of America’

Obama’s ‘actions are totally uncoupled from his public statements. I don’t even listen anymore. He has turned 180 degrees.’ 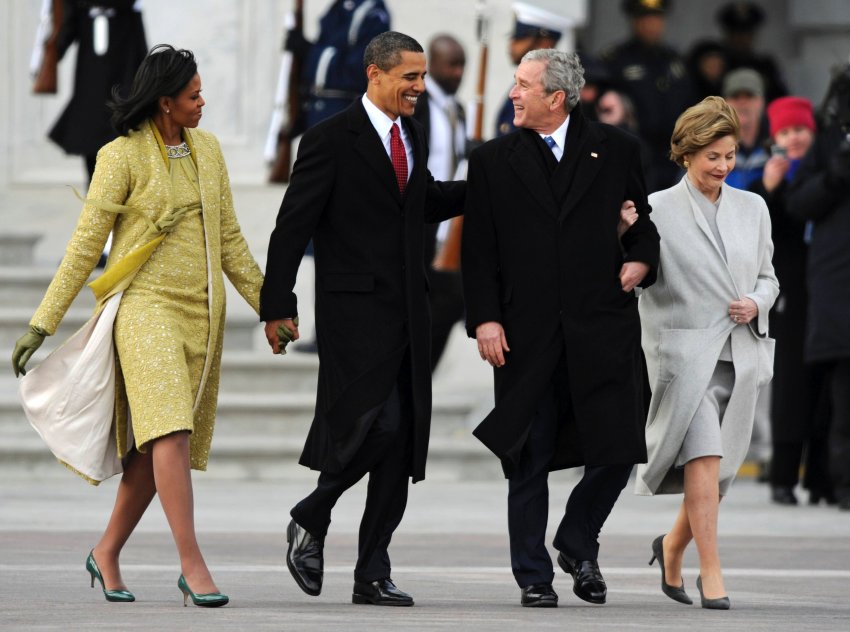 … and today he is critical of the new man in the White House. “I think Obama is continuing the worst of the Bush administration in terms of civil liberties, violations of the constitution and the wars in the Middle East,” the former whistleblower told SPIEGEL ONLINE. “His actions are totally uncoupled from his publi statements. I don’t even listen anymore. He has turned 180 degrees.”

Daniel Ellsberg, legendary leaker of the “Pentagon Papers” in 1971, still has a bone to pick with the White House. In an interview with SPIEGEL ONLINE, the 79-year-old peace activist accuses President Obama of betraying his election promises — in Iraq, in Afghanistan and on civil liberties.

SPIEGEL ONLINE: Mr. Ellsberg, you’re a hero and an icon of the left. But we hear you’re not too happy with President Obama anymore.

Daniel Ellsberg: I voted for him and I will probably vote for him again, as opposed to the Republicans. But I believe his administration in some key aspects is nothing other than the third term of the Bush administration. SPIEGEL ONLINE: How so?

Ellsberg: I think Obama is continuing the worst of the Bush administration in terms of civil liberties, violations of the constitution and the wars in the Middle East.

Ellsberg: Take Obama’s explicit pledge in his State of the Union speech to remove “all” United States troops from Iraq by the end of 2011. That’s a total lie. I believe that’s totally false. I believe he knows that’s totally false. It won’t be done. I expect that the US will have, indefinitely, a residual force of at least 30,000 US troops in Iraq.

SPIEGEL ONLINE: What about Afghanistan? Isn’t that a justifiable war?

Ellsberg: I think that there’s an inexcusable escalation in both countries. Thousands of US officials know that bases and large numbers of troops will remain in Iraq and that troop levels and bases in Afghanistan will rise far above what Obama is now projecting. But Obama counts on them to keep their silence as he deceives the public on these devastating, costly, reckless ventures.

SPIEGEL ONLINE: You doubt not only Obama’s missions abroad but also his politics back home in the US. Why exactly are you accusing the president of violating civil liberties?

Ellsberg: For instance, the Obama administration is criminalizing and prosecuting whistleblowers to punish them for uncovering scandals within the federal government …

SPIEGEL ONLINE: … Such as the arrest, confirmed this week, of an Army intelligence analyst for leaking the “Collateral Murder” video of a deadly US helicopter attack in Iraq, which was later posted online at WikiLeaks.

Ellsberg: Also, the recent US indictment of Thomas Drake.

SPIEGEL ONLINE: Drake was a former senior official with the National Security Agency (NSA) who provided reporters with information about failures at the NSA.

Ellsberg: For Obama to indict and prosecute Drake now, for acts undertaken and investigated during the Bush administration, is to do precisely what Obama said he did not mean to do — “look backward.” Of all the blatantly criminal acts committed under Bush, warrantless wiretapping by the NSA, aggression, torture, Obama now prosecutes only the revelation of massive waste by the NSA, a socially useful act which the Bush administration itself investigated but did not choose to indict or prosecute!

Bush brought no indictments against whistleblowers, though he suspended Drake’s clearance. Obama, in this and other matters relating to secrecy and whistleblowing, is doing worse than Bush. His violation of civil liberties and the White House’s excessive use of the executive secrecy privilege is inexcusable.