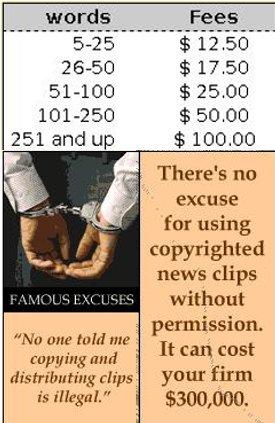 Stefan Ferrari got his required vaccines before he was 18 months old. At the time, his parents said, he was a healthy, verbal boy.

But after his last round of booster shots, Stefan stopped speaking and, now 10 years old, he has not spoken since.

Lawyer Lanny Bridgers told the court it was bad timing when Stefan received his last shots. A year later, the American Academy of Pediatrics recommended that thimerosal, a preservative used for multi-dose vaccine vials, be removed from childhood vaccines. The Ferraris contend that manufacturers should have made vaccines without thimerosal before Stefan was vaccinated.

But a lawyer arguing on behalf of the manufacturers told the state high court that the suit is barred by the 1986 National Childhood Vaccine Injury Compensation Act.

The law says no vaccine maker shall be held liable in a civil action for damages arising from an injury or death caused by vaccines given after Oct. 1, 1988.

(The same situation we have with cellphone towers in the U.S.:
Even if all the experts in the world would 100% agree that these towers cause cancer etc. – and they do! – then those towers cannot be taken down for any health risk reason because there is a law in place that prevents exactly that and if ten million people would go to court because they got cancer than they will have to leave the court with empty hands because thats the law. (!Unconstitutional!)

How can you come up with such a law if you do not know that cellphone towers are harmful for health?

The only reason for this is like with the law regarding vaccines is to protect the corporations and to continue destroying peoples brains and it is the government that backs it all up. The Hitlers of today are much more sophisticated.

One more thing on vaccinations: There are parents, repeating what they are told by mass media and Dr.’s, that say that those kids that aren’t vaccinated are posing a health risk to those that are vaccinated!!! How come???

Think about it, if your child is vaccinated than it should be absolutely protected if the vaccination works, as big pharma and their salesman in white coats (Dr.’s), tell you. Those children that aren’t vaccinated should be those that are in trouble right? So these poor parents are totally brainwashed by big pharma, government and Dr.’s who they consider to be authorities on the subject and do not think anymore for themselves. What good fortune for governments that the people do not think. – Adolf Hitler
Let’s see how much you will trust your government after you have read this article:
Vaccines and Medical Experiments on Children, Minorities, Woman and Inmates (1845 – 2007)
…and there is a lot more that you can find on the website. Well, wake up now. – The Infinite Unknown)

The exceptions are if the vaccine was improperly prepared or contained improper directions or warnings. Neither of these were involved in Stefan’s case, Daniel Thomasch, a lawyer for the manufacturers, told the court.

“It was the clear intent of Congress to pre-empt precisely the claims that are at issue here,” he argued.

Congress passed the law after hundreds of lawsuits were filed against vaccine manufacturers. The litigation increased insurance costs, drove out some manufacturers and threatened the continued production of some vaccines, even though the lawsuits were largely unsuccessful, Thomasch said.

On the Alex Jones Show today, former Minnesota governor Jesse Ventura complained right out of the gate about the fact the corporate media consistently attempts to squelch any questioning of the government. “I can’t believe how I simply asked some questions and the way you’re attacked… for simply asking questions… has our country become that, that you’re not even publicly allowed to question the government?”

Alex responded by stating that the government and its corporate media lapdog — alternately an attack dog when celebrities such as Ventura dare step outside established parameters — are disturbed by the fact Alex’s show is an increasingly popular venue for the likes of Charlie Sheen, Willie Nelson, Ventura, and a host of others unable to ask questions and get a fair hearing in the corporate media arena.

Ventura admitted that he did not want to “believe the worst” about 9/11 and wanted to accept the official fairy tale version, but after Bush and the neocons invaded Iraq, when the government claimed al-Qaeda was in Afghanistan, he sincerely began to ask questions and confront the lies perpetuated by the government and the corporate media.

Appearance on Hannity and Colmes

On April 2, in an appearance of Alex’s show, Ventura admitted that watching the documentary Loose Change, at the insistence of his son, changed his mind about the official fairy tale version of events. “When I finally did watch it I went through every emotion you could imagine, from laughing, crying, getting sick to my stomach, to the whole emotional thing,” Jesse said. “To me questions haven’t been answered and are not being answered about 9/11,” including pertinent questions about Building 7. “Two planes struck two buildings….but how is it that a third building fell 5 hours later?” asked Ventura, “How could this building just implode into its own footprint 5 hours later — that’s my first question — the 9/11 Commission didn’t even devote one page to that in their big volume of investigation.”