In case you can’t watch this video (or any other YouTube video) use ‘ProxTube’ (Add-on).

Greece’s financial crisis has made some families so desperate they are giving up the most precious thing of all – their children.

One morning a few weeks before Christmas a kindergarten teacher in Athens found a note about one of her four-year-old pupils.

“I will not be coming to pick up Anna today because I cannot afford to look after her,” it read. “Please take good care of her. Sorry. Her mother.”

In the last two months Father Antonios, a young Orthodox priest who runs a youth centre for the city’s poor, has found four children on his doorstep – including a baby just days old.

Another charity was approached by a couple whose twin babies were in hospital being treated for malnutrition, because the mother herself was malnourished and unable to breastfeed.

Cases like this are shocking a country where family ties are strong, and failure to look after children is socially unacceptable – they feel to Greeks like stories from the Third World, rather than their own capital city.

– Chart Of European Emergency Liquidity Back At Record Levels, And Why Bank Of America Is Long French CDS (ZeroHedge, Dec, 21, 2011):

Yesterday we charted the combined ECB balance sheet which showed that it had hit an all time record of €2.5 trillion, exclusing today’s operation (to the stunned surprise of all those who scream that the ECB should be printing more, more, more). Today, we focus exclusively on the various forms of unsecured liquidity measures, such as today’s 3 Year LTRO, because as the following chart from Bank of America shows, European emergency liquidity provisioning post today’s liquidity bailout brings the total to €873 billion and is just shy of its all time record of €896 billion, a number which we expect will be taken out as soon as the next liquidity provisioning operation. In other words, European liquidity in euro terms, has virtually never been worse. And as today’s additional drawdown of Fed swap lines indicates, the USD liquidity crunch is getting worse not better (confirmed by the rapid deterioration in basis swap levels). Perhaps the fact that not only is nothing fixed, but things are about as bad as they have ever been explains why Europe closed blood red across the board, and also why Bank of America continues to push for an outright crash in all risk (and some were doubting our earlier analysis that BAC is outright yearning for a market crash): To wit from Bank of America’s Ralf Preusser: “The tender results do not however change either our longer term  cautious outlook on growth, or the periphery. We remain long 5y CDS protection on France, at 210bp (target 300bp, stop loss 175bp).” So let’s see: BAC is shorting the EURUSD, which implies they are pushing for a market drop, and now they want French CDS to soar? Who was it that said the megabanks do not want a crash?

And here is what near record liquidity needs look like:

Read moreChart Of European Emergency Liquidity Back At Record Levels, And Why Bank Of America Is Long French CDS

“There are two ways to conquer and enslave a nation. One is by the sword. The other is by debt. ”
– John Adams 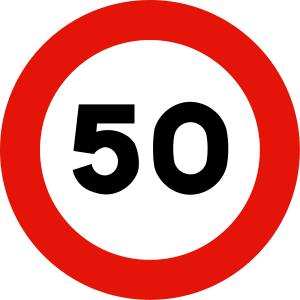 Even though most Americans have become very frustrated with this economy, the reality is that the vast majority of them still have no idea just how bad our economic decline has been or how much trouble we are going to be in if we don’t make dramatic changes immediately.  If we do not educate the American people about how deathly ill the U.S. economy has become, then they will just keep falling for the same old lies that our politicians keep telling them.  Just “tweaking” things here and there is not going to fix this economy.  We truly do need a fundamental change in direction.  America is consuming far more wealth than it is producing and our debt is absolutely exploding.  If we stay on this current path, an economic collapse is inevitable.  Hopefully the crazy economic numbers from 2011 that I have included in this article will be shocking enough to wake some people up.

At this time of the year, a lot of families get together, and in most homes the conversation usually gets around to politics at some point.  Hopefully many of you will use the list below as a tool to help you share the reality of the U.S. economic crisis with your family and friends.  If we all work together, hopefully we can get millions of people to wake up and realize that “business as usual” will result in a national economic apocalypse.

The following are 50 economic numbers from 2011 that are almost too crazy to believe….

#1 A staggering 48 percent of all Americans are either considered to be “low income” or are living in poverty.

#2 Approximately 57 percent of all children in the United States are living in homes that are either considered to be “low income” or impoverished.

Read moreUS: 50 Economic Numbers From 2011 That Are Almost Too Crazy To Believe

WASHINGTON – Squeezed by rising living costs, a record number of Americans — nearly 1 in 2 — have fallen into poverty or are scraping by on earnings that classify them as low income.

The latest census data depict a middle class that’s shrinking as unemployment stays high and the government’s safety net frays. The new numbers follow years of stagnating wages for the middle class that have hurt millions of workers and families.

Read moreCollapse: 50% Of Americans Poor Or Near Poor (Video)

OSLO — An acute butter shortage in Norway, one of the world’s richest countries, has left people worrying how to bake their Christmas goodies with store shelves emptied and prices through the roof.

The shortfall, expected to last into January, amounts to between 500 and 1,000 tonnes, said Tine, Norway’s main dairy company, while online sellers have offered 500-gramme packs for up to 350 euros ($465).

The dire shortage poses a serious challenge for Norwegians who are trying to finish their traditional Christmas baking — a task which usually requires them to make at least seven different kinds of biscuits.

The shortfall has been blamed on a rainy summer that cut into feed production and therefore dairy output, but also the ballooning popularity of a low-carbohydrate, fat-rich diet that has sent demand for butter soaring.

“Compared to 2010, demand has grown by as much as 30 percent,” Tine spokesman Lars Galtung told AFP.

Last Friday, customs officers stopped a Russian at the Norwegian-Swedish border and seized 90 kilos (198 pounds) of butter stashed in his car. 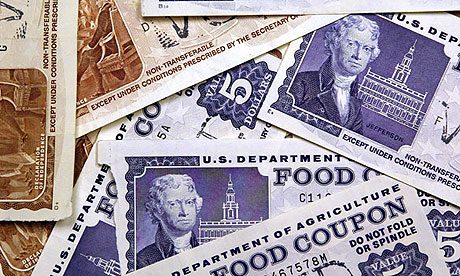 US food stamps: Republican lawmakers want to cut the Department of Agriculture’s budget for food stamps by 20%

On Monday afternoon this week, Rachelle Grimmer went into a Department of Health and Human Services in Texas with her two children, Timothy, aged 10, and Ramie, aged 12, and asked for a new case worker who could assist her application for food stamps. She had first applied in July but had been told she hadn’t provided enough information and, by most accounts, had been struggling to get by and get help since she moved from Ohio.

She was taken to a small room, where she pulled a gun, sparking a seven-hour standoff with police. Shortly before midnight, three shots were heard. Rachelle had shot both herself and her kids. Police rushed in to find the mother dead and Ramie and Timothy in critical condition. Earlier that morning, Ramie had posted a Facebook message, saying: “may die 2day”. She actually hung on until Wednesday. Timothy’s condition remains critical.

The tragic unravelling of this particular episode is hardly typical. But the desperation that underpins it is. For, in this period between Thanksgiving and Christmas (when many Americans are worrying about what overindulging will do to their waistline), a significant number is wracked with an entirely different concern: not having enough to eat.

This is no marginal group, no handful of unfortunates and ne’er-do-wells in a time of crisis. Indeed, in one of the wealthiest countries in the world, food insecurity is a common, growing and enduring problem. According to Gallup polling, one in five Americans reported not having enough money to buy food in the past 12 months – the highest level since the month Barack Obama was elected. Around the country, food banks are feeling the pinch of market forces: as poverty climbs, demand is rising and supply is falling as people who would have donated have less left to spare.

An analysis by the New York Times revealed a 17% increase in the number of school students receiving free and reduced lunches across the country between 2006/07 and now. In Rockdale County, east of Atlanta, 63% of students now have subsidised food – up from 46% four years ago.

Read moreLand Of The Free, Home Of The Hungry

It was only a matter of time… Needless to say, this is obviously so wrong on so many levels, but what can you do. At this point the endgame is in play so at least we can all laugh about it.

Schoolchildren in Catalonia are the latest victims of austerity cuts with authorities instructing them to limit their use of lavatory paper in a bid to save money.

The northeastern region has been ordered to rein in its deficit and has embarked on a series of stringent austerity cuts.

The latest edict issued by the region’s ministry of education instructs state schools to cut “excessive consumption” of toilet roll among pupils and limit the quota to a maximum of 25 metres per child per month.