Now the gutter is directly connected to the sea.

I forgot to update the news of 230-tonne leak at Fukushima I Nuke Plant but toward the end of TEPCO’s press conference on December 18, the initial result of the nuclide analysis came in, and the number was rather high.

A professional video of Marco Kaltofen’s presentation to the American Public Health Association was recently made available to Fairewinds. Kaltofen states that hot particles are contaminating portions of northern Japan. He also states that auto air filters from Fukushima, that he tested in his Massachusetts laboratory, are so radioactive that they have to be disposed of in a buried radioactive waste disposal site in the US. Additionally, he expresses concerns for the mechanics who work on cars in Fukushima Prefecture.

Read moreScientist Marco Kalthofen’s Presentation To The American Public Health Association: Americium (A Byproduct Of Plutonium Decay) Hot Particles Detected In Tokyo – ‘My University Is Annoyed With Me’: Auto Air Filters From Fukushima City (65 Km From Nuke Plant) So Radioactive Have To Be Buried At Radioactive Waste Disposal Site In US

The disastrous effects of the Fukushima Daiichi nuclear catastrophe are still emerging nearly a year after the fact, as a popular Japanese baby formula company has now announced a massive recall of baby food tainted with radiation. Meiji Holdings Co., maker of Meiji Step infant powder (Meiji Step is only sold in Japan) is recalling 400,000 cans of the product because of contamination with radioactive cesium. 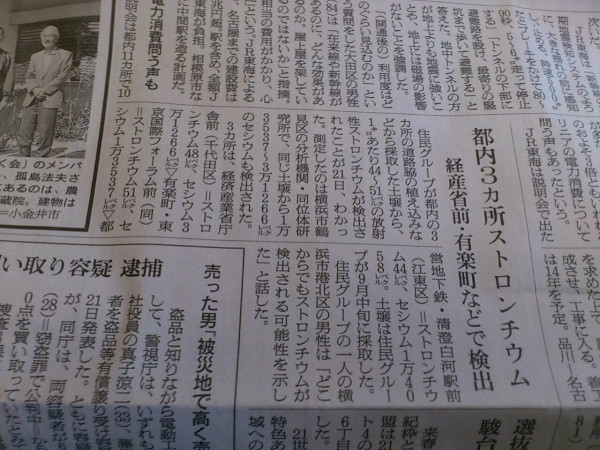 (UPDATE) So far, it is dead silence from the Japanese MSMs; even the critical papers like Tokyo Shinbun is mum on strontium in Tokyo.

A citizen group did the soil survey of three locations in central Tokyo, and had the soil samples tested for radioactive cesium and strontium. All three had both.

It’s a poetic justice that the amount of radioactive cesium is the highest at METI. I hear TEPCO’s headquarter building in Tokyo also enjoys rather high radiation.

ABIKO, Chiba — High levels of radiation have been detected on the premises of two elementary schools here, local education authorities have revealed.

Soil had piled up in the ditch, which had been damaged by growing tree roots, a situation similar to a residential area of the Chiba Prefecture city of Kashiwa where 57.5 microsieverts per hour was detected.

Radioactive cesium amounting to 60,768 becquerels per 1 kilogram of soil was found in the ditch.

Back in May, three elementary school in Itabashi-ku, Tokyo had the pupils pick radioactive tea leaves (2,700 becquerels/kg of radioactive cesium) as part of their social studies activities. But that wasn’t, apparently, a big deal since it was not a commercial product.

Find supplements that do not contain artificial sweeteners like Aspartame.

Chris Busby updates Japan on what to do to reduce the risk of radiation damage from the contamination from the Strontium-90, Uranium and Plutonium dispersed widely over northern Japan.

First of all, evacuate the children and evacuate yourselves. The contamination of the ground and the food is a serious health hazard. Car air filter analysis shows the material on the ground becomes airborne and can be inhaled.

Get away If you can; but if not not then you can reduce the access of these radionuclides to the DNA. It is basic Physical Chemistry that increasing the Calcium concentration, (Calcium which stabilises the DNA phosphate backbone), will inhibit the equilibrium binding of radionuclides like Strontium, Uranium, Plutonium and other high DNAP affinity elements and complex ions. 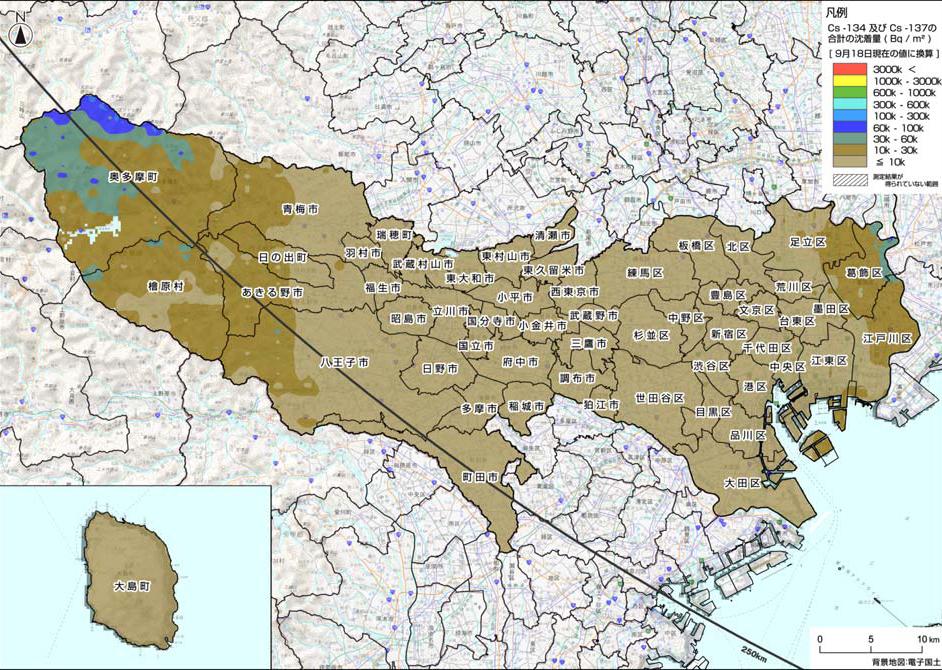 Even if you just take cesium-137 (for comparison purpose), 430 becquerels/kg translates to 27,950 becquerels/square meter.

NGO “FoE Japan (Friends of Earth Japan) did its own survey of radiation contamination in Watari District in Fukushima City with the help from Professor Tomoya Yamauchi of Kobe University. Watari District has high radiation levels throughout the district, but the national government has so far refused to designate anywhere in the district as “evacuation recommended” area.

If the government designate an area as such, the government has to pay for the relocation cost. As the result, the designation in other cities like Date City has been very arbitrary and spotty, rendering the whole exercise worthless. Often, the residents are simply moved to the other parts of the same city with slightly lower radiation.