OSLO — An acute butter shortage in Norway, one of the world’s richest countries, has left people worrying how to bake their Christmas goodies with store shelves emptied and prices through the roof.

The shortfall, expected to last into January, amounts to between 500 and 1,000 tonnes, said Tine, Norway’s main dairy company, while online sellers have offered 500-gramme packs for up to 350 euros ($465).

The dire shortage poses a serious challenge for Norwegians who are trying to finish their traditional Christmas baking — a task which usually requires them to make at least seven different kinds of biscuits.

The shortfall has been blamed on a rainy summer that cut into feed production and therefore dairy output, but also the ballooning popularity of a low-carbohydrate, fat-rich diet that has sent demand for butter soaring.

“Compared to 2010, demand has grown by as much as 30 percent,” Tine spokesman Lars Galtung told AFP.

Last Friday, customs officers stopped a Russian at the Norwegian-Swedish border and seized 90 kilos (198 pounds) of butter stashed in his car.

She did not accept money from her boss to keep her mouth shut about her findings and lost her job.

She was a pharmacologist, a chemist with graduation in physics and chemistry. She has been described as ‘the world’s leading authority on fats and oils’.

MOST of her clients that she cured from cancer as healing practitioner, with a cure rate of over 9o%, were physicians.

IMPORTANT: If flax seed oil tastes bitter, then it is already spoiled.

– Cancer – The Problem and the Solution 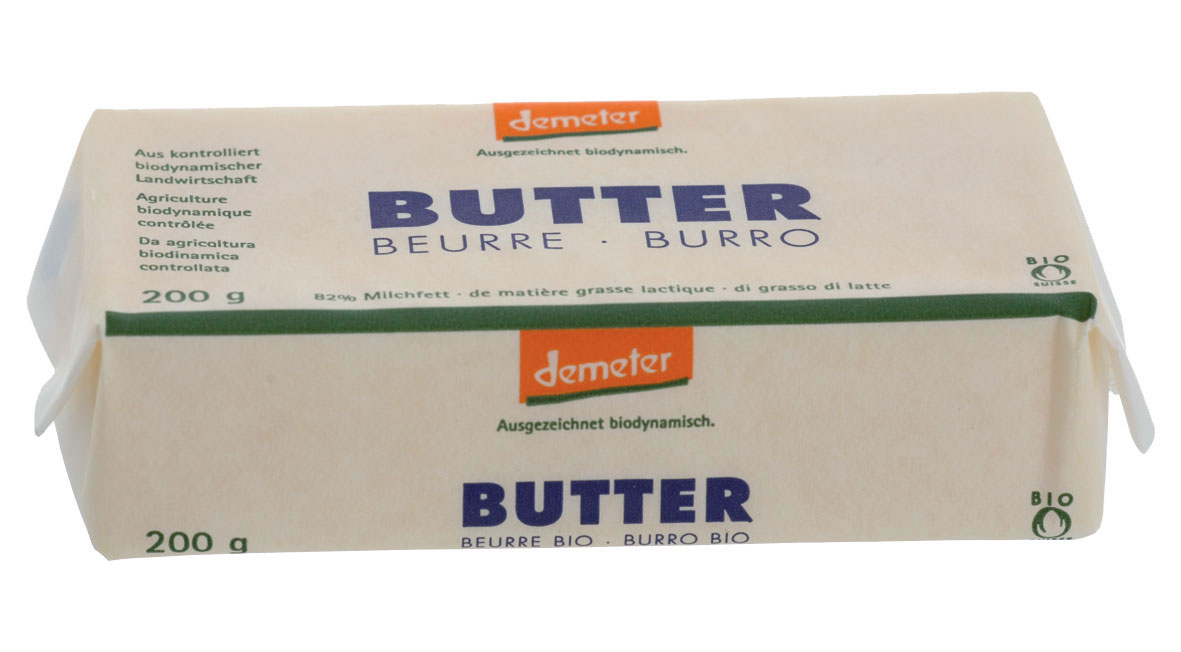 (NaturalNews) Butter has been maligned as unhealthy for decades. Fortunately, the Weston A. Price Foundation (WAPF) disagrees. The WAPF was started decades ago by Weston Price, DDS. He and his wife traveled to isolated locations and examined the diets of peoples free from civilization’s degenerative diseases.

Others have discovered the truth about butter and disagree with butter`s bad rap as well. It`s healthier for you than all the substitutes designed to replace butter, which actually damage your health. Butter is better.

Why the Negative PR Campaign Succeeded

Diet fads promoted aspartame as well as margarine as healthy choices. The overweight and even not so slim were manipulated into diets with only weight loss in mind . That popular movement had its foundation in medical misinformation, based mostly on saturated fat nonsense. That nonsense was compounded by the cholesterol scare.

Abstaining from the saturated fats was promoted as a healthy choice. Butter, coconut oil, and palm oil were all given bad press. The doctors, uneducated of real nutritional health science, went right along. Yet all three of those saturated fats are actually health promoting.

This trend was accelerated by corporate greed in the processed food industry. They could righteously insert those cheaper trans fatty liquid oils in packaged goods or sell them as healthy cooking oils. And now it turns out that those oils cause long term health damage, including obesity, cardiovascular problems, diabetes, and even cancer.

As early as the 1950s, Johanna Budwig criticized the trans fatty toxic oils that were taking over the market place. She said the cooking oil industry censured her for that. She is renowned in natural healing circles as the creator of the cancer curing Budwig Diet, which includes pure flax seed oil and cottage cheese, both high in fats.

But her biggest contribution to nutritional science was her groundbreaking research categorizing different types of fats. This was uncharted territory until she did that research in Germany. So she knew what she was talking about when she trashed trans fats.