Children have been going missing from State care and ending up working as sex slaves in brothels for at least three years, leaked US embassy cables reveal.

Health Service Executive (HSE) officials made the shocking admission during a private briefing of diplomats from the American Embassy in Dublin.

Details of the disclosure were contained in cables obtained by the Irish Independent through the whistle-blowing organisation WikiLeaks.

Cables reveal how foreign-born children who went missing from HSE care had been ending up in the sex trade as far back as 2008.

Read moreWikileaks: Children In Care Of Irish Government Ended Up As Sex Slaves In Brothels 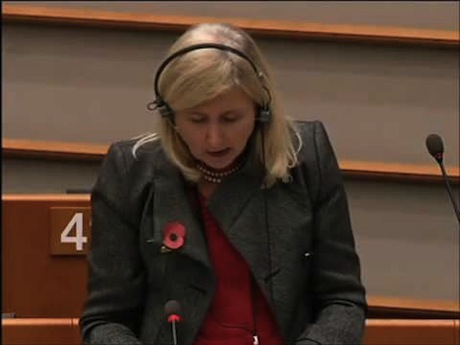 What does a Eurocrat need to do to get fired? Simon McGee answers the question in an astonishing report for The Sunday Times. Since that paper is now secured behind the fastness of its paywall, let me cite some of the examples he discovered in the EU’s official disciplinary record.

Cause an accident by driving one of the European Commission’s cars while drunk and you can expect to be reprimanded. Get into a brawl in a Commission building and your promotion will be delayed. Fiddle your expenses and you might actually be moved to a different post. Be found guilty by a criminal court of “living off immoral earnings and keeping a brothel” and you will be downgraded. Get yourself convicted for paedophile offences and you will have your pension cut.

But write a book attacking the euro (as Bernard Connolly did) or go public with your concerns about fraud in the budget (as Marta Andreasen did) and you will be dismissed.

Now it’s true that I don’t know the details of all these cases, though I’m pretty familiar with the last two. Perhaps, in some instances, there were mitigating circumstances. Still, it’s hard to avoid the conclusion that the EU regards criticism of itself as the one unpardonable offence.

Read moreEU Disciplinary Code: Keep A Brothel And Be Demoted, Criticise The Euro And Be Dismissed