To ANYONE who has absolutely ANY doubts about the result of the referendum in which the British people voted to leave the European Union, please listen very carefully to David Cameron’s words. pic.twitter.com/YnVGzcr9jX

…and the FTSE 100 hits another record high and all is well… NOT!

LONDON (AP) — The European Union warned Britain on Friday that it must outline by next week how it plans to keep an open Irish border after Brexit or the bloc will refuse to start negotiating a new trade deal with the U.K.

Standing alongside European Council President Donald Tusk in Dublin, Irish Prime Minister Leo Varadkar said the U.K. must offer “credible, concrete and workable solutions that guarantee there will no hard border” between Northern Ireland and the Irish republic after Britain leaves the EU in 2019.

– It took six months and a lot of work but we’ve caved completely, says David Davis:

BREXIT minister David Davis has proudly told Britain that after six months of tough negotiating he has given in to every single one of the EU’s demands.

Davis, who turned up to negotiations in June with a blank notepad and a hopeful expression, promised that nobody could have fought harder or achieved less than he did.

He continued: “From the first day, when I conceded that negotiations would proceed exactly as the EU had decided and then spent months trying to reverse that, I have been massively out of my depth.

Britons were warned they are on course for the longest fall in living standards since records began 60 years ago after the U.K.’s fiscal watchdog took the ax to its outlook for economic growth.

In an analysis of the government’s latest budget and accompanying report by the Office for Budget Responsibility, the Resolution Foundation said on Thursday that the economy is set to be 42 billion pounds ($56 billion) smaller in 2022 than the OBR predicted in March.

A SECRET document, which remained locked away for 30 years, advised the British Government to COVER-UP the realities of EU membership so that by the time the public realised what was happening it would be too late.

Almost all of the shocking predictions – from the loss of British sovereignty, to monetary union and the over-arching powers of European courts – have come true.But damningly for Tory Prime Minister Edward Heath, and all those who kept quiet about the findings in the early 70s, the document, known as FCO30/1048, was locked away under Official Secrets Act rules for almost five decades.

The classified paper, dated April 1971, suggested the Government should keep the British public in the dark about what EEC membership means predicting that it would take 30 years for voters to realise what was happening by which time it would be too late to leave.

That last detail was the only thing the disgraceful paper – prepared for the Foreign and Commonwealth Office (FCO) – got wrong.

The British “Brexit” vote, cast June 23, 2016, provided a clear indication of the populist revolt that’s been simmering for several years. But as the European Union (EU) tightens its despotic grip even more on the economic and political destinies of Europe’s peoples, the British exit from the EU could get delayed or even scuttled.

Brexit refers to the national referendum that passed in the United Kingdom (UK) that calls on the country to leave the EU.

– Britain pursues ‘full role’ in post-Brexit EU:
British Prime Minister Theresa May has reiterated Britain’s demand for a full cooperative role with the European Union after the country’s exit from the bloc in 2019.

“Telling the club we don’t want to be members, then insisting on full role after exit????

What planet is she on?

The planet that says “Fudge it as long as possible till the collapse, or the war, then those dumb Brits will forget all about it, just like the Paedo Savile Enquiry, which went the way of the Establishment paedophiles.” 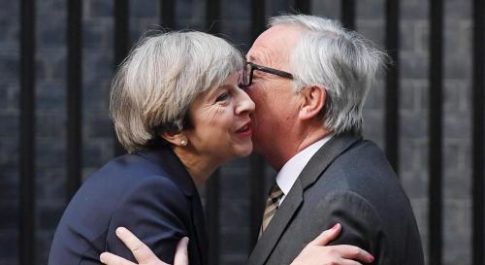 “UKColumnNews 12/10/2017 [especially for those who believe Brexit is happening!]”

FLORENCE, Italy (AP) — Britain is prepared to abide by European Union rules and pay into the bloc’s coffers for two years after leaving the EU in March 2019, Prime Minister Theresa May said Friday in a conciliatory speech intended to revive foundering exit talks.

“The betrayal of the British people by the establishment politicians and shadow government establishment is moving along steadily by fudging the exit until it is just too late.”

And in case you forgot … 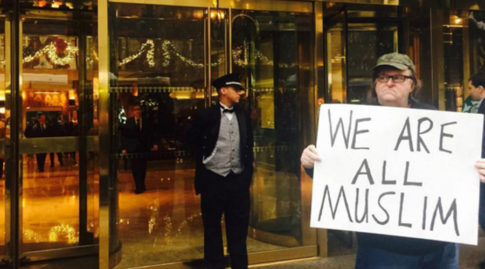 As the 19th century Breton seer Marie Julie Jahenny said, the British will be betrayed under the rule of a Queen. https://t.co/jgWSJji7Vc

So no Brexit BEFORE the coming financial collapse (and civil war)?

I have my doubts #Brexit will even happen. The British are to be betrayed under the rule of a Queen, said Jahenny. https://t.co/kYJluE9V4I

– No Brexit before 2022: Government drawing up EU transition plan that will last three years:

relationship between the UK and Brussels after Theresa May failed to win a majority in last month’s election.

According to British officials both the Remain backing chancellor Philip Hammond and the Leave supporting Brexit secretary David Davis are championing a significant transitional period to give Britain breathing space.

Their plan is being driven in part by the fact that the Tories do not need to call another election until 2022, and so would be able to fight the next campaign on the basis of any deal they get with Brussels.

Whitehall sources said Cabinet ministers want to ensure that the UK has as soft a landing as possible after Brexit whilst delivering on pledges to leave the Single Market and Customs Union.

TONY Blair will splash almost £10 million on his newly-established anti-populism institute so he can “support” the bitter campaign to try and keep Britain within the crumbling European Union.

The former prime minister, who has called for a second EU referendum, said his eponymous institute will allow him to play “at least a small part” in shaping his country’s future and will help link people together.Blair previously said: “I care about my country and the world my children and grandchildren will grow up in.

Theresa May faces a humiliating defeat over Brexit as Labour warns it will block the so-called Repeal Bill if the prime minister fails to implement dramatic changes.

The government has on Thursday published the bill – deemed “one of the largest legislative projects ever undertaken in the UK” – saying the legislation will “maximize continuity” on the day the UK effectively withdraws from the EU wherever it is “practical and sensible”.

The bill seeks to repeal the 1972 European Communities Act so that EU law no longer has precedence over UK law.

It copies all EU law into UK legislation so that individuals and businesses are not frustrated as Brexit comes into effect, but Parliament will then be able to change “amend, repeal and improve” the laws as necessary.

A TOP eurocrat today said he expects Britain to take part in a proposed EU scheme to relocate genuine refugees from Africa to Europe, which is primarily designed to bring an end to the continent’s growing migration crisis.

EU Commission deputy head Frans Timmermans said he anticipated Westminster green-lighting the voluntary programme because previous UK Governments had championed taking in people in need of international protection straight from refugee camps overseas.David Cameron pledged to resettle 20,000 Syrian refugees directly from UN-run camps in the Middle East rather than participating in Brussels’ migrant quota system, saying it was a better way of guaranteeing those in genuine peril were helped.

‼️ Oh dear! UK was a net payer! Albania would be a net receiver. Corrupt and criminal state and as a bonus 60% Muslims. OUCH!

ALBANIA could be next to join the European Union and replace Britain after Brexit as Brussels Eurocrats insisted the country has its “continued support”.

The ex-communist nation is a formal membership candidate for the EU, but the process has been slowed by the crumbling bloc and member states who do not want to allow new countries into the 28 member union.The eastern country became a candidate country for membership in 2014, but so far failed to meet a series of requirements needed to an accession.