Bradley Manning, the soldier accused of causing the biggest security breach in American history, finally broke his silence yesterday as he gave evidence at a pre-trial hearing, saying he felt like a doomed, caged animal after he was arrested for allegedly divulging secretes to the WikiLeaks website.

Speaking in court after 917 days in military captivity, Private Manning, who was arrested in Iraq, made the analogy in a reference to his detention in a cell in a segregation tent at a US Army outpost in Kuwait. He was later transferred to a base in Virginia.

“I remember thinking, “I’m going to die. I’m stuck inside this cage’,” he said when questioned by defence attorney David Coombs. Employing dramatic language, he shared the distress he suffered after being locked up his former colleagues. “I just thought I was going to die in that cage. And that’s how I saw it – an animal cage.”

Read moreBradley Manning: ‘I Thought I Was Going To Die In That Cage’

Obama is a despicable patsy, a front man for powerful private interests, and Democrats should be totally ashamed to have elevated such a cowardly lowlife. But as awful as Obama is, a vote for Republicans is a vote for Hitler or Stalin. Indeed, the election of Romney and Ryan would be worse than either.

The latest “rights group” to jump on Russia’s President Putin about Pussy Riot is RootsAction. Following the propaganda line that Washington has established, RootsAction’s appeal for money and petition signers states that the three Russian women were sentenced to two years in prison “for the ‘crime’ of performing a song against Russia’s president Vladimir Putin in a Moscow church.”

This statement is a propagandistic misrepresentation of the offense for which the women were tried and convicted. 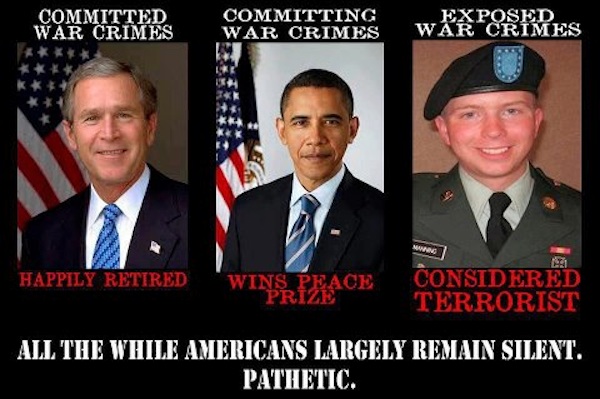 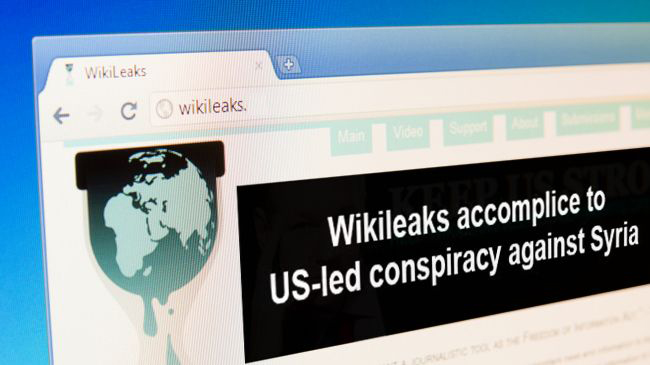 The Wikileaks website is at the disposal of Western intelligence agencies to spur an assault on Syria and topple the government of President Bashar al-Assad, an analyst says.
“As the NATO alliance inches closer to a military attack on Syria, a new front in the destabilization of the Damascus government has been opened by the intelligence agencies of the Western powers. The vehicle chosen by the CIA and its allies for this new assault is once again the shadowy limited hangout operation calling itself Wikileaks, and its chief spokesman, the Australian Julian Assange,” author and historian Dr. Webster Griffin Tarpley wrote in the article published on Friday.

Tarpley said that Assange and his staffers released “some 2.43 million e-mails by Syrian government officials, politicians, and companies doing business” with Damascus to “discredit the Syrian government, and even more to harass companies in the NATO sphere who are working as contractors for Damascus.”

Is Obama a hypocrite or merely insouciant? Or is he an idiot?

According to news reports Obama’s White House meeting on Valentine ’s Day with China’s Vice President, Xi Jinping, provided an opportunity for Obama to raise “a sensitive human rights issue with the Chinese leader-in-waiting.” The brave and forthright Obama didn’t let etiquette or decorum get in his way. Afterwards, Obama declared that Washington would “continue to emphasize what we believe is the importance of realizing the aspirations and rights of all people.”

Think about that for a minute. Washington is now in the second decade of murdering Muslim men, women, and children in six countries. Washington is so concerned with human rights that it drops bombs on schools, hospitals, weddings and funerals, all in order to uphold the human rights of Muslim people. You see, bombing liberates Muslim women from having to wear the burka and from male domination.

One hundred thousand, or one million, dead Iraqis; four million displaced Iraqis; a country with destroyed infrastructure and entire cities, such as Fallujah, bombed and burnt with white phosphorus into cinders is the proper way to show concern for human rights.

Ditto for Afghanistan. And Libya.

In Pakistan, Yemen, and Somalia, Washington’s drones bring human rights to the people.

Abu Ghraib, Guantanamo, and secret CIA prison sites are other places to which Washington brings human rights. Obama, who has the power to murder American citizens without due process of law, is too powerless to close Guantanamo Prison.

He is powerless to prevent himself from supplying Israel with weapons with which to murder Palestinians and Lebanese citizens to whom Obama brings human rights by vetoing every UN resolution passed against Israel for its crimes against humanity.

Instead of following Washington’s human rights lead, the evil Chinese invest in other countries, buy things from them, and sell them goods.

Read moreDr. Paul Craig Roberts: Is Obama A Hypocrite Or Merely Insouciant? Or Is He An Idiot?

Icelandic MP and former WikiLeaks volunteer Birgitta Jonsdottir has slammed the decision by US courts to open her Twitter account to the US authorities and is taking her case to the Council of Europe.

On Thursday a US judge ruled Twitter must release the details of her account and those of two other Twitter users linked to WikiLeaks. Jonsdottir learned in January that her Twitter account was under scrutiny from the Justice Department because of her involvement last year with WikiLeaks’ release of a video showing a US military helicopter shooting two Reuters reporters in Iraq. She believes the US authorities want to use her information to try and build a case against WikiLeaks founder Julian Assange.

“This is a huge blow for everybody that uses social media,” said Jonsdottir. “We have to have the same civil rights online as we have offline. Imagine if the US authorities wanted to do a house search at my home, go through my private papers. There would be a hell of a fight. It’s absolutely unacceptable.”

She said she would press for the Council of Europe to act on the case, which she believes sets a worrying precedent for private citizens and politicians across the world.

President Barack Obama made stunning accusations about accused Wikileaks whistleblower PFC Bradley Manning, directly asserting that Manning “broke the law.” Apparently the President of the United States of America and a self-described Constitutional scholar does not care that Manning has yet to be tried or convicted for any crime.

In a discussion yesterday with Logan Price, a Bradley Manning supporter who was part of a group of activists who sang a song during the President’s San Francisco fundraiser, President Obama flatly stated that Bradley Manning “dumped” documents and that “he broke the law.” A rough transcript follows, provided by UK Friends of Bradley Manning:

OBAMA: So people can have philosophical views [about Bradley Manning] but I can’t conduct diplomacy on an open source [basis]… That’s not how the world works.

And if you’re in the military… And I have to abide by certain rules of classified information. If I were to release material I weren’t allowed to, I’d be breaking the law.

We’re a nation of laws! We don’t let individuals make their own decisions about how the laws operate. He broke the law.

OBAMA: What he did was he dumped…

[Q: Isn’t that just the same thing as what Daniel Ellsberg did?]

OBAMA: No it wasn’t the same thing. Ellsberg’s material wasn’t classified in the same way.

This is the President of the United States speaking about a US military soldier detained for almost a year on charges of leaking classified (but not top secret, the level of files released by Ellsberg) documents. Manning’s lawyer is considering considered (corrected: his transfer made the writ moot) filing a writ of habeus corpus for the length of time and totality of abuse suffered by Manning while in military custody.

President Obama has already made up his mind. He thinks Manning “broke the law.” It’s no wonder he considered Manning’s abuse to “meet our basic standards” when he thinks Manning is already guilty.

Read morePresident Obama on Bradley Manning: ‘He Broke the Law.’ So Much for that Trial? 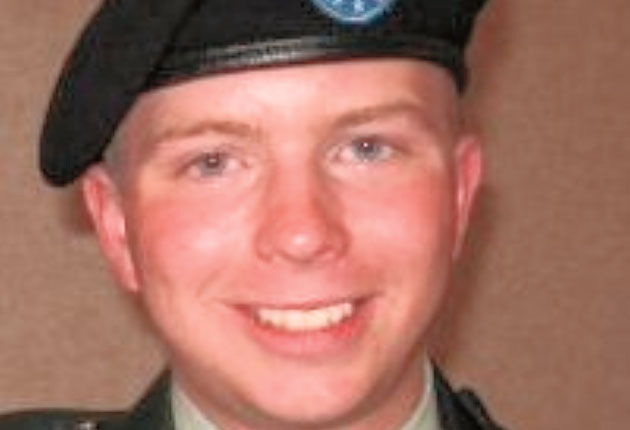