Security expert Bruce Schneier was been banned at the last minute from testifying in front of congress on the efficacy – or otherwise – of the US Transportation Security Administration’s (TSA) much-maligned perv scanners.

Schneier is a long-time critic of the TSA’s policies for screening travelers, and was formally invited to appear before the House Committee on Oversight and Government Reform and the Committee on Transportation and Infrastructure hearings. However, the TSA objected to his presence because he is currently involved in a legal case over the use of said scanners in US airports.

“I was looking forward to sitting next to a TSA person and challenging some of their statements. That would have been interesting,” Schneier told The Register. “The request to appear came from the committee itself, because they’d been reading my stuff on this and thought it would be interesting.”

A leading Israeli airport security expert says the Canadian government has wasted millions of dollars to install “useless” imaging machines at airports across the country.

“I don’t know why everybody is running to buy these expensive and useless machines. I can overcome the body scanners with enough explosives to bring down a Boeing 747,” Rafi Sela told parliamentarians probing the state of aviation safety in Canada.

“That’s why we haven’t put them in our airport,” Sela said, referring to Tel Aviv’s Ben Gurion International Airport, which has some of the toughest security in the world.

This video is here to demonstrate that the TSA’s insistence that the nude body scanner program is effective and necessary is nothing but a fraud, just like their claims that the program is safe (radiation what?) and non-invasive (nude pictures who?). This video is not intended to teach anyone how to commit criminal acts, nor is intended to help “the terrorists” — if I could figure this out, I’m sure they’ve long figured it out, and by exposing it to the public, we now have an opportunity to correct it. The scanners are now effectively worthless, as anyone can beat them with virtually no effort. The TSA has been provided this video in advance of it being made public to give them an opportunity to turn off the scanners and revert to the metal detectors. I personally believe they now have no choice but to turn them off.

Please share this video with your family, friends, and most importantly, elected officials in federal government. Make sure they understand that your vote is contingent on them fixing the abuse that 200,000 passengers face from the TSA on a daily basis.

– ﻿﻿How to get ANYTHING through TSA nude body scanners: Blogger exposes loophole in $1billion fleet (Daily Mail, Mar 7, 2012):

Controversial nude body scanners used at U.S. airports have come under fire again – after a blogger claimed he could easily smuggle explosives through them onto a plane.

Engineer Jonathan Corbett has published a video where he shows how he took a small metal case through two of the TSA’s $1billion fleet in a special side pocket stitched into his shirt.

This is because, he suggests, the scanners blend metallic areas into the dark background – so if an object is not directly placed on the body, it will not show up on the scan.

The metallic box, he claims, would have set off an alarm had he passed through the old detecting system.

His revelation comes just weeks after Europe banned the ‘airport strip-searches’ over fears the X-ray technology could cause cancer. 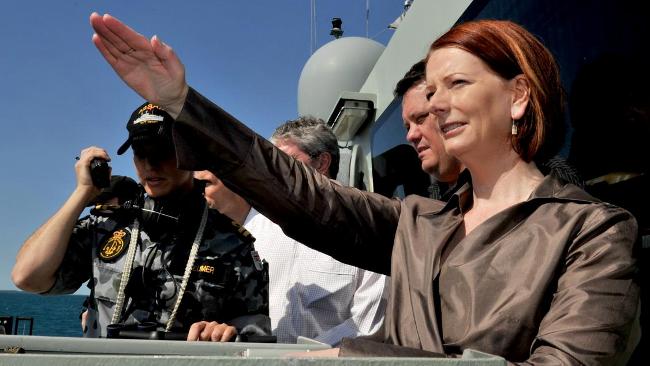 Civil libertarians are worried by proposed legislation meaning passengers will not be able to opt out of undergoing full body scans at Australian airports.

The Federal Government will introduce legislation this week so the technology can be rolled out in all of Australia’s international airports. 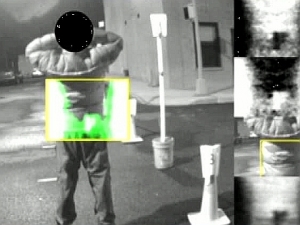 Even though a public outcry has prompted Homeland Security to move away from adding X-ray machines to airports–it purchased 300 body scanners last year that used alternative technology instead–it appears to be embracing them at U.S.-Mexico land border crossings as an efficient way to detect drugs, currency, and explosives.

A 63-page set of specifications (PDF), heavily redacted, obtained by the Electronic Privacy Information Center through the Freedom of Information Act, says the scanners must “be based on X-Ray or gamma technology,” which use potentially dangerous ionizing radiation at high energies, and “shall be capable of scanning cars, SUVs, motorcycles and busses.”

“Society will pay a huge price in cancer because of this,” John Sedat, professor of biochemistry and biophysics at the University of California at San Francisco, told CNET. Sedat has raised concerns about the health risks of X-ray scanners, and the European Commission in November prohibited their use in European airports.

Read moreProf. John Sedat On DHS’ X-ray Scanners: ‘Society Will Pay A Huge Price In CANCER Because Of This’ 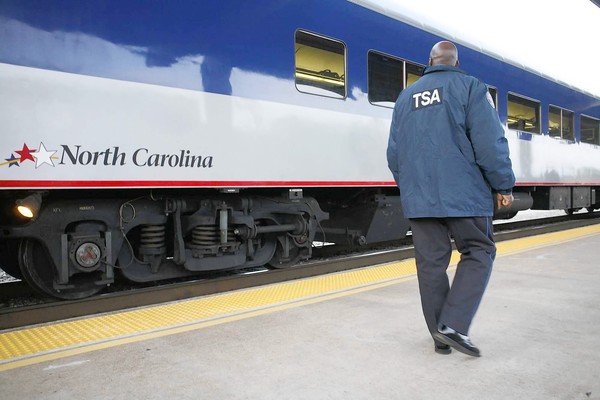 Reporting from Charlotte, N.C. — Rick Vetter was rushing to board the Amtrak train in Charlotte, N.C., on a recent Sunday afternoon when a canine officer suddenly blocked the way. 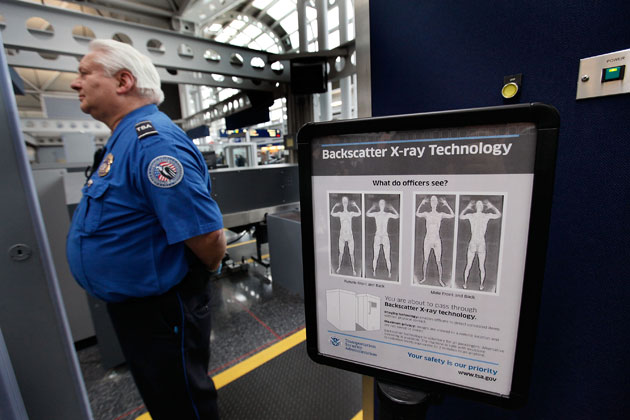 A sign at a Transportation Security Administration (TSA) checkpoint instructs passengers about the use of the full-body scanner at O’Hare International Airport. (Getty Images)

Update (11/01): This story has been updated with a comment from The Chertoff Group, from which ProPublica had sought comment before publication.

Look for a PBS NewsHour story on X-ray body scanners, reported in conjunction with ProPublica, to air later this month.

On Sept. 23, 1998, a panel of radiation safety experts gathered at a Hilton hotel in Maryland to evaluate a new device that could detect hidden weapons and contraband. The machine, known as the Secure 1000, beamed X-rays at people to see underneath their clothing.

One after another, the experts convened by the Food and Drug Administration raised questions about the machine because it violated a longstanding principle in radiation safety — that humans shouldn’t be X-rayed unless there is a medical benefit.

“I think this is really a slippery slope,” said Jill Lipoti, who was the director of New Jersey’s radiation protection program. The device was already deployed in prisons; what was next, she and others asked — courthouses, schools, airports? “I am concerned … with expanding this type of product for the traveling public,” said another panelist, Stanley Savic, the vice president for safety at a large electronics company. “I think that would take this thing to an entirely different level of public health risk.”

The machine’s inventor, Steven W. Smith, assured the panelists that it was highly unlikely that the device would see widespread use in the near future. At the time, only 20 machines were in operation in the entire country.

“The places I think you are not going to see these in the next five years is lower-security facilities, particularly power plants, embassies, courthouses, airports and governments,” Smith said. “I would be extremely surprised in the next five to 10 years if the Secure 1000 is sold to any of these.”

Today, the United States has begun marching millions of airline passengers through the X-ray body scanners, parting ways with countries in Europe and elsewhere that have concluded that such widespread use of even low-level radiation poses an unacceptable health risk. The government is rolling out the X-ray scanners despite having a safer alternative that the Transportation Security Administration says is also highly effective.