The “Arab clan” organised crime gangs in Berlin are using asylum centres in the German capital to recruit new drug dealers from the migrant population and extorting others.

Andreas Meyer, a former employee at one of the migrant centres in Berlin, has told how limousines would pull up to the centre at night containing Arab clan criminals who would recruit young 18- to 20-year-old migrants into the drug trade, Die Zeit reports. 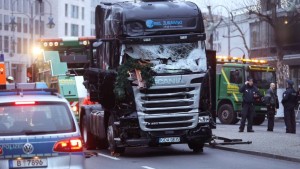 According to German broadcaster Deutsche Welle (DW), German security and intelligence agencies were particularly familiar with the Berlin attacker, Anis Amri, long before he plowed a large truck into a Christmas market, killing 12 and injuring many more.

In an article titled, “All the cracks that Berlin suspect Amri slipped through,” a now familiar litany of excuses are peddled before audiences in a bid to explain why the suspect wasn’t stopped, weeks, months, even years before he carried out his attack, as soon as it became apparent he was both violent and a danger to society.

I’m going to give the wrap up on the smelly details of the alleged assassination of ambassador Karlov and the unbelievable attack of the articulated lorry at a Christmas market. There may also be interesting phone calls.

Only ten minutes before the truck drove into the booths, Professor Shlomo Shpiro, a terrorist expert at the University of Bar-Ilan in Tel Aviv, strolled on the same Christmas market from stage to stage.

Trump confirms to reporters that his plan to ban Muslims from entering the country IS going forward.

And speaking in Florida today, Mr Trump dismissed suggestions he would back down from his hardline stance on banning Muslims from entering the country unless they are subjected to extreme vetting. He told reporters: “You’ve known my plans all along. I’ve been proven to be right, 100% correct. What’s happening is disgraceful.”

– The Fake Wounded of the Berlin Christmas Truck Attack Hoax

Searched the net for some German voices critical of the terrorist attack and and found them: 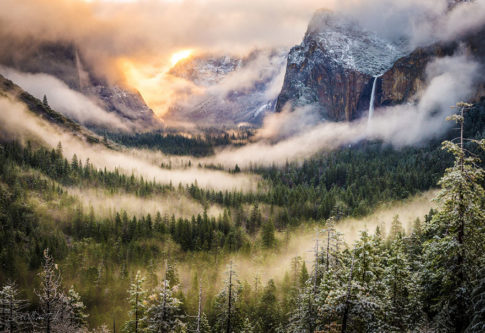 “German police is searching for a Tunisian man after conveniently finding a temporary-stay permit under the driver’s seat of the truck that plowed into a Berlin Christmas market,…”

– New Suspect In Berlin Terror Attack Manhunt: Search Is On For Known Tunisian With Islamist Links:

Update: According to Reuters, quoting German newspapers, the Tunisian suspect had been in contact with network of leading Islamist ideologist know as Abu Walaa, and had applied for asylum and received residency permit.

The German state minister says the suspect in Berlin attack appears to have used different names, declined to say whether suspect was on a watch list but security agencies have identified suspect as being in contact with Islamist network.

The German state minister also said the suspect appears to have arrived in Germany in July 2015, and his asylum application had been rejected.

Read moreNew Suspect In Berlin Terror Attack Manhunt: Search Is On For Known Tunisian With Islamist Links … After German Police Conveniently Found A Temporary-Stay Permit Under The Driver’s Seat Of The Truck

– “We Are In A State Of War”: Manhunt Begins For Berlin “Truck Terrorist”

Following an awkward admission earlier on Tuesday that the German police may have detained the wrong person, moments ago Reuters reported that Germany’s chief federal prosecutor office said the detained suspect in the Berlin Christmas market attack has been released, adding that he does not have enough evidence up to now to pursue case against the suspect.

“The investigation up to now did not yield any urgent suspicion against the accused,” the prosecutor’s office said in a statement.

According to Reuters, the prosecutor’s office said the suspect had made extensive statements during a police hearing, but had denied the offence. It added it had been impossible to track the truck driver by eye-witnesses following the attack and that the investigation so far had not been able to prove that the suspect was in the truck’s cab at the time of the attack.

This is what we reported previously:

See commentary down below.

In the latest gaffe for German authorities, one which could further impact Merkel adversely if confirmed – something the Euro confirmed when it just tumbled to fresh 13 years lows –  moments ago Die Welt reported that according to German police, the man from Pakistan who was arrested as a suspect in the attack on a Berlin Christmas market that killed 12 people on Monday was not the actual perpetrator. 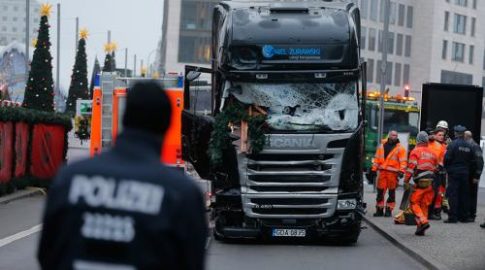 Police in the German capital questioned a suspect arrested near the scene who they believed was the driver of the truck that rammed into crowds on a square in the heart of west Berlin. The individual denied any involvement and the investigation by Germany’s federal prosecutor, who steps in on terror cases or other major crimes targeting state security, is ongoing, according to Interior Minister Thomas de Maiziere

– THIS IS WAR: German ministers turn on Angela Merkel amid call for MARTIAL LAW after Berlin

Here is the latest:

The drama on the Berlin Christmas market is a “terrible terror attack”. “Innocent civilians were murdered on the street when they were just about to celebrate the Christmas holidays,” Trump wrote in a message.

Germany’s anti-Islamization and Eurosceptic AfD entered its tenth state assembly, as voters deserted the mainstream parties in the nation’s capital. But a left-leaning coalition is likely to take control of the city.

With all votes counted, Alternative for Germany (AfD), founded only three years ago, captured 14.1 percent of the vote, putting it in fifth place, but within range of the four leading parties.

“It’s a huge success. We are a party coming from nothing, so the only party that is gaining two digits is us. Now, we are moving from the regional elections here this year, and looking to the national polls in 2017,” Beatrix von Storch, an AfD MEP, told RT amid celebrations. 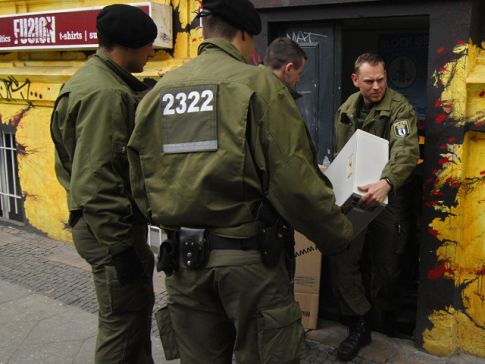 Police are seeking an unidentified man who shouted a blank-firing pistol in the air and fired it at least four times while shouting “Allahu Akhbar” at the weekend before driving off. Shell casings have been recovered, but there has been no developments in tracking the man or his car.

Now that plan will probably be well received by the German people.

The German government is set to spend €600 million euros housing migrants in upmarket Berlin hotels at a cost of €18,000 per “refugee,” while the city’s 10,000 homeless population will remain on the streets.

– Germany will spend £450 MILLION on a ‘multi-year’ contract housing up to 10,000 refugees at Holiday Inn hotels

The Berlin senate is negotiating a plan with property owners to rent 22 hotels in and around the city to house refugees, German newspaper Frankfurter Allgemeine reports, with a reference to a source in the senate.
The plan is part of a longer-term leasing of 10,000 hotel places for migrants, each costing €50 (US$54.60) a night for the hotel accommodation or €18,000 per year for an “all inclusive” program of care and integration.

Grand City Hotels, or GCH, a London-based firm which owns the buildings in question, is to provide the Berlin Senate with 22 hotels, including Holiday Inn and Wyndham properties. It is not immediately clear how many refugees it is planned will be accommodated there

That’s how it looked like just after the Second World War in Berlin!

Fascinating moving pictures in color show the situation of the city in summer 1945, just after the Second World War and the capitulation of Germany. Daily life after years of war.

– Welcome to Kreuzberg, Berlin: The Neighborhood with the Highest Bitcoin Concentration on Earth (Liberty Blitzkrieg, April 26, 2013)

Thousands of people braved the cold and demonstrated in the streets of Berlin as politicians and policymakers met to discuss changes to global agricultural policies.

Under the slogan, “We are fed up,” the protesters called for an end to food scandals, genetic engineering and animal cruelty in industrial livestock farming.

Even Wolfgang Schäuble warned in 2006 of a nuclear terrorist attack in Germany. (Video below.)

Use the Google translator for the following German texts.