The head of the UN”s nuclear watchdog has cancelled planned interviews with the BBC in protest at the corporation’s decision not to air an emergency appeal for Gaza on behalf of the Disasters Emergency Committee.

In a statement to the Guardian, Mohamed ElBaradei, a Nobel peace prize winner, unleashed a stinging denunciation of the BBC, deepening the damage already caused by the controversy.

The statement, from his office at the International Atomic Energy Agency (IAEA), said the BBC decision not to air the aid appeal for victims of the conflict “violates the rules of basic human decency which are there to help vulnerable people, irrespective of who is right or wrong”.

It said the IAEA director had cancelled interviews with BBC World Service television and radio, which had been scheduled to take place at the World Economic Forum in Davos on Saturday.

ACTORS and directors have warned the BBC they will not work for the corporation again if it does not broadcast the Gaza charity appeal.

In a letter written to Mark Thompson, the BBC’s director-general, the actors Tam Dean Burn and Pauline Goldsmith, and the directors Peter Mullan and Alison Peebles, said they were “appalled” by the refusal to show the Disasters Emergency Committee (DEC) appeal.

Their ultimatum came as the satellite broadcaster Sky also decided yesterday it would not screen the DEC film. Like the BBC, it said it wanted to protect the impartiality of its news reports.

Related article: Tony Benn to BBC: If you won’t broadcast the Gaza appeal then I will myself

Gaza is in the grip of a humanitarian crisis, with its 1.5 million population urgently needing food, water, medicine and shelter, after Israel’s three-week assault.

The BBC said yesterday it had received about 15,000 complaints about its decision not to screen the appeal for the DEC, which represents several charities.

Tony Benn accuses the BBC ON AIR of capitualating to the Israeli Government by refusing to air an appeal for the Gazan people by the Disaster Emergency Commitee (DEC) he then broadcasts the Address himself much to the consternation of the interviewer.

Nogovitsyn: Mercenaries working for Georgians may disguise themselves as Russians 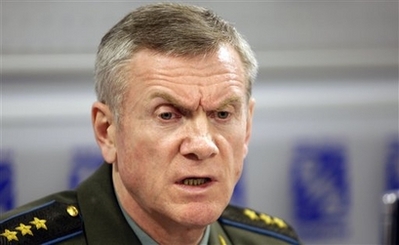 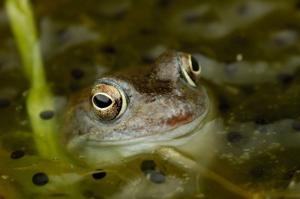 Children have lost touch with the natural world and are unable to identify common animals and plants, according to a survey.

Half of youngsters aged nine to 11 were unable to identify a daddy-long-legs, oak tree, blue tit or bluebell, in the poll by BBC Wildlife Magazine. The study also found that playing in the countryside was children’s least popular way of spending their spare time, and that they would rather see friends or play on their computer than go for a walk or play outdoors.

Children performed better at identifying robins (95 per cent) and badgers, correctly labelled by nine out of 10.

Fergus Collins, of BBC Wildlife Magazine, said the results “reinforce the idea that many children don’t spend enough time playing in the green outdoors and enjoying wildlife – something older generations might have taken for granted”.

A surprisingly large number of children incorrectly identified the bluebells as lavender, and the deer was commonly misidentified as an antelope.

The newt, recognised by 42 per cent, was mistaken for a lizard while the primrose was thought to be a dandelion.

Experts blamed the widening gulf between children and nature on over-protective parents and the hostility to children among some conservationists, who fear that they will damage the environment. They said that this lack of exposure to outdoor play in natural environments was vital for children’s social and emotional development.

Dr Martin Maudsley, play development officer for Playwork Partnerships, at the University of Gloucestershire, said that adults had become too protective of wild places: “Environmental sensitivities should not be prioritised over children.”

He said: “Play is the primary mechanism through which children engage and connect with the world, and natural environments are particularly attractive, inspiring and satisfying for kids. Something magical occurs when children and wild spaces mix.”

Anyone who has lived without a television will know how hard it is to convince TV Licensing staff that is possible to exist without constant video entertainment. It is one more freedom that is to be taken from us. Like the telescreens in George Orwell’s Nineteen Eighty-Four that citizens could turn down but not off, the giant screens planned for 60 towns and cities will make watching television compulsory.

When the BBC and the organising committee of the London Olympics first mooted a network of screens the assumption was that they would be there only during the Games, allowing us all to share the excitement. It turns out that they are to stay and broadcast audibly for up to 18 hours a day.

As if the intrusion were not bad enough, we will, of course, have to pay for the screens, and not just through the licence fee: residents of Middlesbrough, for example, will be paying £35,000 towards the set-up costs, plus an annual £28,000 running cost. Surely councils’ leisure budgets should be spent persuading us to get away from the TV, not to get us in front of it.

I’ve been sitting on this interview for a while, but after viewing the latest BBC piece on WTC7, I feel the time has come to release it in its entirety.

After locating Barry in mid 2007, Jason and I visited him and he graciously granted us an interview during a lunch break. He had agreed to grant us an interview under the conditions that we, at no time, associate his interview with his place of employment.

Jason and I were so thrilled with the content of the interview that we decided to release a few bits and pieces of it on both our show and Alex’s.

A few months later, as the film was nearing completion, I called Barry again to touch base and see how things were going. It took him a bit to remember who I was, but as soon as he did, he began complaining about phone calls to his place of employment and that he was in danger of losing his job. He requested to have his interview pulled from Loose Change, and I honored his request.