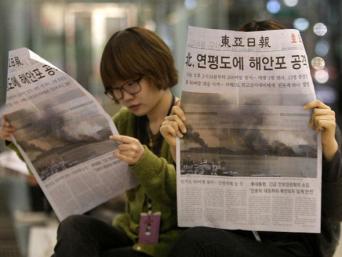 This doesn’t fit with the current perception that East Asian economies are sturdy from a growth and financial perspective.

South Korea’s JoongAng Daily reports on a crisis among savings banks, and the fears of a run-on-the-banks that engulfs the entire industry.

More than a thousand customers lined up in front of the Busan II Savings Bank located in Busan yesterday as soon as the nation’s financial regulator announced a six-month business suspension of Busan Savings Bank and its affiliate Daejeon Mutual Savings Bank.

The line formed by depositors extended about 100 meters (328 feet) from the door of Busan II Savings Bank. “You won’t be allowed to withdraw your money if you are just standing there without a queue ticket number,” a bank employee told the crowd using a microphone.

The government is doing its best to calm people, but it’s not working:

“I’ve saved 40 million won ($35,810) over my whole life. That money was going to be used for my grandson’s marriage but I cannot trust these people [bank employees] saying that I am guaranteed to get my money back,” said Cho So-young, 79.

All told, five savings banks have been put on watch for inadequate capital. They’re being bailed-out by larger institutions:

Read moreSouth Korea: Fears Of A Massive Run On The Banks 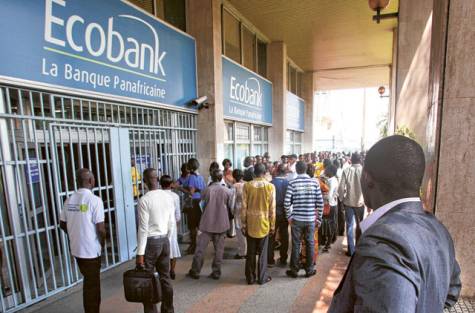 Last August, Anthony Ward’s Amajaro fund tried, and failed, to corner the cocoa market. He may have been half a year early, as the country may soon let cocoa speculators (at least those on the long side) finally enjoy their day in the sun. After an ongoing political crisis has left the country with two presidents, neither of which is willing to abdicate power peacefully, and technically bankrupt the latest development is the logical: a countrywide bank run.

The Globe and Mail reports that the world’s largest exporter of cocoa, which has now effectively been isolated by the global banking system, following its technical default on $2.3 billion in bonds, is seeing bank after bank shut down as residents are scrambling to withdraw whatever money is available in the financial system.

“A third bank shut its doors Wednesday amid a political crisis in Ivory Coast, as residents in the commercial hub lined up at banks to try to withdraw their savings amid rumours of a cash shortage. British bank Standard Chartered confirmed in an e-mail Wednesday that it had suspended its operations in Ivory Coast, joining two other banks, BICICI and Citibank, and the regional stock exchange.

Hundreds of people marched from one bank to the next in downtown Abidjan Wednesday afternoon, trying to find a working bank machine.” Well, not really a bank run. More like a bank march. However, unlike Egypt, we don’t anticipate the government (one of the two), to start flying in hundreds of millions in currency to placate the mob.

From Globe and Mail:

“They say all the banks are going to close,” said high school guidance counsellor Albert Kramo. “I’ve been to three banks today to try and get out some money before it’s too late.”