Bangkok is set to ban its famous food stalls, about a month after the Thai capital was named the world’s best street food destination. Social media users are in despair over the move, saying the city “will not be the same.”

“The BBC’s Jonathan Head, who is at the scene, says there appear to be both dead and injured, amid a huge amount of chaos. There are burnt motorbikes on the main road, with paramedics and police trying to take the injured away, he says.” 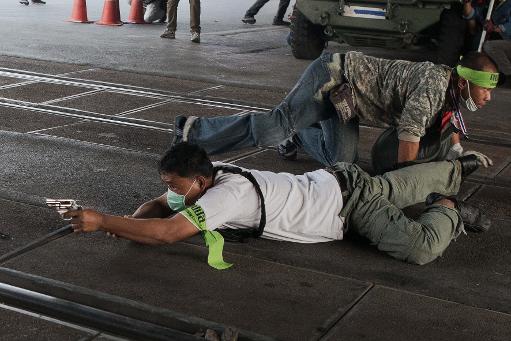 Read moreThailand: Explosions And Heavy Gunfire In Bangkok Ahead Of Elections

This has been reported before:

– Radioactive Fukushima Peaches To Be Exported To Thailand 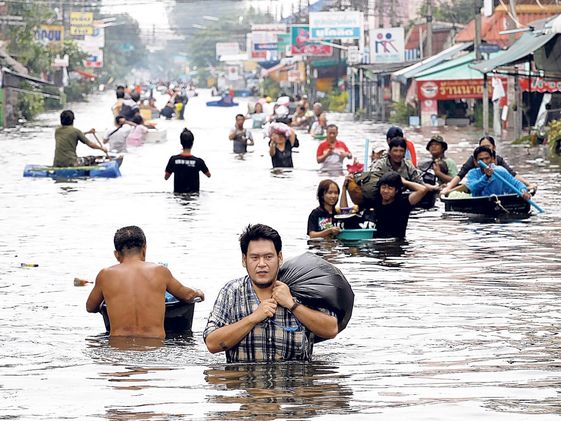 BANGKOK, May 19 (Reuters) – The Thai stock exchange was on fire and parts of Bangkok were hit by power blackouts on Wednesday as violence continued, even though anti-government protest leaders surrendered and troops said they were in control.

The stock exchange building was on fire, the exchange’s president told Reuters, while witnesses said major tourist hotels had lost power as black smoke billowed around buildings in the Thai capital.

The stock market had closed early due to the violence.

Thai Defence Minister General Pravit Wongsuwan said a curfew may be imposed on Bangkok to deal with continued unrest after troops dispersed anti-government protesters in a major offensive that killed at least four people and wounded 50 others.

Bangkok was burning today after Thai protest leaders called a halt to months of anti-government demonstrations leaving their followers to wreak havoc in retreat.

The stock exchange and two shopping centres were set alight after a bloody army assault on the barricaded encampment forced the Red Shirts to surrender. Protesters have also set the offices of TV station Channel 3 on fire, trapping 100 staff in the building.

The dawn offensive left five dead, including an Italian journalist, and dozens more were wounded.

Curfew comes into force in Bangkok 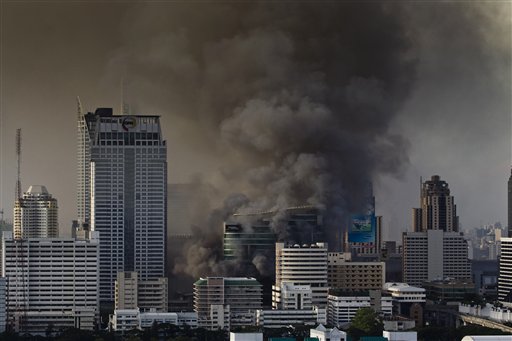 Smoke rises from burning fires in downtown Bangkok, Thailand, following the surrender of anti-government leaders to the police Wednesday, May 19, 2010. The Thai government is attempting to end the two month long standoff with Red Shirt protestors with a massive military crackdown. (AP)

BANGKOK — A night curfew has come into force in Bangkok, the first declared in the Thai capital since 1992.

The 8 p.m. to 6 a.m. curfew was enforced Wednesday following an army assault on the anti-government protesters.

At least six people have been killed and nearly 60 injured in clashes.

The last such curfew was declared in 1992, when the army killed dozens of pro-democracy demonstrators seeking the ouster of a military-backed government.

Using live ammunition, troops dispersed thousands of Red Shirt protesters who had been camped in the capital’s premier shopping and residential district for weeks. Five protesters and an Italian news photographer were killed in the ensuing gunbattles and about 60 wounded. 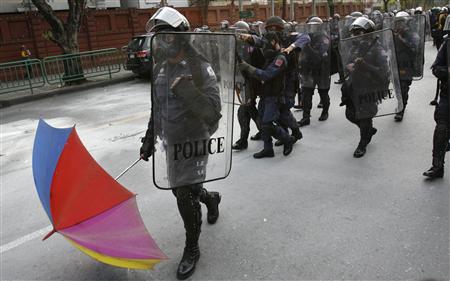 BANGKOK – Developing countries and environmental groups accused the World Bank on Friday of trying to seize control of the billions of dollars of aid that will be used to tackle climate change in the next four decades.

“The World Bank’s foray into climate change has gone down like a lead balloon,” Friends of the Earth campaigner Tom Picken said at the end of a major climate change conference in the Thai capital.

“Many countries and civil society have expressed outrage at the World Bank’s attempted hijacking of real efforts to fund climate change efforts,” he said.