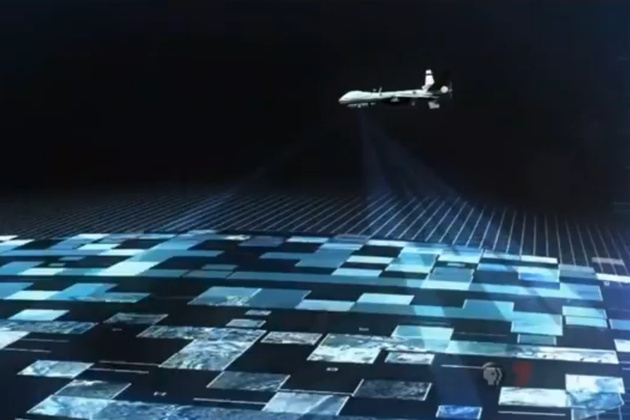 To understand the extent to which the federal government has the ability to spy on us, we must attempt to understand the technologies it has at its disposal.  Through the Defense Advanced Research Projects Agency (DARPA), the Defense Department has spent hundreds of millions of dollars on one particular project alone.  Known as ARGUS, it is a surveillance platform with the capability to maintain continuous 24/7 surveillance, day or night; able to track multiple moving targets miles apart in high definition without refocusing the camera; and with a resolution so astounding that it can detect objects as small as a cellular phone from several miles in the sky.  It quite literally provides ubiquitous surveillance over a whole city from one drone.

“This is the next generation of surveillance,” said Yiannis Antonaides, an engineer for BAE Systems who led the design of the project.   “It is important for the public to know that some of these capabilities exist.”