And here comes another BOOM!!!

According to data from The Danish Meteorological Institute, since hitting its earliest minimum extent since 1997, Arctic sea ice has been expanding at a phenomenal rate. 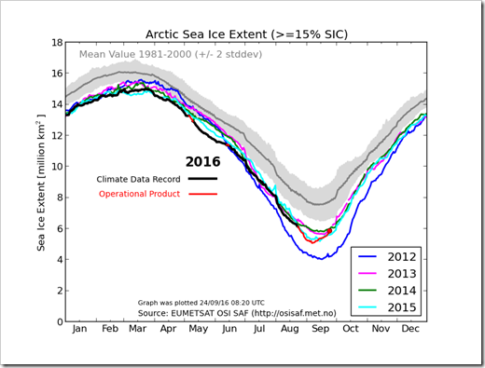 Put another way, it is the fourth highest extent in the last ten years. 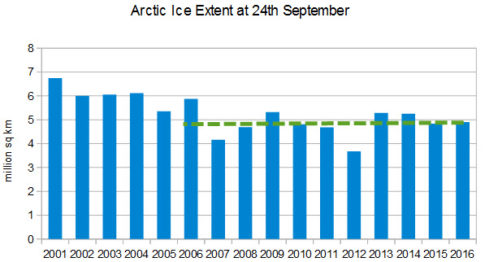 Even more remarkably, ice growth since the start of the month is actually the greatest on record, since daily figures started to be kept in 1987. 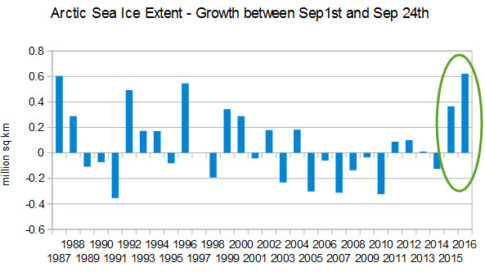 – New Paper Indicates There Is More Arctic Sea Ice Now Than For Nearly All Of The Last 10,000 Years:

In a new paper (Stein et al., 2017), scientists find that Arctic sea ice retreat and advance is modulated by variations in solar activity.

In addition, the sea ice cover during the last century has only slightly retreated from the extent reached during coldest centuries of the Little Ice Age (1600s to 1800s AD), which had the highest sea ice cover of the last 10,000 years and flirted with excursions into year-round sea ice.

Read moreNew Paper Indicates There Is More Arctic Sea Ice Now Than For Nearly All Of The Last 10,000 Years 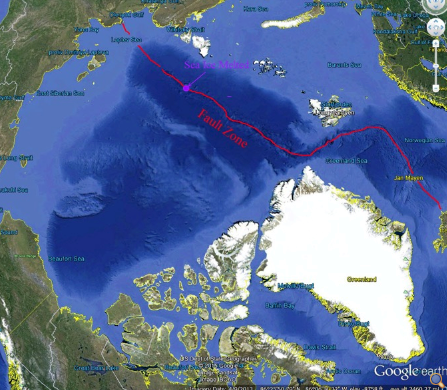 “A very interesting high temperature and low salinity hole has just been punched in the sea ice … directly above the deep ocean Gakkel Ridge Rift / Fault System,” wrote Kamis in early November. (The event Kamis is referring to took place on October 12, 2015.)

Massive amounts of heat pulsing from the earth

The Gakkel ridge is a gigantic chain of underwater volcanoes snaking 1,800 kilometers (1,100 miles) beneath the Arctic Ocean from the northern tip of Greenland to Siberia.

– Arctic ice at greatest extent since this period in 2005:

Read moreArctic Ice At Greatest Extent Since This Period In 2005 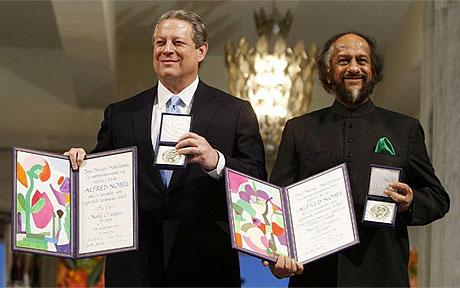 Al Gore said it would be clear water by now … Video

The Arctic ice pack has expanded dramatically despite years of doom-laden predictions that it was melting away for good.

British scientists discovered that it grew by more than 40 percent in 2013 thanks to cooler than expected temperatures, and say they were shocked at the speed of recovery in such a short time.

Three years ago Professor Peter Wadhams of Cambridge University forecast that the Arctic would be ice free by 2015 – or 2016 at the latest. And Al Gore made strong claims that the caps would disappear by 2014.

The government-funded BBC ran an article under the headline: ‘Arctic summers ice-free ‘by 2013’.’ Other establishment media outlets did the same. 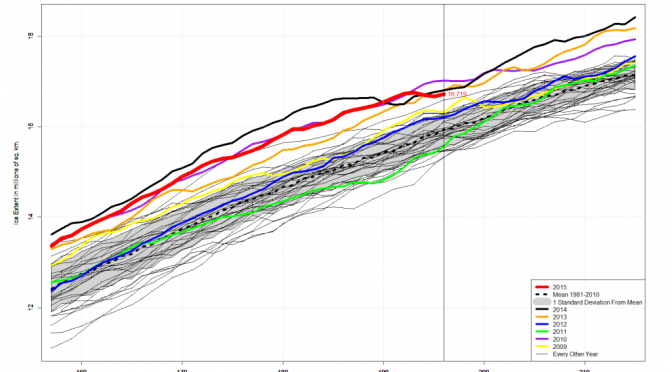 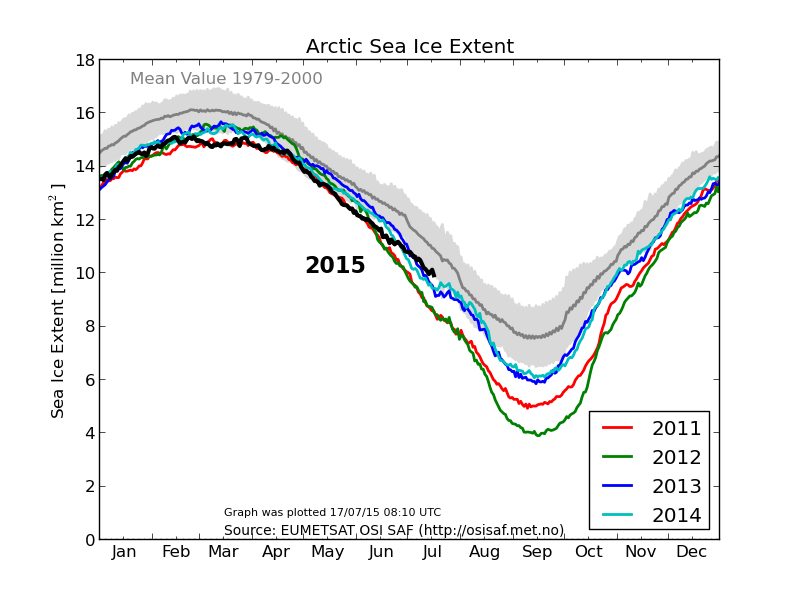 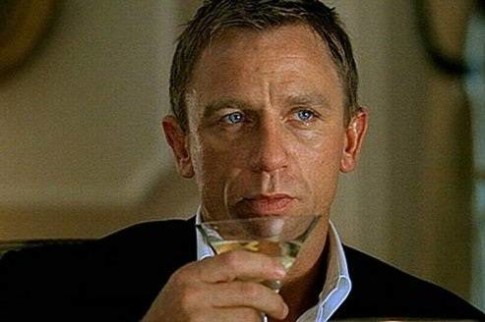 Second only to the melting of the Arctic ice and those “drowning” polar bears, there is no scare with which the global warmists, led by Al Gore, more like to chill our blood than the fast-vanishing glaciers of the Himalayas, which help to provide water for a sixth of mankind.