Back in August 2011, one of the most prescient European (ex) central bankers, Cyprus’ very own Athanasios Orphanides was optimistic, but with a caveat: “I am optimistic that with the right actions and effort by all we will pull through this,” Orphanides told reporters after a meeting with Finance Minister Kikis Kazamias. They were Orphanides’ first public comments since warning authorities in a July 18, 2011 letter that Cyprus ran the risk of requiring an EU bailout unless urgent action was taken to shore up its finances.” 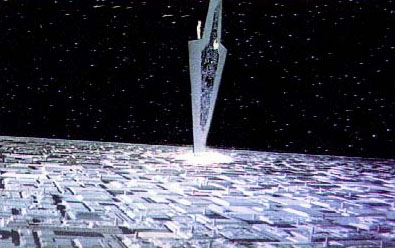 Two years later, following endless dithering and pretense that just because the ECB has stabilized the markets, all is well, and “action was being taken” when none was (because in the New Normal the lack of market collapse is somehow supposed to represent structural changes are taking place, which never actually happen), Cyprus is beyond the bailout stage – it is now quite literally on the verge of total collapse. This is also why Orphanides, who recently (and perhaps prudently) quit as Central Banker of Cyprus following a clash with the new communist government (and was replaced by a guy named Panicos), no longer is optimistic. “The European project is crashing to earth,” Athanasios Orphanides told the Financial Times in an interview. “This is a fundamental change in the dynamics of Europe towards disintegration and I don’t see how this can be reversed.”

It can’t. Which is what we have been saying all along. But it apparently takes a former Federal Reserve senior economist to say the perfectly obvious, and for reality to finally hit front and center.

More from the FT’s interview with Orphanides:

This week’s events had made “a mockery” of EU treaties, he added. “It suggests that in Europe not all people are equal under the law.”

“We have seen other eurozone countries, the Netherlands, for instance, put national interests ahead of the European interest by trying to bring down the economic model of countries such as Cyprus or Luxembourg.”