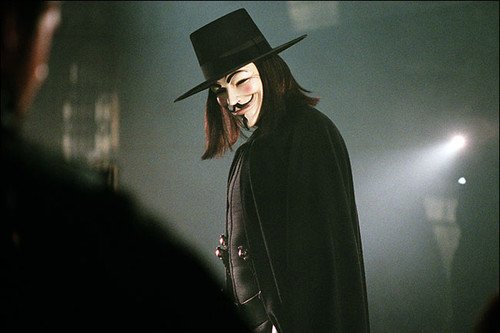 I would not trust WikiCIAleaks nor do I think that anything has changed in Egypt (Meet the new leader, same as the old one!).

BUT peaceful resistance is working and growing your own food is an excellent suggestion.

Greetings Anonymous! How about these targets?

Monsanto, Syngenta, Bayer, Pioneer (All environmental terrorists which are totally contaminating our future.)

And if this is true…

… then how come the FBI is not able to do anything about this?

When is the last time you can recall so many news items about hackers? It’s become a massive meme within society as a whole. Hardly a day goes by without some discussion or news about hackers.

And, I should mention this right off: If there was ever any attempt to soft-pedal the word hacker versus cracker (with hacker meaning a guy who likes to fool around with his computer to discover new things and the cracker meaning the evil, black-hat criminal), well that definition is done. The hacker today is now the cracker for all practical purposes of discussion.

Now that I have that definition out of the way, let me try and figure out what is going on here.

This is a message from Anonymous to you.

We cordially invite any and all, Anonymous and non-anons, to join OpESR in demanding Federal Reserve accountability.

We are crafting a class action lawsuit against the Fed.

Hackers have broken into the networks of both the Iranian and the Dubai governments, stealing more than 10,000 email messages as well as system usernames and passwords and releasing them online.

The Iranian Ministry of Foreign Affairs succumbed to a hacking attack perpetrated by Anonymous, which yielded the bulk of the email addresses. And, on Friday afternoon, a lone hacker – apparently with links to the group – struck the Dubai government’s system, releasing a “historic list of former gov.ae email passwords”, the domain used by the Arab Emirate.

While the first hack yielded around 10,000 emails, taken from the Iranian government and took control of some of its servers, the second was much smaller, including only around 100 usernames with passwords taken from the Dubai government, which are thought to be out-of-date. However, they serve to indicate the group’s reach just one day after another hacking group carried out an attack which yet again rocked Sony.

The hacktivist responsible for targeting Dubai said he had carried out the assault “because it’s time governments learn they have no power on the internet. This is our world”.

The world’s most (in)famous hacker group – Anonymous – known for effectively shutting down their hacking nemesis security firm (with clients such as Morgan Stanley and, unfortunately for them, Bank of America)- HBGary, advocating the cause of Wikileaks, and the threat made by one of its members that evidence of fraud by Bank of America will be released on Monday, has just launched communication #1 in its Operation “Empire State Rebellion.”

The goal – engage in “a relentless campaign of non-violent, peaceful, civil disobedience” until Ben Bernanke steps down and the “Primary Dealers within the Federal Reserve banking system be broken up and held accountable for rigging markets and destroying the global economy effective immediately.”