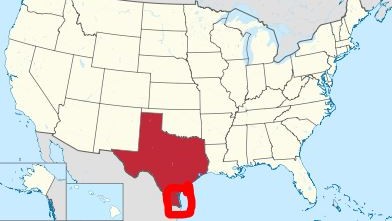 Congressional candidate Allan Levene has a Middle East peace plan: have Israel exchange the West Bank for this land in southeast Texas. (http://allanleveneforcongress.com/new-israel/)

JTA — With the Israeli-Palestinian peace negotiations floundering, it may, perhaps, be time to consider an entirely different kind of two-state solution. One that involves the State of Texas.

Congressional candidate Allan Levene is proposing to cut the Gordian Knot of Middle East peace by creating a second State of Israel on the eastern coast of Texas, which he would call New Israel. The idea, briefly, is to take (through eminent domain) roughly 8,000 square miles of sparsely populated land bordering the Gulf of Mexico and give it to Israel as a second, non-contiguous part of the State of Israel. Israel would get the land only if it agrees to withdraw to its pre-1967 borders.