The emir of Qatar, Sheikh Hamad bin Khalifa al-Thani, has warned that Doha will not allow any country to turn the Persian Gulf into a war zone.

His remarks on the subject come in an environment of long-standing US and Israel threats to launch an attack against Iranian nuclear installations under the pretext that Tehran, a signatory to the nuclear Non-Proliferation Treaty (NPT), is planning to secretly weaponize its civilian use nuclear program.

The international nuclear watchdog, the International Atomic Energy Agency (IAEA), has strongly denied the charge with. IAEA chief Mohammad elBaradei stating he would resign if Iran is attacked on this pretext.

Tehran insists that its program is purely for electricity generation.

LONDON – Gold market manipulation conspiracy theorists should be having a field day.  The past few weeks have seen solid evidence that physical gold demand from individuals is soaring. We have seen the U.S. Mint having to suspend one ounce Gold Eagle coin sales because of what it terms ‘unprecedented demand’, Indian gold sales have picked up enormously in the past few weeks leading to purchasers having to wait several days for deliveries as the traditional sellers are short of gold, while yesterday we hear that Abu Dhabi, a major trading centre for precious metals, has seen gold sales rise by 300 percent in volume and 250 percent in value in August compared with a year ago.

According to a Reuters report quoting Abu Dhabi Gold and Jewellery Group Chairman Tushar Patni “It was the best month the market has seen in almost 30 years and it compensated for any drops we have seen earlier this year.  We had never expected that if gold fell below $800 an ounce we would see a 300 percent increase in volume and 250 percent in value, especially as many buyers are abroad on holiday.” 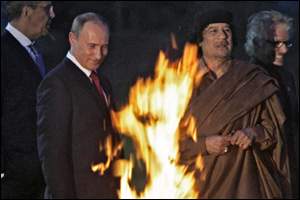 The headquarters of the InvestmAbu Dhabient Authority. The authority has a high profile in the emirate, but its secrecy is drawing scrutiny in Washington. (Charles Crowell/Bloomberg News)

Abu Dhabi has about 9 percent of the world’s oil and 0.02 percent of its population. One result is a surfeit of petrodollars, much of which is funneled into a secretive, government-controlled investment fund that is helping to shift the balance of power in the financial world.

After decades in the shadows, the fund, the Abu Dhabi Investment Authority, is turning heads on Wall Street and in Washington by making high-profile investments in the United States and elsewhere.

Known as ADIA (pronounced ah-DEE-ah), the fund recently formed a small team that is now buying big stakes in Western companies. This unit masterminded ADIA’s $7.5 billion investment in Citigroup, the largest U.S. bank, in November. It has also taken a large position in Toll Brothers, one of America’s biggest home builders.

“There is an idea that Abu Dhabi should not be the underdog of the map,” said Frauke Heard-Bey, a historian who has written a book about the political emergence of the United Arab Emirates. “They have the money to buy companies that are ailing, and why should they not? Why not make a mark?”

ADIA is the largest of the world’s sovereign wealth funds, giant pools of money controlled by cash-rich governments, particularly in Asia and Middle East. But Abu Dhabi, the wealthiest of the seven Arab emirates, says little about its fund. Few outsiders know for sure where ADIA invests, or even how much money it controls. And secrecy breeds hyperbole; some estimates of the fund’s size exceed $1 trillion.