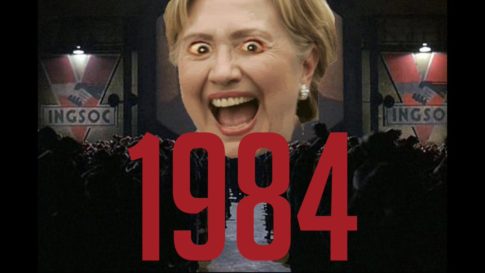 – Hillary Clinton’s Alternative Take On What “1984” Was All About:

Since the official release of Hillary’s new book “What Happened” yesterday, our sense of logic and rational thought has been under constant assault by a steady stream of ‘Hillary-isms’ which provide some rather dark insights into the bizarro world in which she lives.

That said, we’ve seen nothing that tops the following excerpt in which Hillary offers up her expert opinion on the key life lesson that should be learned from “1984”, namely that we should trust and rely on “our leaders, the press, and experts who seek to guide public policy.”

“Attempted to define reality is a core feature of authoritarianism.  This is what the Soviets did when they erased political dissidents from historical photos.  This is what happens in George Orwell’s classic novel “Nineteen Eighty-Four,” when a torturer holds up four fingers and delivers electric shocks until his prisoner see five fingers as ordered.  The goal is to make you question logic and reason and to sow mistrust toward exactly the people we need to rely on: our leaders, the press, experts who seek to guide public policy based on evidence, ourselves.”

Bizarre misreading: @HillaryClinton thinks the lesson of Orwell’s 1984 is that you should trust experts, leaders and the press pic.twitter.com/7rPbrq11fV

Sorry, Hillary…but we’re pretty sure that the key takeway from ‘1984’ was not that we should all trust the government and media just a little more… 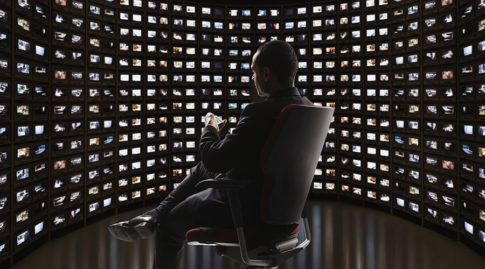 Google has taken the unprecedented step of burying material, mostly from websites on the political right, that it has deemed to be inappropriate. The problem, however, is that the world’s largest search engine is a left-leaning company with an ax to grind.

Let’s face it, deep down in our heart of hearts we knew the honeymoon wouldn’t last forever. Our willingness to place eternal faith in an earth-straddling company that oversees the largest collection of information ever assembled was doomed to end in a bitter divorce from the start. After all, each corporation, just like humans, has their own political proclivities, and Google is certainly no exception. But we aren’t talking about your average car company here.

“The answer to online searches distortion is
a) don’t use GOOGLE.
b) use a non tracking search engine like DUCK DUCK GO as your default.
c) don’t just take the first result, scroll down.”

Despite his opposition to surveillance during the campaign, Trump has flip-flopped once again and now supports the surveillance state.

His Homeland Security advisor, Tom Bossert, who worked with the Bush administration, penned an editorial for The New York Times this week calling for a reauthorization of Section 702 of the Foreign Intelligence Surveillance Act. Section 702 allows for vacuuming up emails, instant messages, Facebook messages, web browsing history, and more in direct violation of the Fourth Amendment.

“This technology is very worrying as it enables government sectors to not only plant false or undesirable items on one’s computer, but now transcripts of private phone calls can be adjusted to include conversations tat simply never took place. Truly Orwellian.”

The government may use the deadly attack in Manchester to launch a crackdown on internet securities.

Government officials appear to have briefed newspapers that they will put many of the most invasive parts of the relatively new Investigatory Powers Act into effect after the bombing at Manchester Arena. 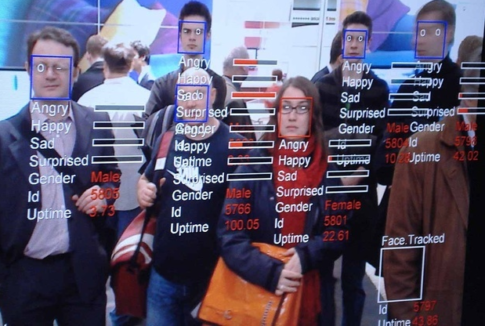 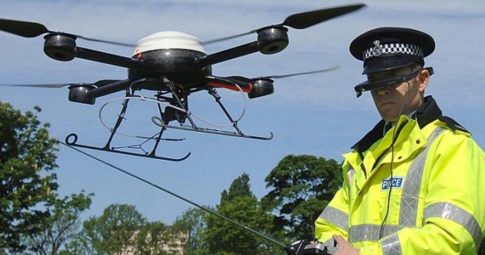 Following the London terrorist attack, UK Home Secretary Amber Rudd has demanded that intelligence agencies be given access to WhatsApp messages, warning it is “completely unacceptable” to let terrorists benefit from end-to-end encryption.

– For the First Time, Police Ask for Entire City’s Google Searches and the Court Says Yes