The Day Before 9/11 Secretary Of Defense Donald Rumsfeld Declared That The Pentagon Cannot Account For $2,3 Trillion

House Speaker Nancy Pelosi claims that a key positive feature of the new wiretap “compromise” is that the bill reaffirms that the President must follow the law, even though the same bill virtually assures that no one will be held accountable for George W. Bush’s violation of the earlier spying law.

In other words, in the guise of rejecting Bush’s theories of an all-powerful presidency that is above the law, the Democratic leadership cleared the way for the President and his collaborators to evade punishment for defying the law.

So, why should anyone assume that the new legislative edict demanding that the President obey the law will get any more respect than the old one, which established the Foreign Intelligence Surveillance Act of 1978 as the “exclusive” means for authorizing electronic spying?

It wasn’t that Bush and his team didn’t understand the old law’s language; they simply believed they could violate the law without consequence, under the radical theory that at a time of war – even one as vaguely defined as the “war on terror” – the President’s powers trump all laws as well as the constitutional rights of citizens.

Essentially, Bush was betting that even if his warrantless wiretap program was disclosed – as it was in December 2005 – that he could trust his Republican congressional allies to protect him and could count on most Democrats not to have the guts to challenge him.

Forbidding the Hoarding of Gold Coin, Gold Bullion and Gold Certificates By virtue of the authority vested in me by Section 5(b) of the Act of October 6, 1917, as amended by Section 2 of the Act of March 9, 1933, entitled

An Act to provide relief in the existing national emergency in banking, and for other purposes~’,

in which amendatory Act Congress declared that a serious emergency exists,

I, Franklin D. Roosevelt, President of the United States of America, do declare that said national emergency still continues to exist and pursuant to said section to do hereby prohibit the hoarding gold coin, gold bullion, and gold certificates within the continental United States by individuals, partnerships, associations and corporations and hereby prescribe the following regulations for carrying out the purposes of the order:

Section 1. For the purpose of this regulation, the term ‘hoarding” means the withdrawal and withholding of gold coin, gold bullion, and gold certificates from the recognized and customary channels of trade. The term “person” means any individual, partnership, association or corporation.

Section 2. All persons are hereby required to deliver on or before May 1, 1933, to a Federal Reserve bank or a branch or agency thereof or to any member bank of the Federal Reserve System all gold coin, gold bullion, and gold certificates now owned by them or coming into their ownership on or before April 28, 1933, except the following: 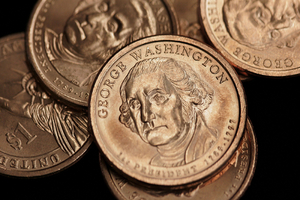 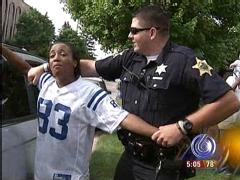 The state has been giving out the stamps for the last six days, but police were called to some offices Friday as people waited in line for hours, Call 6’s Rafael Sanchez reported.

The FSSA office at 4720 Keystone Avenue was overwhelmed by demand, and several people got confrontational. Lines began forming as early as 5 a.m.

The offices at 3500 Lafayette Road were also swamped by requests for help as people from all over the county waited their turn.

The calm broke when employees told them that they would take applications for people who live in eight zip codes in Lawrence and Warren townships — areas most affected by storm damage.

Tempers flared and workers quickly lost control of the situation. Police were on standby to calm a crowd quickly becoming unruly.

“Today, if you’re not in these two zip codes, sorry about your luck,” said Debra Pankow. “This is just crazy.”

The dollar has once again collapsed. Get ready for the next dollar debacle and the coming rally in gold and silver which have just broken out. The elitists have lost all credibility. The would-be lords of the universe have told so many pathological lies that no one “in the know” believes anything emanating from the forked tongues of Buck-Busting, Bear-Bashing, Big-Ben Bernanke and Hanky Panky Paulson. If our Fed Head and Treasury Secretary had been characters in the Walt Disney movie entitled “Pinocchio,” their noses would have quickly grown to lengths that could have been wrapped around the earth’s equator several times. God would have had to reverse the earth’s rotation to extricate them.

Wall Street tells us the odds favor two quarter percent rate hikes to the Fed funds rate by the end of the year. We ask whether that would be before or after the economy collapses? If before, the Fed’s rate hikes will destroy what is left of our economy, and the dollar will collapse, thereby erasing any benefits from the rate hikes. If after, you will see rate cuts instead of rate hikes as the Fed attempts to save the fraudsters on Wall Street who are not even remotely close to recovering from the credit-crunch despite what the elitists might tell you to the contrary. We ask who the morons are that make up these odds, and what planet they come from. They give aliens a bad name. These index predictions are just another form of jaw-boning and disinformation.

As soon as the economy starts its final descent into Davy Jones’ Locker, which is likely to occur in the very near future, the Fed and the US Treasury will unceremoniously toss the so-called “strong dollar” policy into the nearest financial dumpster in order to save the economy and the fraudsters. Accompanying the “strong dollar” policy on its way to the dumpster will be the next round of derivative toxic waste that is on its way courtesy of the upcoming surge in fallout from tanking real estate markets in a process that will see the Fed blow what remains of its general collateral in exchange for such waste. Once the Fed’s general collateral is exhausted, we will be ushered into a new hyperinflationary era characterized by direct monetization of US treasuries to fund our deficits and to absorb more toxic waste as it continues to pour down on elitist financial institutions like Niagara Falls.

A few measly quarter percent cuts will do absolutely nothing to slow the acceleration of inflation, especially if the Fed keeps the M3 at current levels. Only a double-digit Fed funds rate and greatly reduced M3 could have any eventual and meaningful impact on the inflation that is built into the system for at minimum the next year and one half at levels in the area of 15% to 18%, and even then the impact will not be felt until the current baked-in inflation has run its course. Direct monetization of treasuries to replenish Fed collateral and to absorb our growing deficits will put inflation beyond the point of no return, as will the breaking of OPEC dollar pegs.

As you can see, there is no way that any of the proposed diminutive rate hikes will have a positive impact on the economy, on the dollar or on the balance sheets of the fraudsters. Therefore, there will not be any rate hikes. Any increase in the Fed funds rate would be accompanied by an economic catastrophe of epic proportions that would occur as a direct result of the raising of that rate. Any rate hike would take a year to a year and a half to have an impact on inflation. By the time the anticipated Fed rate hikes could have any kind of impact whatsoever, the economy will already be in a state of rampant hyperinflation, and would be well on its way to depression, far too late to save the dollar or the economy. Ergo, the new elitist motto will soon become: “Damn the inflation, full greed ahead!” 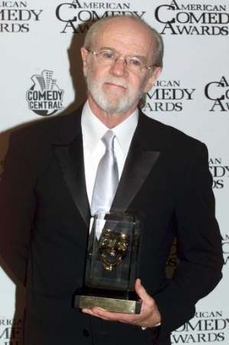