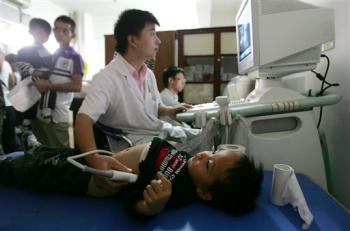 WASHINGTON (AP) – Senate Banking Committee Chairman Chris Dodd says the United States may be “days away from a complete meltdown of our financial system” and Congress is working quickly to prevent that.

Dodd said Friday that Democrats and Republicans on the Hill are coming together to support the Bush administration’s developing plan to buy up bad debt from financial institutions and get the credit system working again. Dodd told ABC’s “Good Morning America” that the nation’s credit is seizing up and people can’t get loans.

The ranking Republican on the Banking Committee, Senator Richard Shelby, predicts the new bailout plan will cost at least half a trillion dollars.

Shelby says the nation has “been lurching from one crisis to another.” Both veteran lawmakers say this is the most serious financial crisis they’ve seen in their years in Congress. 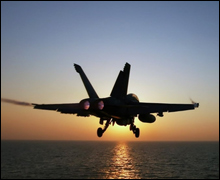 The U.S. military could have plans to use Georgian air bases to launch air strikes against Iran, according to Russia’s envoy to NATO Dmitry Rogozin. He pointed out that Georgia would be the perfect base for a potential U.S. operation in Iran.

“What NATO is doing now in Georgia is restoring its ability to monitor its airspace, in other words restoring the whole locator system and an anti-missile defence system which were destroyed by Russian artillery. Now these systems are being restored as soon as possible. We have unconfirmed information that American ships under cover of himanitarian aid have delivered all the equipment  necessary for the restoration of these systems.”

He noted that there it is impossible that these preparations are designed for Georgia’s protection against Russia, since the war in the Caucasus is over and all the security measures in South Ossetia and Abkhazia are being pursued.

“It’s done for logistical support of some air operations either of the alliance as a whole or of the United States in particular in this region. The swift reconstruction of the airfields and all the systems proves that some air operation is being planned against another country which is located not far from Georgia. What country could it be? Which country is in the spotlight now? Of course it’s Iran, there are no other countries,” the envoy said.

Read more‘U.S. may use Georgian air bases to strike at Iran’

NEW YORK (AP) — Wall Street rallied in a stunning late-session turnaround Thursday, shooting higher and hurtling the Dow Jones industrials up 400 points following a report that the federal government might create an entity to absorb banks’ bad debt. The report also cooled investors’ fervor for the safest types of investments like government debt.

The report that Treasury Secretary Henry Paulson is considering the formation of a vehicle like the Resolution Trust Corp. that was set up during the savings and loan crisis of the late 1980s and early 1990s left previously solemn investors ebullient. Wall Street hoped a huge federal intervention could help financial institutions jettison bad mortgage debt and stop the drain on capital that has already taken down companies including Bear Stearns Cos. and Lehman Brothers Holdings Inc.

Read moreStocks rally on report of entity for bad debt 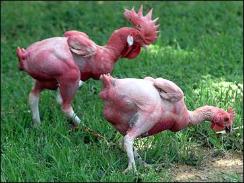 Two featherless chickens peck around in some grass at the Hebrew University in Rehovot. Israeli scientists at the Agriculture department of the university have genetically engineered bare-skinned chickens as part of a research project to develop succulent, low fat poultry that is environmentally friendly. (AP)

The U.S. Food and Drug Administration said Thursday a government review will ensure that such animals are safe to eat.

Genetically engineered animals are created when scientists insert a gene from one species of animal into the DNA of another animal to reprogam some of its characteristics.

Are you capable of taking a perfectly good 158-year-old company and turning it into dust? If so, then you may not be earning up to your full potential.

You should be raking it in like Richard Fuld, the longtime chief of Lehman Brothers. He took home nearly half-a-billion dollars in total compensation between 1993 and 2007.

Last year, Mr. Fuld earned about $45 million, according to the calculations of Equilar, an executive pay research company. That amounts to roughly $17,000 an hour to obliterate a firm. If you’re willing to drive a company into the ground for less, apply by calling Lehman Brothers at (212) 526-7000.

Money market funds have been among the few places that investors could put their cash and sleep peacefully.

At the moment, that is not necessarily true.

On Tuesday, the Reserve Primary Fund, a giant money market fund whose parent helped invent that investment, said its customers would lose money. Instead of each share being worth a dollar for every dollar invested, it said its customers’ shares were worth only 97 cents. In Wall Street parlance, it “broke the buck,” a rare occurrence.

So far, it appears that no other money market funds have fallen below a dollar a share. And other money market managers have hastened to reassure investors that their money is safe. But the Primary Fund’s announcement did raise this question: What, in today’s world, is truly safe?

WASHINGTON, Sept 17 (Reuters) – The U.S. Senate on Wednesday overwhelmingly approved a $612.5 billion defense spending bill for fiscal 2009, including $70 billion for operations in Iraq and Afghanistan.

As passed on an 88-8 vote, the measure would authorize $103.9 billion for Pentagon procurement, $1.2 billion more than President George W. Bush’s request. Overall, Bush had asked for $611.1 billion for national defense.

The bill shifts more of the costs of Iraq’s reconstruction onto Baghdad. It also puts further restrictions on contractors working in Iraq, including prohibitions on interrogations and the performance of “inherently governmental functions” in combat.