Not since the year 1967 has Sydney experienced a colder streak in May. #GrandSolarMinimumhttps://t.co/vn5TCLQ4sL

Mountain passes in Colorado covered with May snow https://t.co/oDtQFJCy0K #grandsolar

This COOLING trend will likely accelerate over the coming months and years as the Sun continues its relative shutdown. Prepare for the Grand Solar Minimum.https://t.co/jjTlTwNjAo

“EXTREME” MAY SNOWFALL HITS THE CZECH REPUBLIC, AS ANOTHER ARCTIC FRONT DESCENDS ON EUROPE

These are the times we are living: ever-cooling temperatures and increasingly volatile "swings between extremes." #Preparehttps://t.co/EZYuFhwtY6

Saturday’s stratospheric eruption will go down as a VEI 2 or 3. Earth’s avg. temperature was already falling off a cliff of late — a global volcanic uptick is the last thing we need. #GSM.https://t.co/JbBBuHgBmr

People are utterly dependent on 'the system' to survive, but they have no idea how fragile it is. Prepare your family for what's coming — it's a question of when, not if.https://t.co/dZunU1hFFh

An ice free Arctic is a pie in the sky fantasy, one dreamed-up by the ‘plotters on high’ in order to keep the purblind masses controlled and compliant. Lemmings, wake up already.https://t.co/d7gong8bT8 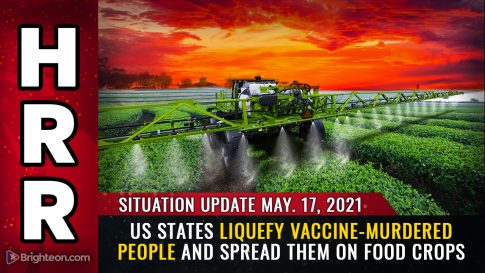 "The study shows that PFAS contamination of breast milk is likely universal in the US…"https://t.co/75PI3M88t0

Nuclear Reactions At Chernobyl "Cause For Concern"https://t.co/SW5EZf6iiJ

'Mother Trees' are intelligent: They learn and remember https://t.co/cSr8pWCJ42

Few researchers have had the pop culture impact of Suzanne Simard. The University of British Columbia ecologist was the model for Patricia Westerford, a controversial tree scientist in Richard Powers’s 2019 Pulitzer Prize-winning novel The Overstory. Simard’s work also inspired James Cameron’s vision of the godlike “Tree of Souls” in his 2009 box office hit Avatar. And her research was prominently featured in German forester Peter Wohlleben’s 2016 nonfiction bestseller The Hidden Life of Trees.

What captured the public’s imagination was Simard’s findings that trees are social beings that exchange nutrients, help one another and communicate about insect pests and other environmental threats.

Previous ecologists had focused on what happens aboveground, but Simard used radioactive isotopes of carbon to trace how trees share resources and information with one another through an intricately interconnected network of mycorrhizal fungi that colonize trees’ roots. In more recent work, she has found evidence that trees recognize their own kin and favor them with the lion’s share of their bounty, especially when the saplings are most vulnerable.

Simard’s first book, Finding the Mother Tree: Discovering the Wisdom of the Forest, was released by Knopf this week. In it, she argues that forests are not collections of isolated organisms but webs of constantly evolving relationships. Humans have been unraveling these webs for years, she says, through destructive practices such as clear-cutting and fire suppression. Now they are causing climate change to advance faster than trees can adapt, leading to species die-offs and a sharp increase in infestations by pests such as the bark beetles that have devastated forests throughout western North America.

Simard says people can take many actions to help forests — the world’s largest terrestrial carbon sink — recover and, in doing so, slow global warming. Among her most unconventional ideas is the pivotal role that the ancient giants she calls “mother trees” play in the ecosystem and our need to zealously protect them.

[An edited transcript of the interview follows.]

Read more‘Mother Trees’ are intelligent: They learn and remember

China emitted more greenhouse gases in 2019 than all of the world's other developed nations put together https://t.co/Xi9TfEa7t4

During the last several years China has been building coal plants like crazy.

China knows that “Winter Is Coming” and is preparing accordingly.

…so not 'global warming' then?https://t.co/hTZju5bSai

"AI and deep learning technology are creating efficiencies across a variety of industries, and we're excited to apply it to agriculture."https://t.co/SXlKVzs9IP

"One of many giant hailstones that came through the roof…" https://t.co/B2OguKZXC0

The 75-year-old tank, called B-109, at Hanford Nuclear Reservation is estimated to be leaking…https://t.co/VMByDWXPfH

The vaccinated are the coming third wave…

Parts of India have officially run out of vaccines as the crisis continues to worsen.https://t.co/NcAHjN0RJW