ARLINGTON, VIRGINIA – Republican Presidential candidate Ron Paul’s newest book, “The Revolution: A Manifesto”, is number one on the New York Times Best Sellers list for May 18th, 2008. The ranking is yet another of the many successes Dr. Paul has had during his presidential candidacy spreading his message of personal freedom and constitutional government.

The CIA is having a growing problem with their analysts and spies being recruited away by corporations.

One unpleasant, for government intelligence agencies, development of the last few decades has been the growing popularity of “competitive intelligence” (corporate espionage.) It’s a really big business, with most large (over a billion dollars of annual sales) corporations having separate intelligence operations. Spending on corporate intel work is over $5 billion a year, and is expected to more than double in the next four years.

The corporate recruiters have a pretty easy time of it, as they can offer higher pay, better working conditions and bonuses. The U.S. government is fighting back, at least on the bonus front. The big innovation is an old corporate one, “performance-based compensation.” Government employee unions usually fight this sort of thing, because it makes too many union members look bad. But there is no union at the CIA, and most other intel agencies. So the Director of National Intelligence is implementing a number of new personnel practices, in order to make it more difficult for corporate intelligence operations to recruit government operatives.

The basic infrastructure all of us depend on every day – including aviation, highway, public transit and rail – is falling apart and needs a proper flushing, if we could find a public water system that worked properly.

That pretty much sums up a depressing report issued today by the congressional watchdogs at the Government Accountability Office today on the state of the US infrastructure. Not only are the problems large, but some of the solutions, such as increased taxes, vehicle usage fees, airline passenger levies as well as adding tolls on highways are as controversial and they would be painful.

And then there are the problems. “For example, demand has outpaced the capacity of our nation’s surface transportation and aviation systems, resulting in decreased performance and reliability. Furthermore, as we recently reported, federal surface transportation programs are not effectively addressing key challenges, such as congestion, because the federal goals and roles are unclear, many programs lack links to performance or needs, and the programs often do not employ the best tools and approaches. In addition, water utilities are facing pressure to upgrade the nation’s aging and deteriorating water infrastructure to improve security, serve growing demands, and meet new regulatory requirements. 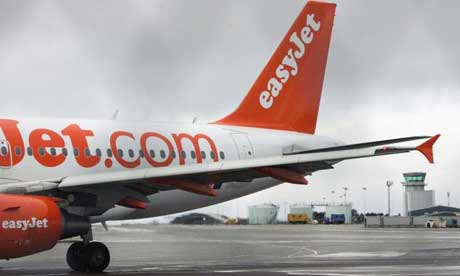 The soaring oil price will drive “weaker” rivals out of business, easyJet claimed this morning, despite seeing its own losses treble over the last six months.

With oil hitting a new record of $122 a barrel yesterday, and Goldman Sachs forecasting it could hit $200 a barrel this year, easyJet predicted carnage in the airline industry.

“If the oil price stays high we will see a number of weaker airlines disappear over the next 12 to 24 months,” chief executive Andrew Harrison predicted.

The budget airline reported a 15% jump in passenger numbers for the six months to March 31, with revenue growing 24% to £892.2m. But its pre-tax losses spiralled to £57.5m, triple the loss it made a year ago. The loss, which was expected following the firm’s profit warning in March, was primarily caused by dearer jet fuel, which costs 80% more than a year ago.

Every $10 increase in the cost of a barrel of oil cuts around £2.5m off easyJet’s profits. Harrison claims the company’s relatively young fleet – its 157 planes are three years old on average – give it an edge.

“A quarter of Europe’s short-haul aircraft are at least 15 years old, so they burn 20% more fuel than our planes,” he said.

Rival airline Aer Lingus yesterday blamed fuel costs for an increase in its baggage charges. From tomorrow, it will cost £12 to check in a bag at the airport.

Oil prices rise to record near $123 a barrel on prediction of $200 oil, supply concerns

NEW YORK (AP) — Oil futures blasted to a new record near $123 a barrel Tuesday, gaining momentum as investors bought on a forecast of much higher prices and on any news hinting at supply shortages. Retail gas prices edged lower, but appear poised to rise to new records of their own in coming weeks.

A new Goldman Sachs prediction that oil prices could rise to $150 to $200 within two years seemed to motivate much of Tuesday’s buying, although a falling dollar and increasing concerns about declining crude production in Mexico and Russia contributed, analysts say.

(This sounds a “little bit” different to what Mr. Alan Greenspan told the public recently. – The Infinite Unknown)

Fannie Mae reported losses of $2.2 billion in the first quarter and the nation’s largest buyer of home loans said Tuesday it would cut its dividend and raise $6 billion in new capital, with expectations that the housing slump will persist into next year.

Home prices fell faster in the first quarter than Fannie Mae had expected, the government-sponsored company said, and it will open a $4 billion share offering immediately, with the remainder being offered in the “very near future.”

Fannie Mae’s federal regulator, the Office of Federal Housing Enterprise Oversight, announced Tuesday that following the stock sale, it will cut the capital surplus cushion the company has to maintain by 5 percentage points to 15 percent. Another five-point cut will come in September, provided there is “no material adverse change” in the company’s regulatory compliance. 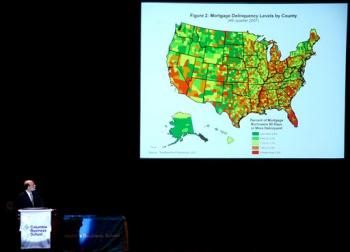 SEOUL, South Korea (AP) – Microsoft Chairman Bill Gates said there will be a vast shift in Internet technology over the next decade as he met Tuesday with South Korean President Lee Myung-bak.”We’re approaching the second decade of (the) digital age,” the software mogul and philanthropist told Lee at the start of their meeting at the presidential Blue House, according to a media pool report.

“The Internet has been operating now for 10 years,” Gates said. “The second 10 years will be very different.”

The US GAO’s 2008 Assessments of Selected Weapon Programs is proving to have a longer tail than usual. Booz Allen Hamilton is a strategic/ I.T/ program assistance consultancy with strong representation in the government and defense sectors. This May Day, we refer readers to the recent Washington Post article “One-Stop Defense Shopping,” wherein Booz Allen Hamilton VPs Dov S. Zakheim and Ronald T. Kadish discuss the state of competition in the American defense industry, and some of its consequences:

“The GAO report lays bare a festering problem in our nation’s military procurement system: Competition barely exists in the defense industry and is growing weaker by the day.

It was a different story just two decades ago. In the 1980s, 20 or more prime contractors competed for most defense contracts. Today, the Pentagon relies primarily on six main contractors to build our nation’s aircraft, missiles, ships and other weapons systems. It is a system that largely forgoes competition on price, delivery and performance and replaces it with a kind of “design bureau” competition, similar to what the Soviet Union used—hardly a recipe for success….”

America is certainly not the only country facing these pressures: Britain is even farther down this road, and Europe is aggressively moving to restructure its own industry into a very few global competitors. Ultimately, the policy implications described here will be played out on a near-global basis, with the possible exception of China. 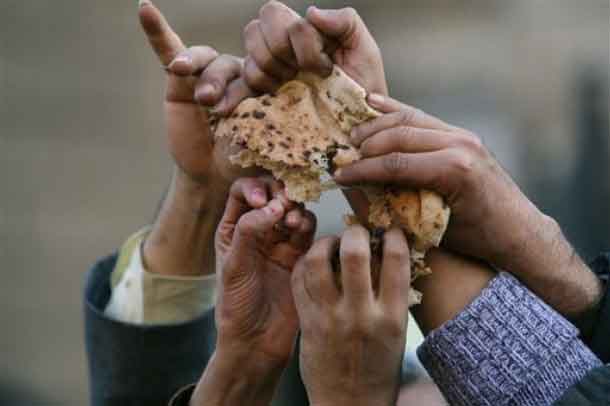