Voters wait in line to cast their ballots in Orlando, Florida today.

Voters in Florida, Ohio and Virginia are among those reporting long lines and problems with ballots and voting machines. Voting-rights groups sound the alarm. 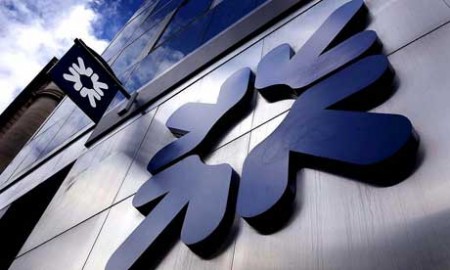 Royal Bank of Scotland (RBS) today revealed that the value of its assets has fallen by £6.1 billion this year as it “regretfully” laid out plans to raise £19.7 billion to prop up its balance sheet.

RBS hopes to raise £15 billion through offering new ordinary shares to investors at 65.5p each, above today’s share price, which fell slightly to 64.8p.The offer is fully underwritten by the Government so, if investors choose not to buy stock, the Treasury will buy the shares, using taxpayers’ funds.

The lender, which raised £12 billion through a rights issue only four months ago, also said today that it will issue £5 billion in preference shares to the Government, which will buy the stock using taxpayers’ money.

Preference shares mean the Government must be repaid before the bank may pay dividends to shareholders.

RBS revealed this morning that it had written down the value of its assets by a further £206 million in the third quarter, adding to the £5.9 billion it declared in the first six months of 2008. The potential third-quarter writedown of £1.2 billion was reduced to £206 million by an accounting change.

One of Goldman Sachs‘s flagship hedge funds, run by two of the Wall Street bank’s most talented traders, has lost close to $1bn since its launch in January in further evidence of the crisis facing the industry.

Goldman Sachs Investment Partners, which was hailed in January as one of the biggest hedge fund launches, raising more than $6bn, has told investors that it had lost $989m by September. It said the fund was down about 13 per cent in the third quarter. Year-to-date performance fell about 15.5 per cent in the year to September.

Utilities are becoming more aggressive about collecting money from delinquent customers, leading to a surge in service shutdowns just as economic woes are pushing up the number of households falling behind on bills.

The utilities say they are under pressure to clean out accounts that are weighing down their books at a time when their stocks are being hammered and earnings growth has slowed.

Meanwhile, the increasing number of homes left without power — which could rise as economic pain deepens — is beginning to worry some consumer advocates and regulators.

In Pennsylvania, PPL Corp. increased shutoffs by 78% in the first three quarters of the year compared with the same period a year earlier. Shutoffs at electric utilities throughout the state increased by 20% in that period. George Lewis, a spokesman for PPL, based in Allentown, Pa., said the utility had been somewhat lax in the past but decided this year to “reverse the trend and prevent people from getting further in debt” by cutting them off sooner. About 3% of the company’s residential accounts have been disconnected for delinquency.

The French state has threatened to seize control of the country’s banks and fire top staff unless they do their part to stabilise the economy by stepping up lending to companies in need.

“The banks have got to open up credit to business: they have the means to do it,” said prime minister Francois Fillon, accusing lenders of hoarding cash. “We don’t think the banks are stepping up to task as necessary. We can withdraw the credit that we have extended to them under the state’s contract with the banks, and that will put them in difficulty. At that moment the question arises whether we should take an equity stake, change their managers, and assume control over their strategy.”

Speaking on French television, he warned: “Broadly speaking, we’ll be able to judge over the next 10 days whether they are playing the game as they should, or not.”

Equipment is moved last month at the shuttered Jianglong Group factory in Shaoxing, China. The textile dye firm was abandoned by the owner. Government officials said recently that he and his wife had been caught.

Financially troubled plants are being abandoned by the boss, leaving behind unpaid workers and debts. Reporting from Shaoxing, China — First, Tao Shoulong burned his company’s financial books. He then sold his private golf club memberships and disposed of his Mercedes S-600 sedan.

And then he was gone.

And just like that, China’s biggest textile dye operation — with four factories, a campus the size of 31 football fields, 4,000 workers and debts of at least $200 million — was history.

Commerzbank, Germany’s second-largest bank, today said it would accept a €8.2bn (£6.44bn) capital injection from the state and a further €15bn in guaranteed funding.

Commerz, which is taking over Dresdner, its smaller rival, said it had agreed to pay no dividends for the next two years. It will also scrap all boardroom bonuses in 2009 and 2010 and cap its chief executive’s salary at €500,000.

The bank made its moves as it reported a net loss of €285m in the third quarter when it was heavily exposed to both Lehman Brothers, the bankrupt US investment bank, and Iceland, the virtually insolvent country.

It said it made a combined operating loss of almost €900m through these two events. In the first nine months its pre-tax earnings of €2.3bn a year ago shrank to €419m.

Germany’s private sector banks have been under considerable pressure from chancellor Angela Merkel to join her government’s €500bn stabilisation package, with the biggest, Deutsche, creating a storm by saying it would be “ashamed” to take part.

Data released on Monday showed that exports, the main growth driver, grew at the slowest pace in 13 months in October, hit by falling demand from China.

The number of £50 notes in circulation has increased by 20%, according to the chief executive of the world’s biggest security transport company.

He said cash in circulation tended to increase in “tougher times” as people shied away from credit.

UK payments body APACS said more use of £50 notes might reflect a lack of trust in the government’s deposit protection.

Read more£50 notes in circulation up 20%

Nov. 3 (Bloomberg) — The U.S. Treasury more than tripled its planned debt sales for this quarter to help finance a 2009 budget deficit that bond dealers advising the department estimate may swell to almost $1 trillion.

Borrowing needs are expected to rise to $550 billion in the three months to Dec. 31, compared with the $142 billion predicted in July, the Treasury said in a statement in Washington. That follows a $530 billion record in the July-September quarter.

The worsening credit crisis and sluggish economy are straining the country’s finances and will leave the winner of tomorrow’s U.S. presidential election facing the worst budget shortfall on record next year. The Treasury is scheduled to announce in two days plans to expand debt sales to fund the gap.

The Treasury acknowledged the fiscal year 2009 deficit is likely to be far above the $482 billion projected in July, citing a new survey of its primary dealers. The financial firms told the Treasury they expect a $988 billion shortfall for the current fiscal year, which began Aug. 1.

The department didn’t release its own estimate for the coming deficit, in keeping with its usual practice. The department did announce more than $1 trillion in borrowing that is taking place between July and December.

Read moreU.S. to Borrow Record This Quarter to Finance Deficit