Saturday afternoon Ron Paul addressed a crowd of about 500 people in front of the Fed building in downtown Houston. They had come together for one of many End the Fed demonstrations throughout the country.

“It is a great event, and I understand that there are a lot of events like this throughout the country. And this should be very significant. We won’t be on the evening tonight, I’m quite sure of that around the country. But we are on the evening news every single night, every single day, and we’re on the minds of the people every single day because there is a crisis in this country that is as bad as, if not worse than the crisis of the Depression of the 30s. That’s on endlessly [on TV], and we know who caused it. It was the Federal Reserve that gave us all this trouble. 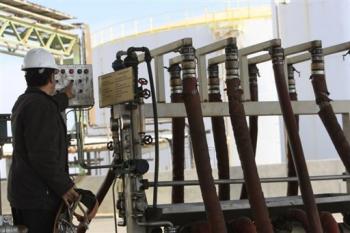 GAZA CITY (AFP) – Gaza’s sole power plant has shut down because Israel will not allow the importation of replacement parts needed for urgent repairs, an official in the impoverished Palestinian territory’s energy authority said on Tuesday.

“Despite deliveries of fuel on Monday, the power plant stopped functioning because of breakdowns in the production units,” said Kanaan Obeid, assistant director of the authority.

He said the frequent shutdowns of the plant, caused by fuel shortages, damaged parts of the production units that cannot be replaced because of the Israeli blockade of the territory.

Israel “refuses to allow in the necessary parts and the plant cannot restart without them,” he said. 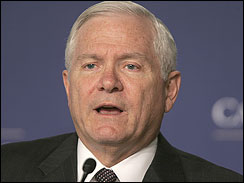 (AP) Defense Secretary Robert Gates on Monday ordered his top department leaders to conduct a broad review to determine whether the military, National Guard and Reserve can adequately deal with domestic disasters and whether they have the training and equipment to defend the homeland.

The 41-page memo signaled an acknowledgment that the military must better recognize the critical role of the National Guard and Reserves in homeland defense, but stopped short of requiring many specific policy changes.

His memo comes in the wake of a stinging 400-page independent commission report that concluded the military isn’t ready for a catastrophic attack on the country, and that National Guard forces don’t have the equipment or training they need for the job. 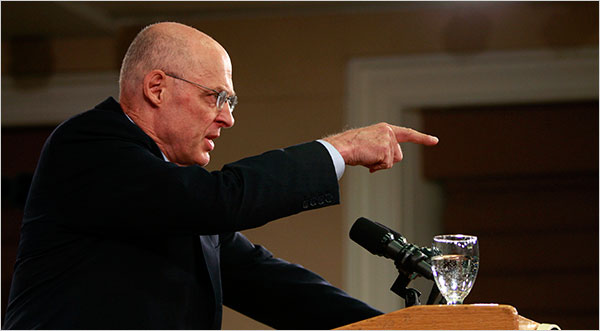 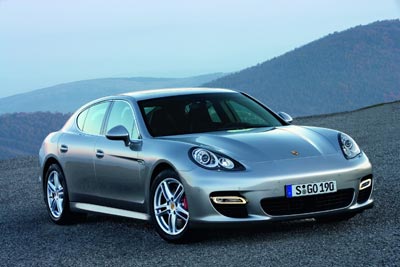 Nov. 25 (Bloomberg) — Porsche SE, the maker of the 911 sports car, said it will suspend production at its main plant for seven days to help cope with dwindling auto sales.

Porsche fell the most in a month in Frankfurt trading after the company said today it will idle the factory in Stuttgart, where it is based. Production was also halted for one day last week, the carmaker said in a statement, without specifying on which days the other closures will fall.

“I don’t think that Porsche’s customers have suddenly fallen into poverty, but they’re reacting to the fact that it may be inappropriate to pull up in a new Porsche when their neighbor’s house is being foreclosed,” said Christoph Stuermer, a Frankfurt-based analyst with research firm IHS Global Insight. “It’s an appropriate reaction.” 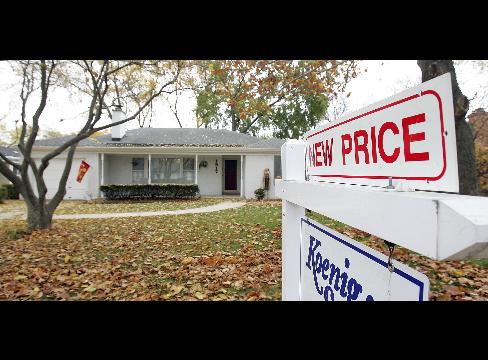 Read moreHome Prices for 20 U.S. Cities Decline Most on Record 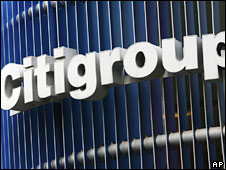 On Friday November 21, the world came within a hair’s breadth of the most colossal financial collapse in history according to bankers on the inside of events with whom we have contact. The trigger was the bank which only two years ago was America’s largest, Citigroup. The size of the US Government de facto nationalization of the $2 trillion banking institution is an indication of shocks yet to come in other major US and perhaps European banks thought to be ‘too big to fail.’

The clumsy way in which US Treasury Secretary Henry Paulson, himself not a banker but a Wall Street ‘investment banker’, whose experience has been in the quite different world of buying and selling stocks or bonds or underwriting and selling same, has handled the unfolding crisis has been worse than incompetent. It has made a grave situation into a globally alarming one.

‘Spitting into the wind’

A case in point is the secretive manner in which Paulson has used the $700 billion in taxpayer funds voted him by a labile Congress in September. Early on, Paulson put $125 billion in the nine largest banks, including $10 billion for his old firm, Goldman Sachs. However, if we compare the value of the equity share that $125 billion bought with the market price of those banks’ stock, US taxpayers have paid $125 billion for bank stock that a private investor could have bought for $62.5 billion, according to a detailed analysis from Ron W. Bloom, economist with the US United Steelworkers union, whose members as well as pension fund face devastating losses were GM to fail.

LONDON (AP) — The financial crisis will likely push the world’s developed countries into their worst recession since the early 1980s, the Organization for Economic Cooperation and Development (OECD) said Tuesday.

In its half-yearly economic outlook, the Paris-based organization said economic output will likely shrink by 0.4 percent in 2009 for the 30 market democracies that make up its membership, against the 1.4 percent growth prediction for 2008. As a result, the OECD said it supported fiscal rescue measures, including tax cuts, provided they were targeted and temporary. 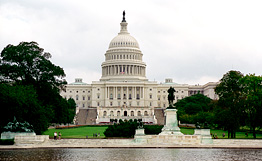 MOSCOW, November 24 (RIA Novosti) – A leading Russian political analyst has said the economic turmoil in the United States has confirmed his long-held view that the country is heading for collapse, and will divide into separate parts.

Professor Igor Panarin said in an interview with the respected daily Izvestia published on Monday: “The dollar is not secured by anything. The country’s foreign debt has grown like an avalanche, even though in the early 1980s there was no debt. By 1998, when I first made my prediction, it had exceeded $2 trillion. Now it is more than 11 trillion. This is a pyramid that can only collapse.”

The paper said Panarin’s dire predictions for the U.S. economy, initially made at an international conference in Australia 10 years ago at a time when the economy appeared strong, have been given more credence by this year’s events.

When asked when the U.S. economy would collapse, Panarin said: “It is already collapsing. Due to the financial crisis, three of the largest and oldest five banks on Wall Street have already ceased to exist, and two are barely surviving. Their losses are the biggest in history. Now what we will see is a change in the regulatory system on a global financial scale: America will no longer be the world’s financial regulator.”