Mask off:
“PALESTINIANS HAVE NEVER DONE ANYTHING RIGHT IN THEIR SAD, PATHETIC LIVES”https://t.co/hKt1HqU7ve

Despite a record increase in the national debt, three rate cuts and a return to QE, GDP growth in 2019 was just 2.3%, the slowest of the Trump presidency. If this was all the fake GDP growth massive fiscal and monetary stimulus could buy, image the severity of the next recession!

GnS: Coronavirus Has The Potential To Trigger A Global Depression https://t.co/ogVW68r6xf

No One Is Above The Law? Hillary Clinton Refuses To Be Served Tulsi Gabbard Lawsuit https://t.co/3F7pHfDXV6

Your Smart Vehicle Is Recording Your Every Move https://t.co/Ipl3DoV2qc

Are Virginia Politicians Really So Fragile They'd Pass A Bill Making It Illegal To Criticize Them? https://t.co/vPhE29dq6W

Snakes In Suits: Are Psychopaths Running The World? https://t.co/5ZOg5Y6pCB

U.K. Police Will Soon be able to Search Through U.S. Data Without Asking a Judge https://t.co/cpdgjuebfi pic.twitter.com/DRZnEB43wy

Anti-Virus Software Harvests ‘Every Search, Every Click, Every Buy, On Every Site’ https://t.co/aYLISggWEi pic.twitter.com/uSuDqrH3ma

Something big is happening in France.

The revolt against Macron is growing.

But we would never know it by watching the corporate propaganda outlets pretending to be credible news operations. #GiletsJaunes #YellowVests pic.twitter.com/8tc3RKdZoO

President Bashar al-Assad: Israel occupies our land; it treats ISIS and Al-Qaeda terrorists in Israeli hospitals, and it operates as ISIS and Al-Qaeda’s air force in #Syria, bombing our troops whenever we are advancing.

Truths you won’t find on CNN or BBC pic.twitter.com/A3mN3krNSe

Yes, ISIS is an operation run by the CIA, the Mossad and MI6… 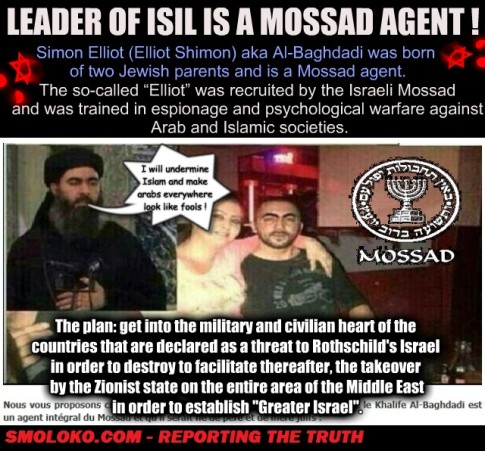 One Week After Saying "Cash Is Trash", Dalio Says It's Time To Diversify Into Cash https://t.co/yG7pMfKsZw

There is no doubt that we are in the “everything bubble.” Pick your asset class and prices are up. But the heavily indebted corporate sector is vulnerable if the #economy begins to slow.

Prediction: Currently investors applaud all the stock buybacks companies are doing. In 1-2 years those cheers will turn to criticism about how companies destroyed capital by buying back their stock at peak multiples/top of the cycle and didn't pay down debt/spend on Capex.

Gold Mine Output Falls For First Time Since 2008 https://t.co/W6LYcZvzxt

Hopefully this will accelerate the Guardian’s path to bankruptcy due to readers wising up to their phoney virtue signalling. As if the Guardian doesn’t depend on fossil fuels for its existence. How do they deliver their paper? How do they run their presses? Fairy dust? https://t.co/kGqnsMfIoH

The BBC in the UK has chosen to partner with Greenpeace and to be advised by Extinction Rebellion. They should be de-funded, the lot of them.https://t.co/5qfypukodq

Woke Democrat presidential candidate Elizabeth Warren announces plans for a Ministry of Truth – I guess it takes a liar to know a liar https://t.co/4jTZdM2UiN pic.twitter.com/Kckeo08I8L

On the road to planned Armageddon and #WW3…

What the hell is going on?

Time travelers must be real! May 1897 pic.twitter.com/bPcjQU0w8S

As soon as they convinced you tolerance is a virtue, they started advocating for your extinction. pic.twitter.com/aimUG0W4lh

What goes on in the head of small guys who walk up to HUGE bouncers and start conflicts?

Don't they ever realize howit will end?

This guy got slapped back to the 19th century pic.twitter.com/0ELHko3j4o

Iranian News Agency Targeted By US Sanction Resorts To Hacking To Get Domain Back https://t.co/tDbDhi7zeh pic.twitter.com/LX8X5ek09H

Get those tweets translated….