Israel is determined to start #WW3.

They will, of course, get their way, and in the end it will initiate their own demise.

Why are the nations of the world led by such crass morons?https://t.co/eKW3QGz4EJ

– Israel Will ‘Eliminate’ Assad if He Continues to Let Iran Operate From Syria, Minister Warns

– Stephen Hawking’s Last Words: We Live In ‘The Matrix’?:

Before he passed away in March, renowned physicist Stephen Hawking had published more than 230 articles on the birth of the universe, black holes and quantum mechanics. But, ten days before his death, Hawking finished his final theory on the origin of the universe  – now published posthumously – and it offers an interesting departure from earlier ideas about the nature of the “multiverse.”

The man who ran Venezuela’s state oil company PDVSA for a decade after 2004 says that the country’s oil firm is on the cusp of total collapse and expects oil production to drop by 600,000 bpd each year amid lack of investment. 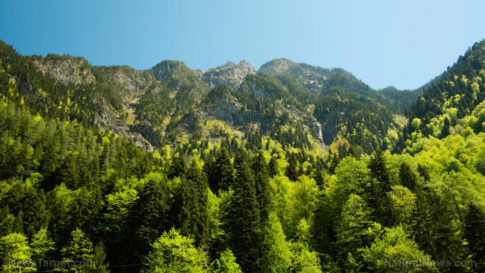 Activist Tommy Robinson has told the #DayForFreedom free speech rally in London that he’s taking Twitter to court, to prove the social media giant is treating “facts” as “hate” at the behest of a censorious British government.

– Putin Sworn In For Another Six Years As Russian President “To Serve The People And The Fatherland”:

Vladimir Putin was sworn in for another six-year term as Russian president, his fourth, buoyed by popular support but weighed down by the ongoing confrontation with the West, a fragile economy and uncertainty about the future.

– FYI: Munger Massacres “Scumbag, Immoral” Bitcoin Traders, Gates “Would Short It” If He Could:

So @Rosie O'Donnell violated federal campaign finance laws by giving too much money to Democrat candidates. I'm sure her using 4 different variations of her name and 5 different New York addresses wasn't an attempt to hide the illegal campaign contributions though.

Great job telling the entire world before her! https://t.co/pwdVJVnIlT

Her friends and family say they cannot bring themselves to tell her the awful news. https://t.co/b5JT3bQtU4

Not really a fan of tattoos but this is one is insane. pic.twitter.com/uUdDhNtD1t