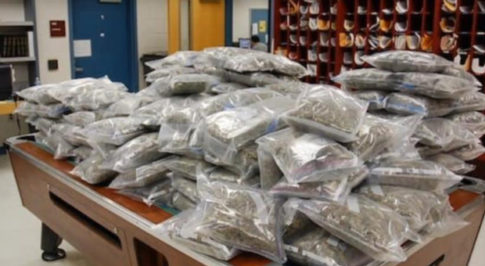 – Police Fired After Claiming Mice Ate Half A Ton Of Missing Marijuana:

A group of eight drug police officers from Argentina have been fired after they balmed mice for half a ton of missing marijuana according to reports.

The officers claimed the rodents had devoured half a ton of marijuana after it was discovered missing following a police made an inspection of the warehouse in which it was stored in Pilar in Argentina.

The former police commissioner, Javier Specia, had left 13,000 pounds of cannabis ‘unsigned’ following his step down from his post over a year ago.

His Successor promptly conducted a search and found that half a ton of marijuana had seemingly disappeared.