A small Norwegian town just inside the Arctic circle and which lies close to the Russian border was jolted awake shortly before midnight on Wednesday as its Civil Defense warning system was triggered and sirens blared, causing locals to believe they were under threat of Russian invasion.

Vadso Norway is a town of only 5,000 but is positioned close enough to its neighbor that locals can see Russia on a clear day. There has long been a Norwegian military intelligence base in Vadso, which monitors the nearby Russian Murmansk naval base across the border to the East, long serving as an observation post for Severomorsk – the main administrative base of the Russian Northern Fleet, out of which at the height of the Cold War over 200 submarines operated. 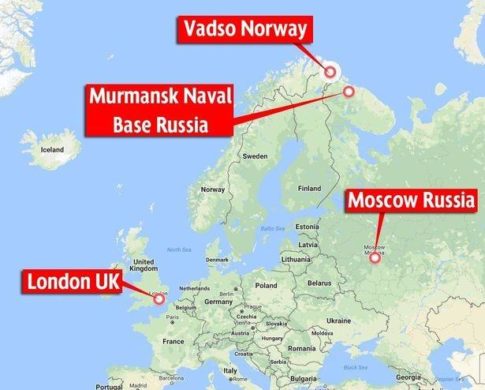 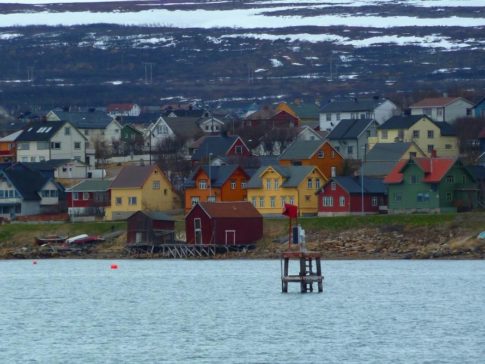 The false alarm originated when one of the town’s multiple defense early alert sirens was activated – subsequently discovered to be an alarm at the town’s old fire station, according to Norwegian public broadcaster NRK. The Norwegian language broadcaster further reported panic ensuing as “anxious residents feared a war had broken out” and as local police were flooded with phone calls from residents who believed “they were under attack.”

Jan-Olav Schjolberg, a police spokesman for the town, said, “some believe, of course, the worst, like war,” and offered no explanation as to what actually triggered the false alarm. It reportedly took over 15 minutes to deactivate the alarm, and Norwegian authorities have initiated an investigation.

During past Cold War decades, Norway – a founding NATO member state – along with its Nordic neighbors Finland and Sweden (which are non-NATO allies) were known for keeping painstakingly detailed survival readiness plans in case of a great power invasion. In the past few years as tensions with Russia have grown in what some commentators have called an escalating ‘new Cold War’ those plans are being revitalized with new massive budgets.

Despite the border between Russia and Norway witnessing centuries of peaceful neighborly relations (the two share a 120 mile land border and nearly 15 mile marine border inside the Arctic circle), tensions between NATO countries and Russia especially in Eastern Europe have lately made Norway deeply distrustful of its militarily powerful neighbor to the East.

A defense assessment by Real Clear Defense in 2016 summarized Norway’s reaction to the ongoing crisis in Ukraine as it was still unfolding during the early stages:

Norway officially acknowledged that it believes Ukraine was illegally occupied by Russia during a state visit to Ukraine on Oct. 18. Russia later added Norway to its list of targets for “strategic” weapons. Russia uses the word “strategic” to differentiate between conventional and nuclear-capable forces.

Norway has invited more NATO troops, including U.S. Marines, to train there. It’s also stepped up its intercepts of Russian aircraft flying near its shores. Norway’s F-16s now maintain a 24-hour alert. The country is also re-opening Cold War-era bases in the far north.

This resulted in a drastic shift in posture toward Russia, and as we reported last summer a total of 330 US Marines were stationed for the first time in Norway (in 2017) since World War II at Vaernes Air Base in the central part of the country.

The Norwegian Parliament had previously approved a one-year trial period for the US military presence – apparently in response to the Ukraine crisis – including two six-month rotations, and US troop numbers are reportedly set to increase as part of subsequent agreements.

All of this means that Norwegian fears of eventually being caught in the middle of a ‘great-power conflict’ between the US and Russia – whether real or imagined – are likely to increase, and we will hear more about false alarms and other “the Russians are coming!” panic-driven scenarios.