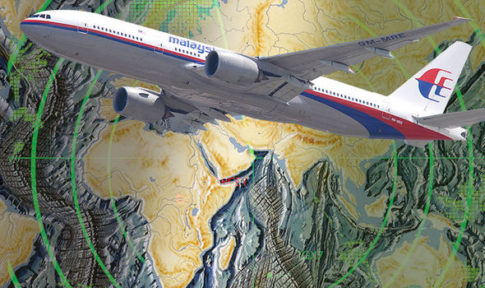 MH370 has been found on Google Earth according to an Australian engineer scouring maps for the missing Malaysia Airlines plane.

Peter McMahon has worked on crash investigations for more than two decades and has been searching for MH370 since its disappearance on March 8 2014.Now he argues that the jet is at a location 10 miles (16km) south of Round Island, north of Mauritius – as reported by the Daily Star.

He has scoured images from Nasa and Google Earth to find what he thinks is the outline of part of an aircraft just below the surface of the water.

But the 64-year-old explosively said the flight’s whereabouts – unknown since starting its journey between Kuala Lumpur and Beijing four years ago – is being kept from the public.

Mr McMahon said: “Four Americans were sent to Australia to oversee the findings of MH370.“They have made sure that all information received has been hidden from the public, even our government – but why?

“They do not want it found as it’s full of bullet holes, finding it will only open another inquiry.”

Investigators have yet to search the area Mr McMahon has honed in on.

What appears to be a piece of the front cabin might also be visible south of nearby Rodrigues Island.At the time, no distress signal or message was sent by the aircraft and all 239 passengers and crew are presumed dead.

The Boeing 777 is thought to have changed course radically around an hour after its take off, before crashing in the ocean off Western Australia six hours later.

Previously there has been a joint search, with Australia, China and Malaysia taking part.