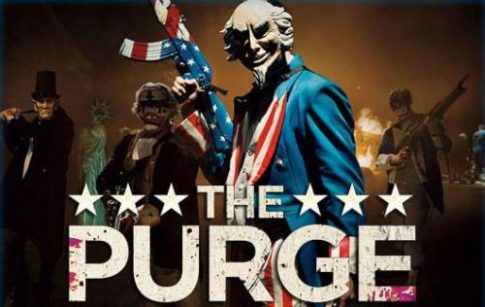 This year could turn out to be a defining year for the United States. It is clear that the US military/security complex and the Democratic Party aided by their media vassals intend to purge Donald Trump from the presidency. One of the open conspirators declared the other day that we have to get rid of Trump now before he wins re-election in a landslide.

It is now a known fact that Russiagate is a conspiracy of the military/security complex, Obama regime, Democratic National Committee, and presstitute media to destroy President Trump. However, the presstitutes never present this fact to the American public. Nevertheless, a majority of Americans do not believe the Democrats and the presstitutes that Trump conspired with Putin to steal the election.

One question before us is: Will Mueller and the Democrats succeed in purging Donald Trump, as Joseph Stalin succeed in purging Lenin’s Bolsheviks, including Nikolai Bukharin, who Lenin called “the golden boy of the revolution,” or will the Democratic Party and the presstitutes discredit themselves such that the country moves far to the right.

Many are puzzled that President Trump has not moved against his enemies as they have no evidence for their charges. Indeed, Mueller’s indictments have nothing whatsoever to do with the Russiagate accusations. Why are not Mueller, Comey, Rosenstein, and all the rest indicted for their clear and obvious crimes?

America’s future turns on the answer to this question.

Is it because the Trump regime is letting the presstitutes and the Democrats destroy their credibility, or is it because Trump is weak, confused, and doesn’t know how to use the powers of his office to slay those who intend to slay him?

If it is the former, then America will move far to the right.

If it is the latter, America will have had its own Stalinist purge, and the purge is likely to follow the Stalin model and to extend down to those who voted for Trump.

The failure of the integrity of the liberal/progressive/left has left the US facing two unpalatable outcomes. One is a right-wing government empowered by the left’s self-defeat. The other is the rise of the Identity Politics state in which oppression will be based on gender, race, and beliefs.

This is not the only issue that could be resolved in 2018. There are others, and the other two major ones are the economic situation and the military situation.

For a decade the central banks of the West and Japan have printed money far in excess of the increase in real goods and services. This money printing has not caused massive inflation of consumer prices. Instead it has caused inflation in financial instruments and real estate.

The high Dow Jones average is the product of this money printing. Can the central banks stop printing money and allow interest rates to rise, thus collapsing equity prices and pension funds? What would be the consequences?

Militarily, since World War II Washington has relied on its armed predominance to dictate to the world. But now the President of Russia has announced possession of what are from the US perspective super weapons that do not, as some claim, give Russia parity with the US, but give Russia immense military superiority over the US, indeed over the entire Western alliance.

The cat has been belled. America is no longer “the sole superpower.” It is a second-rate power whose hubris is likely to do it in. Will it happen in 2018?

If you continue to support his website, you will continue to receive honest analysis of our dangerous times. Paul Craig Roberts’ website is your portal on reality. There is no reality in the presstitute media or in the voices in Washington except the reality of the special interests who rule you for their own gain. Stand up for the truth. Donate here: https://www.paulcraigroberts.org/pages/donate/