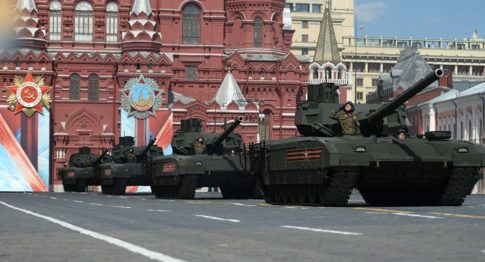 Russia’s new T-14 Armata tank is a breakthrough invention in the military field and has caught the West by surprise, German magazine Stern wrote.

NATO military experts are calling on military concerns to speed up work on production of armored vehicles that could compete with Russia’s Armata, Stern wrote.

According to the magazine, NATO countries couldn’t ignore the new tank that was first presented during Moscow’s Victory Day parade in May 2015. The magazine, in particular, referred to a report of the Sunday Telegraph and an internal paper of the British Ministry of Defense, “every paragraph of which is filled with terror.”

Stern noted that Armata is a tank “that can’t be stopped” and that the West “will need at least 20 years to catch up with Moscow.”

Many would ask why “the West is far behind and how this could happen,” but according to the magazine, the answer is quite simple: NATO countries have simply forgotten about the existence of classic tank battles while Russian engineers have avoided this trap.

“Without hyperbole, Armata represents the most revolutionary step change in tank design in the last half century,” the paper wrote. “Unsurprisingly, the tank has caused a sensation.”

Earlier, military expert Ivan Konovalov told Sputnik that the creation of the state-of-the-art Russian T-14 Armata tank took the West off-guard. According to him, the West never thought that Russia’s military-industrial complex would be able to create the advanced T-14 Armata tank.

The Russian Defense Ministry unveiled its next-generation Armata tank at the May 9 Victory Day military parade in Moscow in 2015. The Armata tank features sophisticated weaponry, a remote control turret and outer armor that explodes on impact to prevent shells from reaching the crew inside.