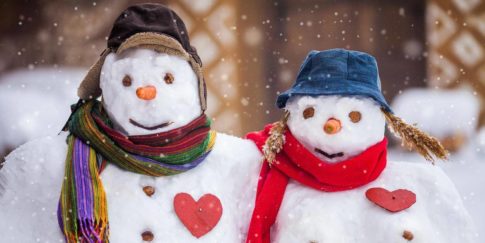 This will seem like an understatement, but it has been snowing quite a lot in the UK this week.

Storm Emma unleashed her wrath on the British Isles on Wednesday and it caused Brits to get very stressed out, much to the amusement of other nations.

Thankfully not everyone was a grump about the weather and it proved a great opportunity for families and friends around the country to build snowmen.

Or should we say “snowpeople?”

Thanks to recent movements to promote gender equality and raise awareness of gender-fluid and non-binary people, there is a thought that the term “snowman” is a little outdated.

Twitter users have begun suggesting that the term should be changed with posts and images of their gender-neutral snowpeople.

The debate has also reached the media and major journalists, with even Piers Morgan getting involved, who, given his history, may or may not have been serious in his enthusiasm.

The subject hasn’t been embraced by everyone though, with some Twitter users vehemently opposed to the ‘politically correct’ idea.

Whichever side of the topic you stand on, there is no denying that it is a thought-provoking debate which is unlikely to go away while the weather remains as it is.

What do you think? Tell us in the comments below.