One of the largest child sex abuse cases in modern history uncovered by Norwegian police has been shamelessly ignored and covered up by Western media outlets.

Amid the rush to cover-up the Pizzagate scandal in the West, media outlets have conducted a co-ordinated coverup of the Norwegian case by refusing to publish any details of it in their newspapers. — YNW 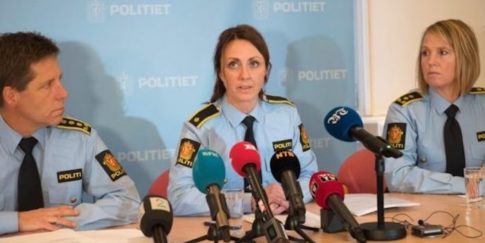 Among the 51 perpetrators said to be involved, 20 have been arrested. The list of the accused includes “highly educated” individuals, including two former or current elected politicians, one teacher, a lawyer and a police officer.

Yet, English-language media both in Europe and stateside in the U.S. have ignored the story.

Police stressed that the case involves a network. The investigation is ongoing.

So while the U.S. media busied itself with its campaign of denial, lies and cover ups involving Pizzagate and “fake news,” this huge child sex abuse story broke in Norway.

The story did appear on Associated Press’ wire, but did anyone run it?

The infamous crime syndicate rags The Washington Post had the story briefly on Nov. 20 but has since taken it offline, as did The New York Times. German state news group Deutsche Welle provided a brief story, and Sputnik ran a more thorough article.

It is a truly remarkable story with global implications. Take special note of the shocking file size — 150 terabytes! It’s too horrible to even contemplate. To put this into context, the Library of Congress holds about 600 terabytes of Web data.

Its online archive grows at a rate of about 5 terabytes per month. Also note the horrifically sadistic nature of the material seized.

And note that police are investigating the reach as worldwide, which means it involves a massive scale of evil filth. But nobody in the criminally compliant mainstream media thinks its newsworthy.

Adding insult to public-service journalism injury, the crime syndicate has shifted gears and rolled out entertainment media to mock you. If you can stomach it, watch Stephen Colbert (below) reading unnaturally off of a script about fake news, Pizzagate and Michael Flynn.

He engages in the same straw-man arguments we covered in our critique of the The New York Times’ skuldruggery.

Colbert puts forth all the usual deceptions involving Hillary Clinton, tunnels and basements before declaring Pizzagate was politically motivated and fake.

When you see this particular narrative, know that you are being gas-lighted and diverted.

Yeah, laugh it up, fellas [but before you do, please check out the pictures uploaded on Instagram by James Alefantis, the owner of Comet Ping Pong pizza restaurant].

The New Nationalist (TNN) has said from the beginning that Pizzagate is a poor term. This goes far beyond just one perv hangout pizzeria.

And, of course, it transcends the political spectrum, which explains why there is no investigation. The assertion that Pizzagate is “right-wing” inspired is a scam.

We are true humanists, who insist on protecting children from criminals.