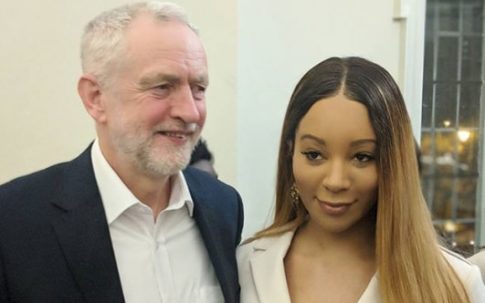 – Transgender model who said ‘all white people are racist’ appointed as Labour adviser:

A transgender model, who was fired by L’Oreal for her comments in which she said all white people are racist, has been appointed as a Labour equalities advisor.

The panel of advisors is managed by Dawn Butler MP, who is the Shadow Secretary of State for Women and Equalities.

Munroe Bergdorf, 30,  made history when she was hired as L’Oreal’s first transgender model, but was fired days after the appointment when critics unearthed comments she made in response to the far-right march at Charlottesville.