– In Tweetstorm, Trump Denies Knowing Woman Who Accused Him Of Forced Kissing:

The woman, Rachel Crooks, first described her story to the New York Times several months before the 2016 election…

President Trump’s raging weekend tweetstorm metastasized into a non-stop fusillade of angry outbursts on Tuesday as he lashed out at many of his favorite targets this morning, including his predecessor, former President Barack Obama, and Robert Mueller’s ongoing probe into possible collusion between Russia and the Trump campaign..

Thank you to @foxandfriends for the great timeline on all of the failures the Obama Administration had against Russia, including Crimea, Syria and so much more. We are now starting to win again!

“There is no serious person out there who would suggest somehow that you could even rig America’s elections, there’s no evidence that that has happened in the past or that it will happen this time, and so I’d invite Mr. Trump to stop whining and make his case to get votes.” …..

….The President Obama quote just before election. That’s because he thought Crooked Hillary was going to win and he didn’t want to “rock the boat.” When I easily won the Electoral College, the whole game changed and the Russian excuse became the narrative of the Dems.

I have been much tougher on Russia than Obama, just look at the facts. Total Fake News!

Trump also lashed out a the Pennsylvania Supreme Court, which recently rejected a Republican-approved legislative redistricting map on the grounds that it was improperly gerrymandered. Trump exhorted Pennsylvanians to challenge that decision “all the way to the Supreme Court,” adding that the “original was correct.”

Hope Republicans in the Great State of Pennsylvania challenge the new “pushed” Congressional Map, all the way to the Supreme Court, if necessary. Your Original was correct! Don’t let the Dems take elections away from you so that they can raise taxes & waste money!

But perhaps the highlight of the morning was when the president took a minute to deny a story that ran on the front page of Tuesday’s Washington Post. The story quoted a woman who accused the president of forcibly kissing her in the lobby of Trump Tower 12 years ago. Trump denied he’d ever met the woman.

A woman I don’t know and, to the best of my knowledge, never met, is on the FRONT PAGE of the Fake News Washington Post saying I kissed her (for two minutes yet) in the lobby of Trump Tower 12 years ago. Never happened! Who would do this in a public space with live security……

Trump then questioned why WaPo doesn’t report on allegations that some of his accusers were reportedly paid to make their allegations. Trump even suggested that one had her mortgage paid off…

….cameras running. Another False Accusation. Why doesn’t @washingtonpost report the story of the women taking money to make up stories about me? One had her home mortgage paid off. Only @FoxNews so reported…doesn’t fit the Mainstream Media narrative.

The woman, Rachel Crooks, first described her story to the New York Times several months before the 2016 election. The “famous incident” as her friends call it, allegedly happened in January 2006 – when she was 22 – and working as a secretary for the Bayrock Group, another company that rented space in Trump Tower, and reportedly had some business ties with Trump. 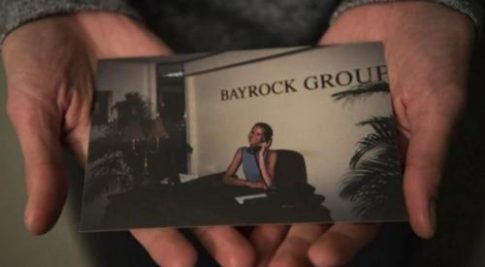 Crooks is one of 19 women who have accused Trump of varying degrees of misconduct.

Her profile in the Post coincided with her announcement that she’s running for a seat in the Ohio State Legislature. Trump argued that pulling off a “two-minute” unwanted kiss like that in the middle of the Trump Tower lobby with security and everybody watching would’ve been impossible.

This isn’t the first time Crooks discussed the alleged incident. Citing a Fox News report from December, Trump questioned in a subsequent Twitter post why the Washington Post isn’t more focused on past false accusations. However, the story Trump appears to be referring to was a story from The Hill that reports that a women’s rights lawyer, Lisa Bloom, allegedly sought compensation for women who accused Trump of sexual misconduct.